What can we learn about the Tudors from their art?
View resources Teachers notes Share View related stories
Add to board
Previous section
Sir William Segar - Background Information

Beauty at a Cost

Ideals of beauty in Tudor times came at a price and women risked their health to reach them. The Tudor view of pure beauty during the Elizabethan era was a woman with light hair, a very pale complexion and red cheeks and lips. 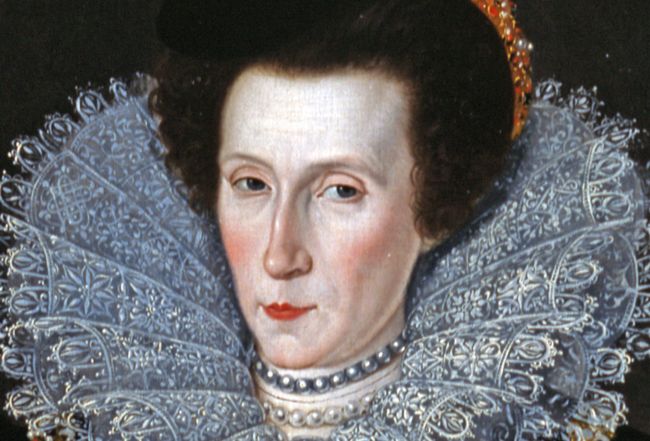 This snow white complexion could only be achieved by a wealthy woman of the upper class. Poor women would have had a hard life, often working outside, exposed to the sun giving them a darker, tanned complexion. The pale complexion was therefore a sign of wealth and nobility.

Queen Elizabeth I set the fashions of the day during her reign.  Although she did have the natural attributes of this ideal image of beauty, she exaggerated her paleness by using white make-up. Our noble woman was also very fashionable and we can see that she has also used white make-up in the painting. The look was completed with expensive rouge made from cochineal to stain the cheeks and the lips. Cochineal was made from crushed up insects.

The white make-up, called ceruse, was a mixture of white lead and vinegar. We now know that lead is poisonous and women in Tudor times often contracted lead poisoning, rarely living past the age of 50. It is thought that Elizabeth I had lead poisoning in later life which had contributed to her death aged 70.

The acquisition of a pale complexion was so desirable that rich Tudor women were also bled to achieve the desired pale look.

Light-coloured hair was the fashion in Tudor times.  Yellow hair dye was made from a mixture of saffron, cumin seed, celandine (a yellow flower) and oil. Wigs and hairpieces were also popular and Queen Elizabeth was said to own over eighty wigs, periwigs and hair pieces. Hairstyles changed with the different fashions for headwear. During the early Tudor period women's hair was worn long, covered by an elaborate headdress. During the Elizabethan era this changed when the fashion for ruffs became far more elaborate and oversized. Headwear became more delicate and hair was worn swept away from the face as can be seen in our portrait.

A Passion for Fashion