What can we learn about the Tudors from their art?
View resources Teachers notes Share View related stories
Add to board
Previous section
Beauty at a Cost

A Passion for Fashion

Getting dressed in Tudor times was a complicated and time consuming affair, especially if you were rich.

Laws were passed to ensure that nobody got above their station, wearing clothes which were classed as being too good for them.

This was known as the Sumptuary Law.

The Tudor Sumptuary Laws and regulations, called Statutes of Apparel, were passed to restrain or limit the amount of money people spent in relation to their clothes, food, furniture, etc. The Sumptuary Laws forbade the use of certain articles of luxurious apparel according to rank and class and stated the various articles of clothing prohibited to both.  These Laws dictated what colour and type of clothing people were allowed to own and wear, an easy and immediate way to identify a person's status.   For example, only Royalty could wear clothing trimmed with ermine,  and gentry clothes of silk. Silk weaving began in China and expanded along the ‘Silk Roads’ through Asia and North Africa reaching Spain in 712, Italy in the 1200s, France and the Netherlands in the 1400s and later to England as part of the emerging British Empire.

The costume we can see in the noble woman's portrait is of the late Tudor style.  The bodice is long and the skirt is worn over a farthingale - a circular frame that gives the skirt its exaggerated wide appearance. 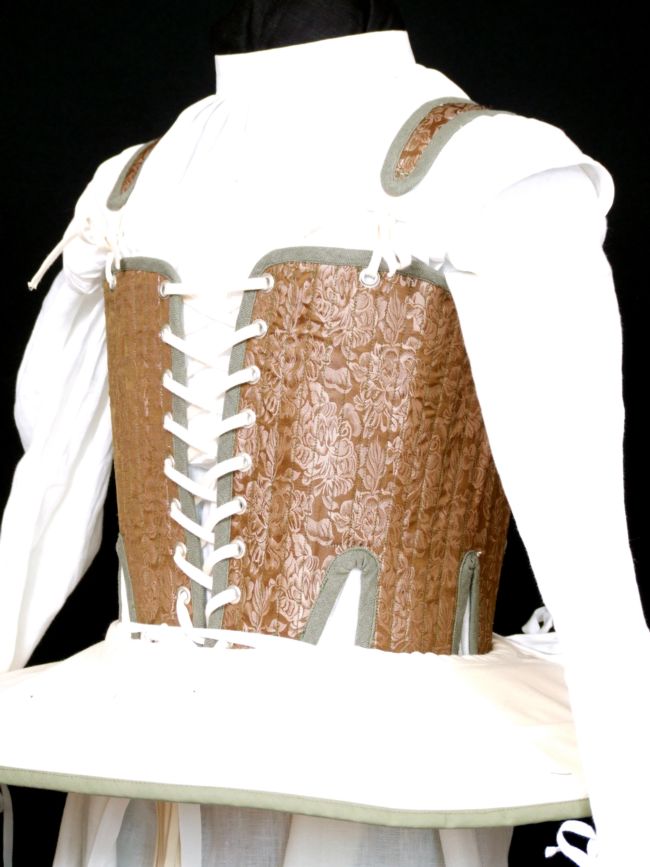 In the early Tudor period, the style was for a much more triangular shape from head to foot.  Very early portraits of Elizabeth I or Henry VIII's wives will demonstrate this.  Clothes were designed for the cold English weather and involved many layers.  Although palaces were very grand places, they were not at all warm in the harsh English winter. 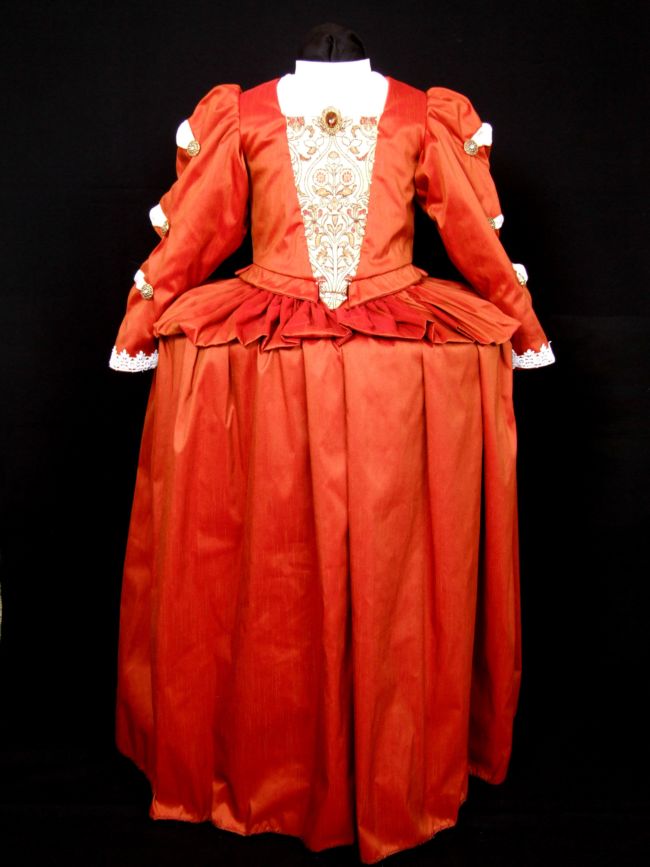 Poor women would also wear a number of layers - a smock, skirts and a bodice.  These would be made from wool or linen.

Men also wore many layers of clothing.  Rich men wore very ostentatious garments that demonstrated their wealth.  These included the shirt - a basic undergarment, but often highly decorated with embroidery.  It was considered a wife's duty to make shirts for her husband.  The other key garments were the doublet - a short jacket, hose - a type of short trouser, and nether stocks - a garment like tights worn underneath the hose. 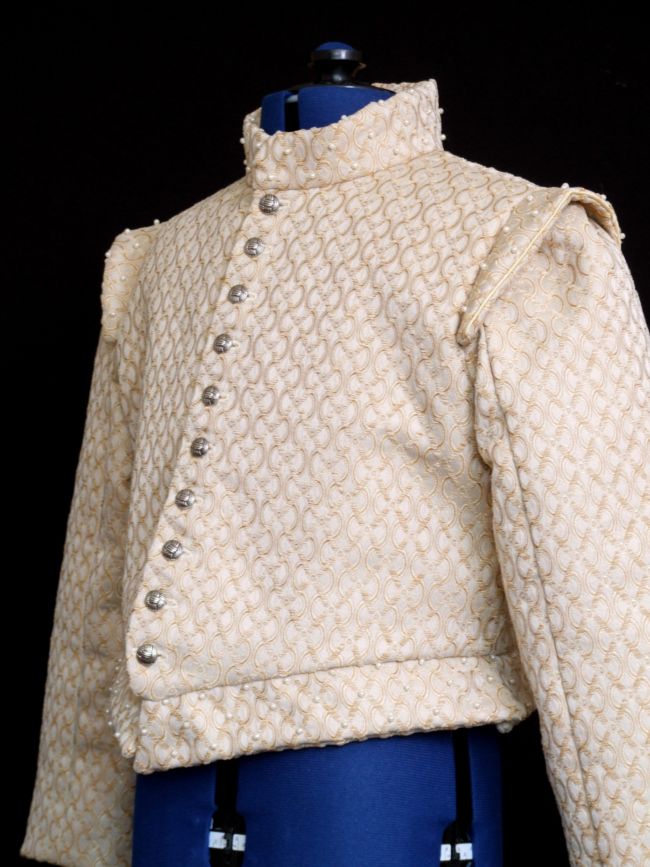 In the late Tudor period, hose were knee length and the doublet was padded at the front to simulate a pot belly - perhaps to show the wearer was rich enough to eat well.  This was known as a peascod doublet.

In the early Tudor period, rich men also favoured lavish coats or gowns.  This would be the final layer and was made of luxurious materials such as velvet and furs.  Portraits of Henry VII often show him wearing a full coat.

Poor men wore a plain shirt, breeches, a jerkin (vest-like garment often made of leather) sleeves and in cold weather a cloak.  Sleeves were separate and attached to the jerkin with ties.

Artists of the Tudor Court