The aim of this resource is to engage pupils with concepts of bravery, duty, heroism and military honours by looking at six First World War medals and the stories behind them.

It will also provide an overview of different medal designs and why specific colours, shapes and materials were used.

WW1: As the name suggests, the First World War (1914-1918) involved many countries across the globe. Initially, Austria-Hungary declared war on Serbia in Eastern Europe for resisting its imperial control. The declaration prompted a domino effect as countries stepped in one after another to support their allies on each side. Eventually, this meant that countries such as Austria-Hungary, Germany and Italy were at war with countries including Britain, France and Russia. As some of these had their own empires, the countries within the empires were made to fight too, supporting their rulers, or were attacked by their rulers’ enemies. For example, troops from India, Australia and New Zealand fought for Britain and the Indian army attacked German colonies in Africa. In 1917, the USA joined the war on Britain’s side. Consequently, huge portions of the world ended up entangled in the conflict. 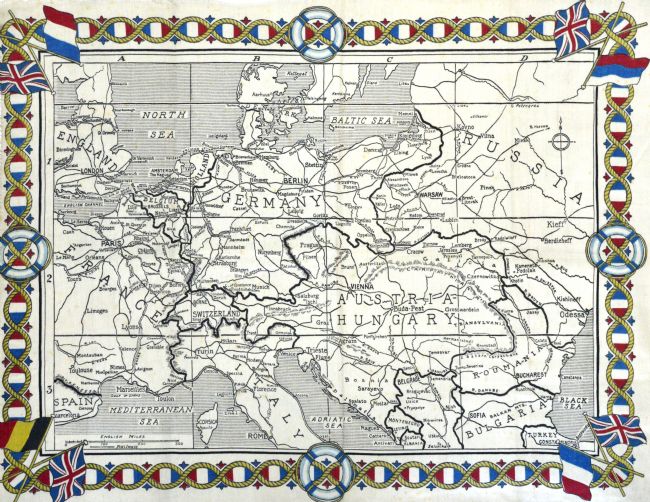 Map of Europe in 1914, Printed on Cotton Handkerchief

This resource supports the online interactive 'Our First World War Guardians' by providing additional background information to the activities within it, and putting them into context.  On the interactive, you can design and name your own medal, write about what your medal would be awarded for, then preview it in 3D and print a PDF version!

Images of all the medals featured in this resource are available to download as a separate PDF or PPT file and there is a picture quiz and a blank medal template to download too on the Resources page.