In 1921 the British Red Cross awarded a medal to men and women who had volunteered during the First World War. Those who received the medal had worked for 1,000 hours, or 83 individual 12-hour shifts. 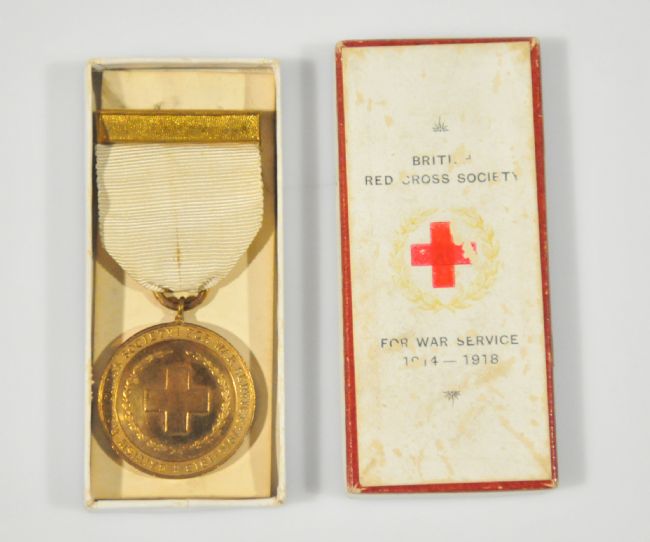 Many of these people worked on the Home Front in hospitals or nursing homes in the United Kingdom. Ambulance drivers or stretcher bearers, who would usually have worked on the Front Line during the fighting, needed to have worked for 500 hours to receive the medal.

Over 40,000 of these medals were awarded just in Britain to people who had volunteered between 4 August 1914 and 31 December 1919. This was an unofficial medal because it was not given by the government. Other countries with Red Cross or Red Crescent Societies also gave out similar medals.

Phyllis Susannah Tessier was awarded the Red Cross Medal for volunteering as a nurse for over 1000 hours during the First World War. 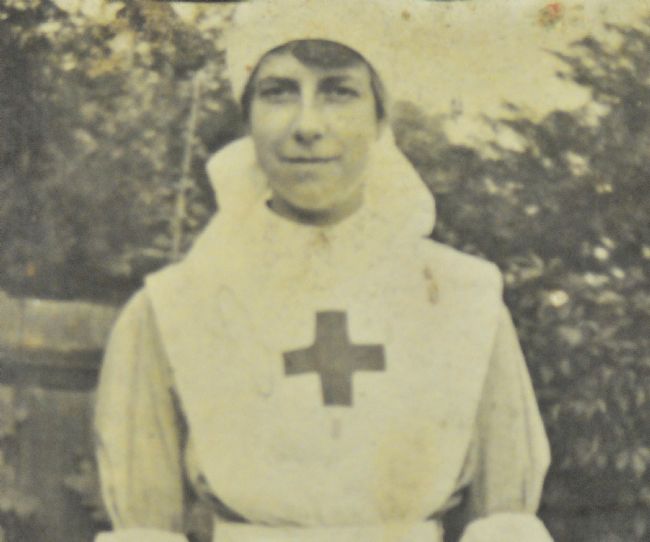 She was born in 1897 in Surrey, and from her registration card we know that before she became a nurse, she was a school teacher. Phyllis was 5 feet 7 inches tall, with light brown hair and grey-green eyes. 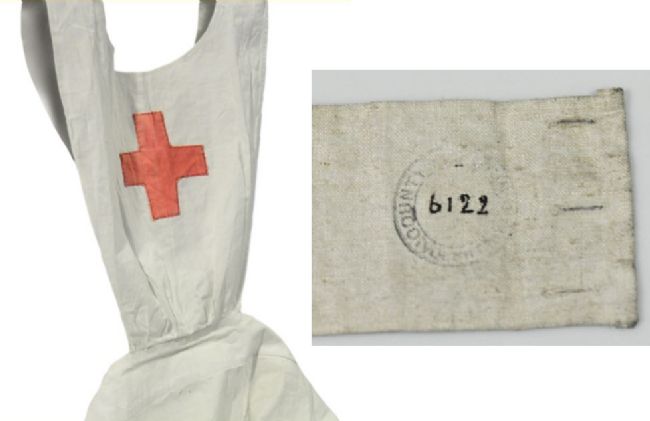 An important part of Phyllis’ uniform was her apron. It was made of white cotton fabric, with a Red Cross symbol sewn on to the front. The apron was worn over a blue uniform dress. The uniform also included a cap, which tied at the back of the neck, and cuffs, which could be removed and sterilised. She also wore an arm band called a brassard, which had her unique Red Cross number of 6122 on it. 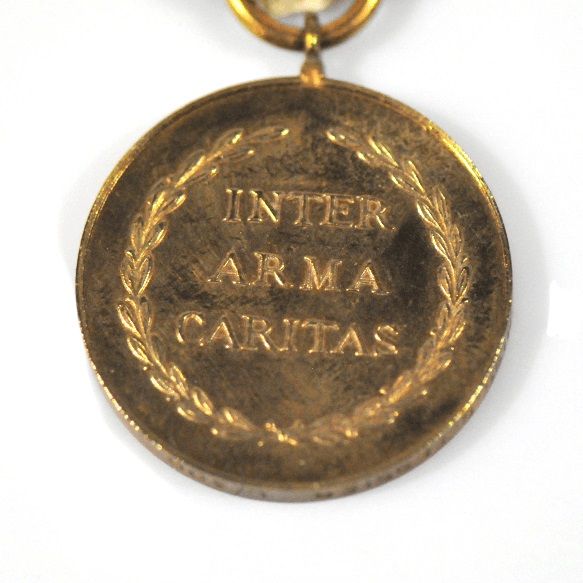 View Phyllis' story in graphic form and get a detailed description of the Red Cross Medal on the WW1 Medals Interactive 'Our First World War Guardians'.  The interactive includes the five other medal recipients' stories and a 'make your own medal' online activity.

Home Front - life at home, away from the fighting
Latin - a language that was spoken by the Ancient Romans
Sterilise - to make things like bandages clean to prevent infection
Stretcher bearer - someone who carries a stretcher
Symbol - a sign, like a picture, which has a meaning
Volunteer - an unpaid helper
WW1 Registration card - an identity card (like a passport)