King George V felt very strongly that those who fought early on in the First World War should be awarded a medal to reflect this. The 1914 Star Medal was awarded to people serving on the Western Front in France from 4 August to 22 November 1914. The majority were awarded to soldiers who had been in the army before war was declared. 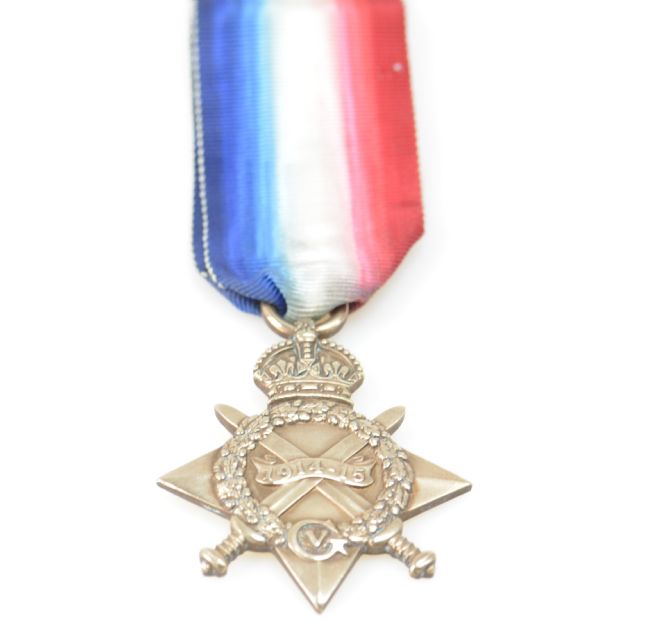 Later, the 1914-1915 Star was also produced. People who had fought outside France during 1914 or in other difficult campaigns in 1915 felt that they should have their own award. A newspaper campaign to give them a medal led to the 1914-1915 Star being created for people who had fought in any theatre of war between 23 November 1914 and 31 December 1915. Many of the volunteers who fought in this period may have belonged to Pals battalions, which were made up of local men who joined up together.

The 1914-1915 Star was always awarded as part of group with the British War Medal and the Victory Medal.

Bombardier John Fox served in the Royal Artillery, after joining up in 1915. As well as the 1914-1915 Star Medal, John was also awarded the Distinguished Conduct Medal for bravery. A newspaper report described the act that gained him this medal: 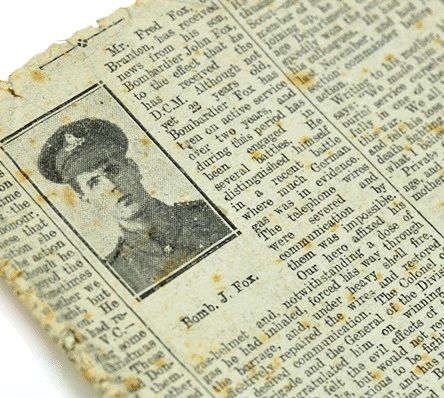 '...he maintained signal communication throughout the day in a most exposed forward position under continuous shell fire.

He showed an entire disregard of danger and his courage and determination enabled several batteries to complete their registration.

'During an action he kept up communication under heavy fire in the open and sent back valuable information. He also repaired telephone wires on several occasions under a heavy barrage.' 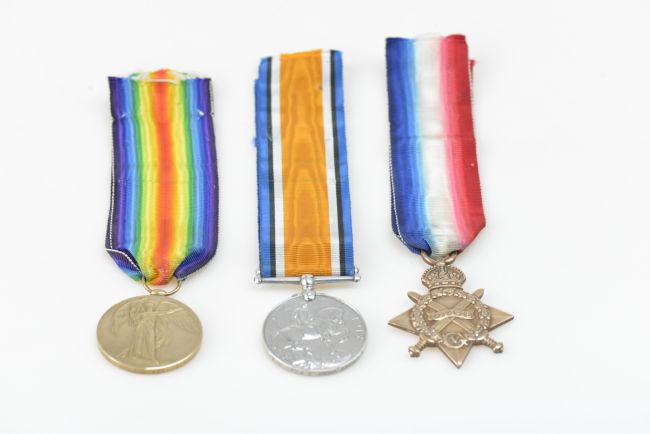 The only way that soldiers in the trenches could communicate with people elsewhere or in other trenches was by telephone. It was vital to keep telephone wires in one piece so that they could receive news about battle plans or let each other know what they were doing. German forces would try and cut communications wires and intense shelling could break them too. If Allied forces moved forward then new communication wires had to be laid.

John Fox lived in Middleton, Leeds, for his entire life and after the war he worked for the Electricity Board. 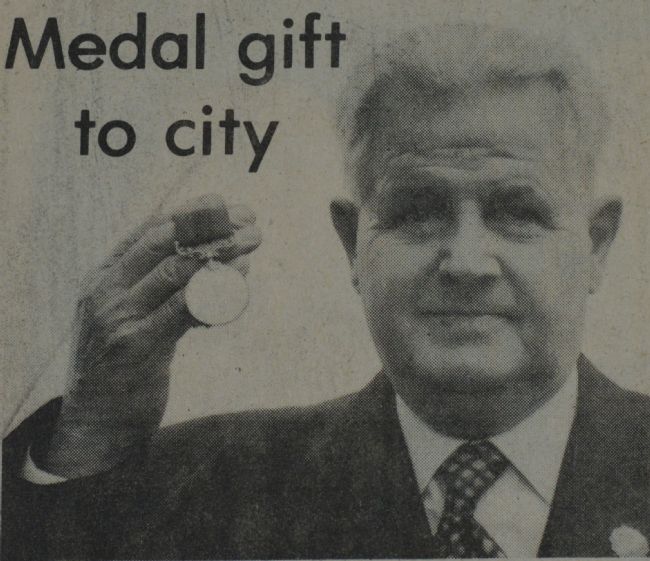 John Fox Donating his Medal to the City of Leeds

View John's story in graphic form and get a detailed description of the 1914-1915 Star Medal on the WW1 Medals Interactive 'Our First World War Guardians'.  The interactive includes the five other medal recipients' stories and a 'make your own medal' online activity.

Barrage - non-stop gunfire over a wide area
Battalion - a large group of soldiers who work together
Bombardier - an airforce crew member who drops bombs
Campaign - plans made to make something happen
Distinguished - an act that shows something good, like bravery
Pals Battalion - men from the same town or region who joined the armed forces together
Monogram - initials (first letters of a name) used to decorate something
Royal Artillery - soldiers in charge of guns and gunfire
Theatre of war - an area where there is fighting
Trench - a deep hole in the ground, used by soldiers in WW1