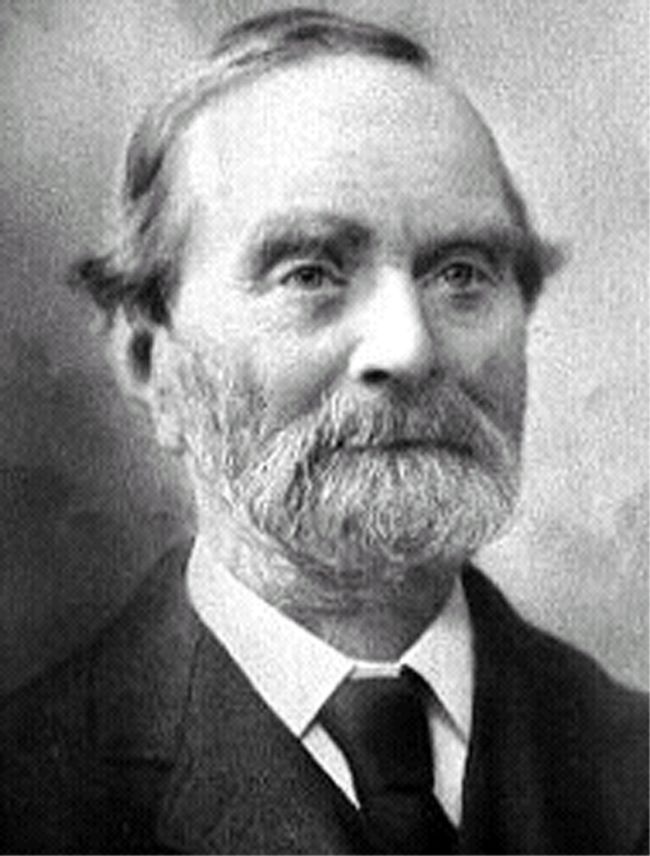 The development of railways povided increased competition for the canals in the 1850s and Bartholomew realised the importance of maintaining a competitive coal transport trade. An efficient system to move large cargoes of coal was essential. Tub boats had been used on canals before now (pulled by a horse on the tow-path) but Bartholomew devised and patented a system of compartment barges linked together and hauled by a steam tug. 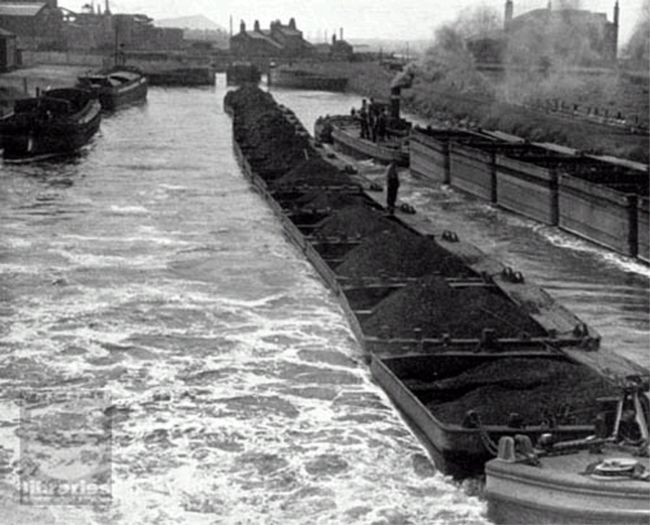 Initially the barges were of a standard size, around 20ft in length, 14ft wide, 6ft deep and rectangular in shape with rounded, slightly curved edges. Though originally made of wood and steel they were later entirely of steel.

They could carry up to 40 tons of coal and these 'trains' of linked barges could be 30–40 in length.

Bartholomew's design involved a projection on one barge fitting into a recess in the stern of the barge in front. The last barge would have a rudder. The flexibility of the linking system made navigation easier and Bartholomew specified the couplings as being central to allow the barges to curve to left or right as required for steering. Initially the barges were pushed along by the tug, the lead barge (or 'Jebus') having a pointed bow, but this was later changed to having the power source at the front as it was more difficult to control the longer trains when pushing. By the end of 1864 trials were complete and the barges operational. The linked barges were locally given the name Tom Puddings. 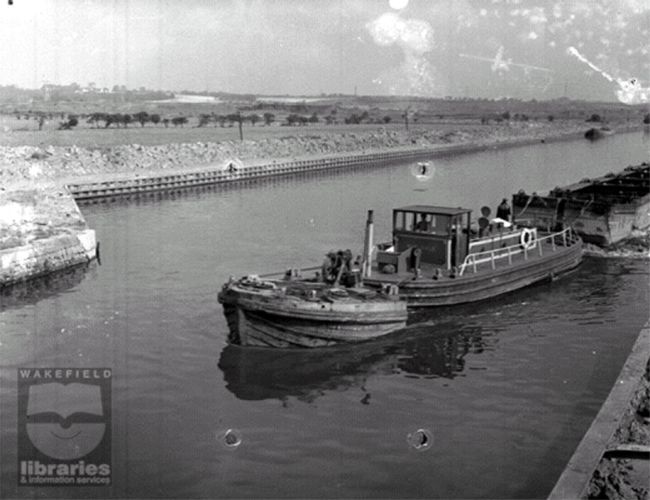 The End of an Era

Despite the development of railways Bartholomew’s system continued to be economical, and in fact was referred to as the 'water railway'. Eventually diesel tugs replaced the steam ones and millions of tons of coal were transported to Goole. It reached a peak in the years leading up to the First World War, and then gradually declined until the final cargo was transported in 1986.