The Romans tended to eat fruit, vegetables, meat, bread and cheese. They used olive oil when cooking and a number of different herbs and spices. The Romans also enjoyed eating snails fattened in milk. They also introduced a lot of food and spices to Britain. However they ate a lot of things that we would not eat today such as swans.

The Romans drank a lot of wine, which eventually led to the death of Emperor Maximian who drank 34 litres of wine a day! The Romans tended to lay down when eating and would eat a huge amount of food at a time. They would eat until they had to be sick and then they would then go back to the dining room and continue eating. 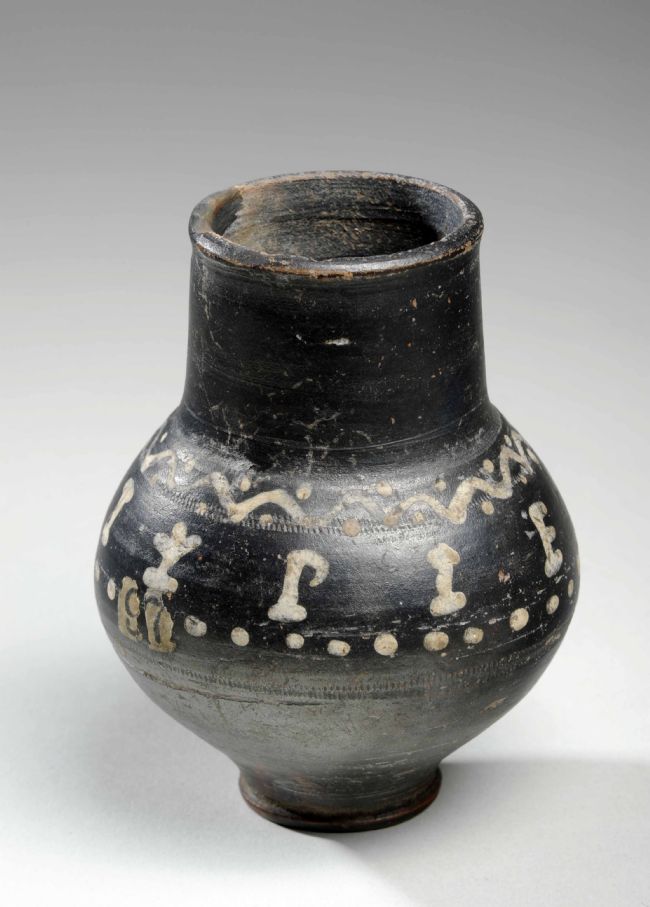 The Romans had plates and tended to eat with their fingers using a napkin to wipe them and keep them clean, although they sometimes used spoons, knives and forks. They would eat off plates or bowls and the wine would be served from jugs. Roman slaves would set up and serve all of the food.

The Romans used to place a small amount of food in front of a statue of the family god. At a large Roman feast there would be dancers, acrobats, jugglers, clowns and sometimes even gladiators trying to kill each other for entertainment.

In the video below, Emily talks about Roman food and examines related artefacts from Leeds Museums & Galleries collection.

Religions and the Roman Empire