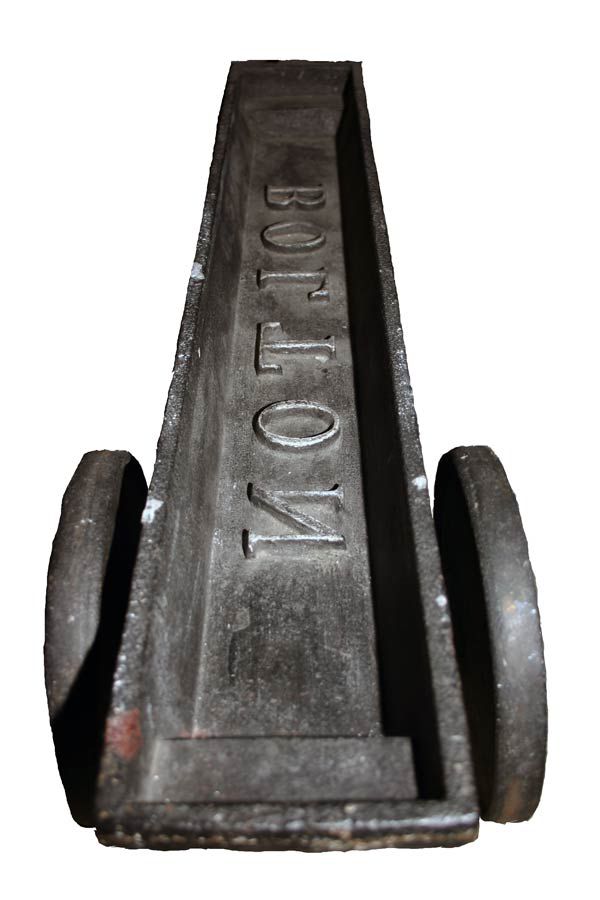 The smelting process is essentially very simple. Pellets of Galena are heated until they reach melting point. Because lead has a low melting point any impurities are not melted and are left as waste. The molten lead can be allowed to drain from the fire hearth into a collecting pot and then poured into moulds to form blocks of pure lead metal. 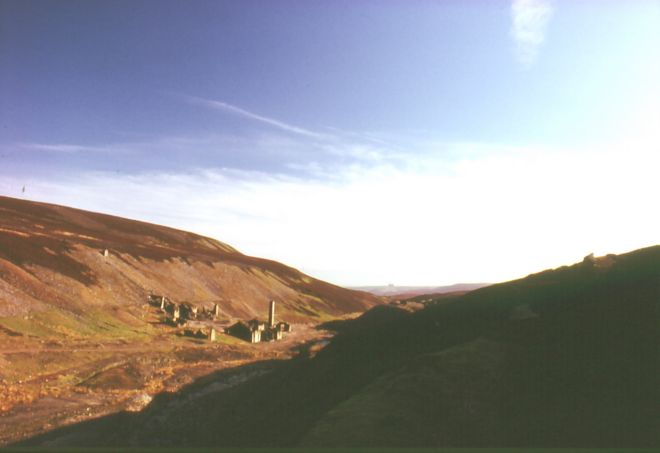 In practice things are not quite so simple:

Periodically boys were send into the flues to scrape condensed lead from the walls to return it for processing. 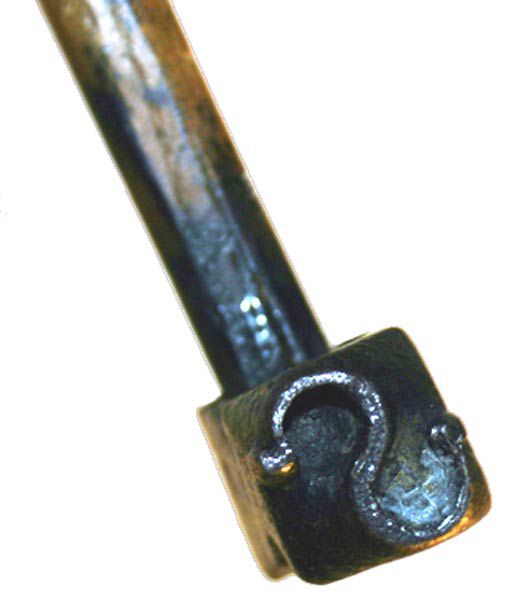 A 'Striker' Used in Smelting Lead
Next section