Since steam power technology was brand new, Gott became a sort of engineering expert when he commissioned his steam engine. He had to learn to construct and maintain his machine, and this put him at the forefront of the ‘knowledge economy’. 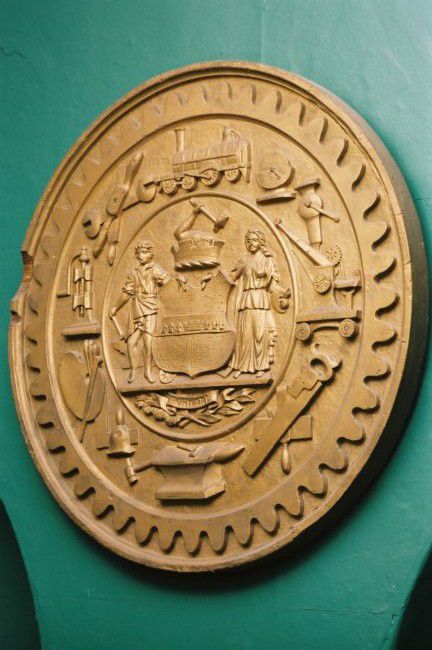 Gott's expertise impressed everyone from customers to politicians. At the beginning of the Industrial Revolution people perceived industry as a discipline, like art or science. In the pictures above you can see a two huge plaster medallions, which were presented to Gott by the City of Leeds. The medallions are decorated with images of art, science, industry and nature in harmony. 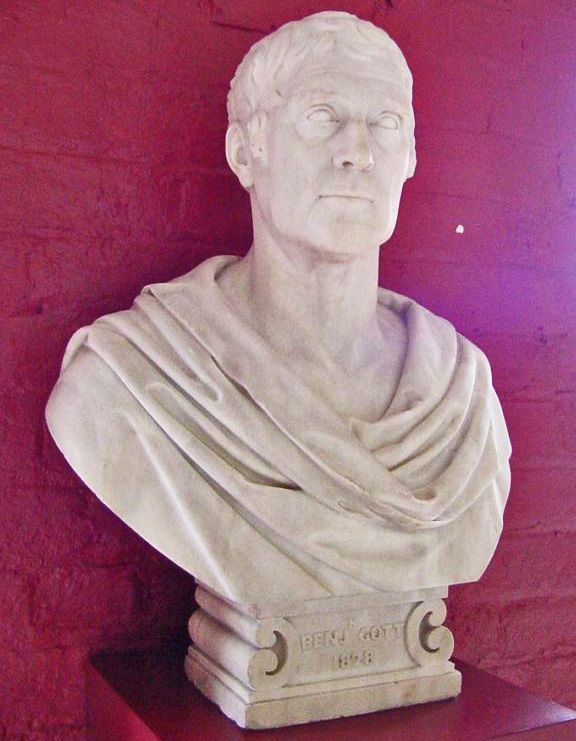 Look at the picture of Gott’s bust, above (a ’bust’ is a sculpture of the head and shoulders of a person). The sculpture is in Classical style, wearing Roman-style robes, although he would certainly not have worn clothing like this as an Eighteenth Century industrialist. Why do you think a man like Gott would have chosen to be portrayed in this way?

The bust is one of the oldest forms of portrait making and it has been used to record important figures in societies as diverse as Egyptian to Elizabethan. The use of Classical style indicates that the person portrayed is of high status, someone who is part of well-established world of culture, history and civilization.

Do you think there is an equivalent of Gott's bust for today's businessman?