While travelling across England, visiting wool buyers, Benjamin Gott saw that Yorkshire woollen cloth was rougher in quality compared with the finer types of cloth made in Lancashire. Gott was ambitious for his firm to produce better cloth and decided to find a way to do so.

Although wool was mostly made in the same way as it had been for centuries, Gott spotted several ways in which the wool production business was changing: 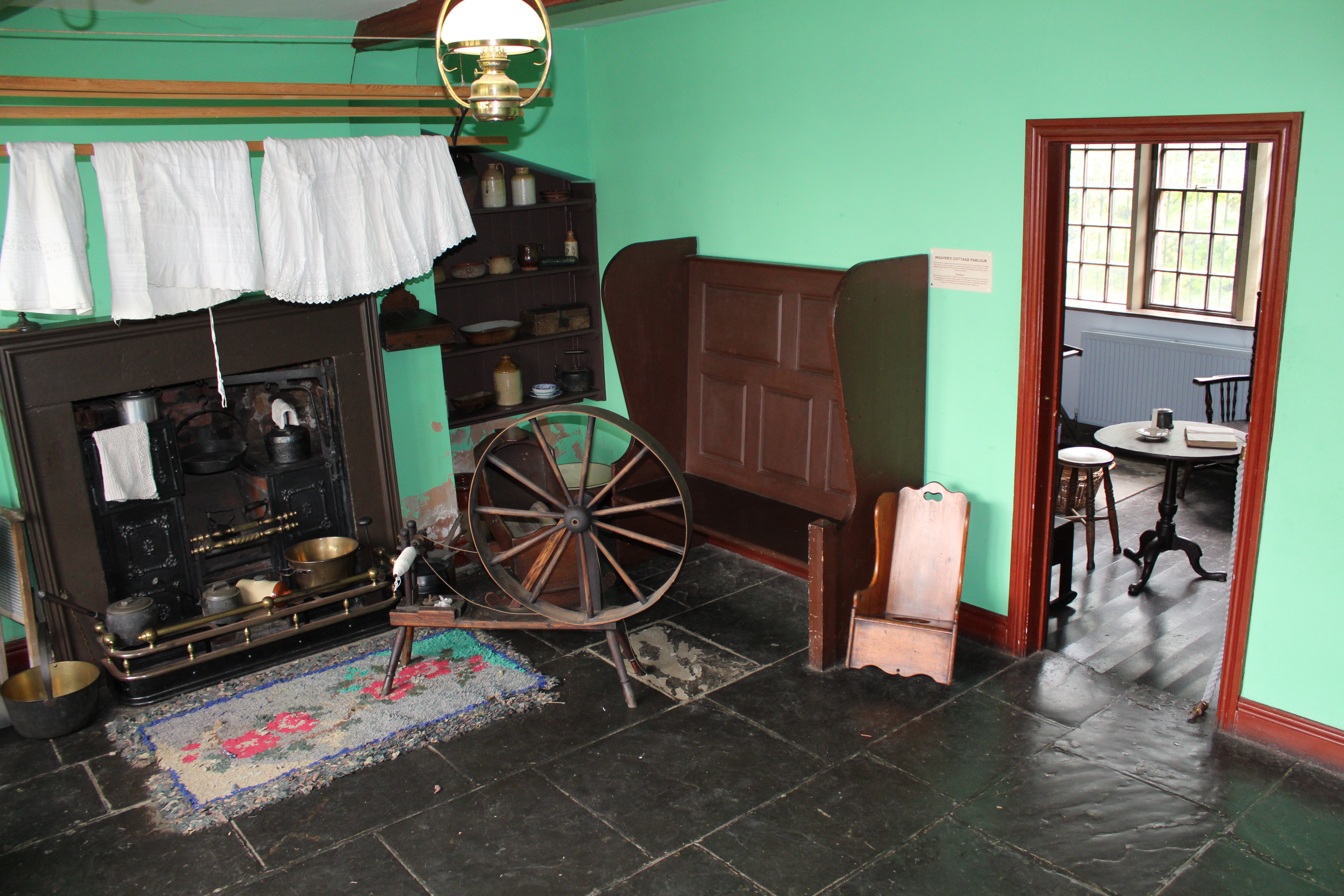 Spinning and weaving raw cloth: At this time, in Leeds wool was spun and woven on a small scale in rural cottages and villages by ‘domestic clothiers’. Imagine the small kitchen in the mill cottage pictured above filled with 8 or 10 workers and the sounds of whirling spinning wheels, rattling looms, the thump and thrum of needles flying back & forth to produce textiles. 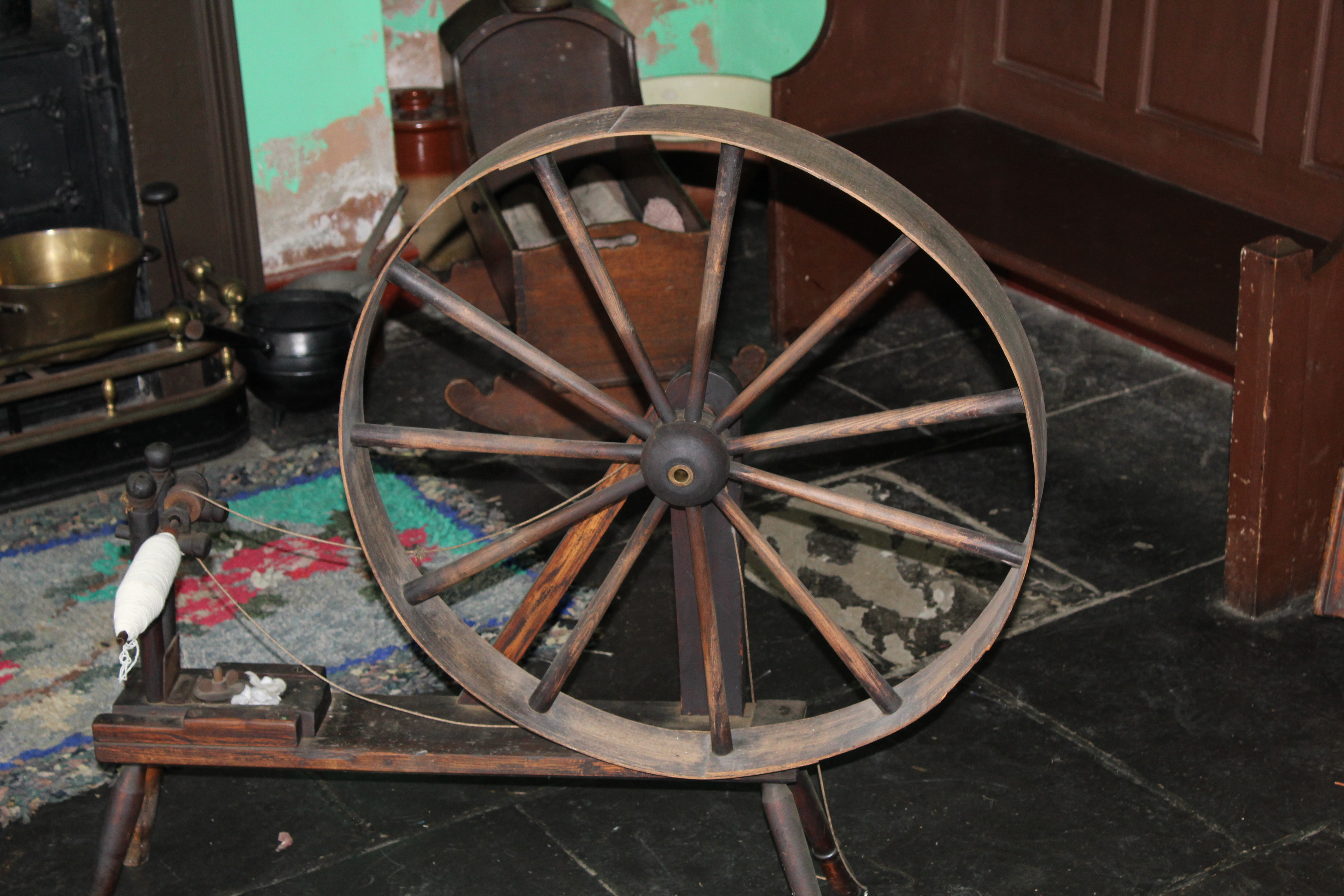 Hand Spinning Wheel from the 1700s
Buying raw cloth: Wool merchants like Gott went to all the Yorkshire markets and cloth halls to buy the rough cloth from domestic clothiers. They then travelled all over the county, selling wool to shopkeepers and tailors.

Finishing: Before selling wool on the merchants took it to small ‘finishing plants’, where cloth was 'fulled' (pounded with earth and urine to thicken or ‘felt’ it). After this, the wool might be dyed. 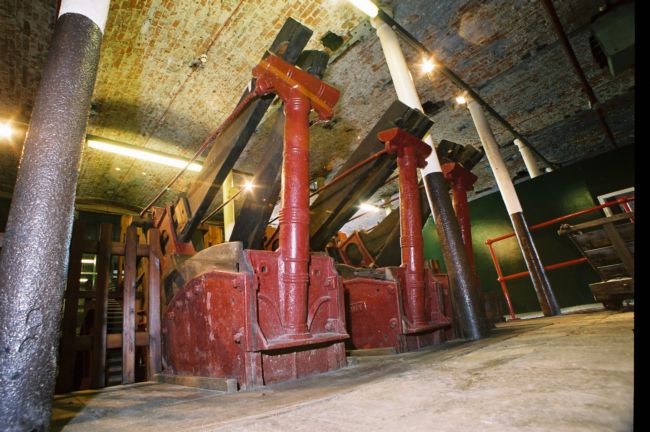 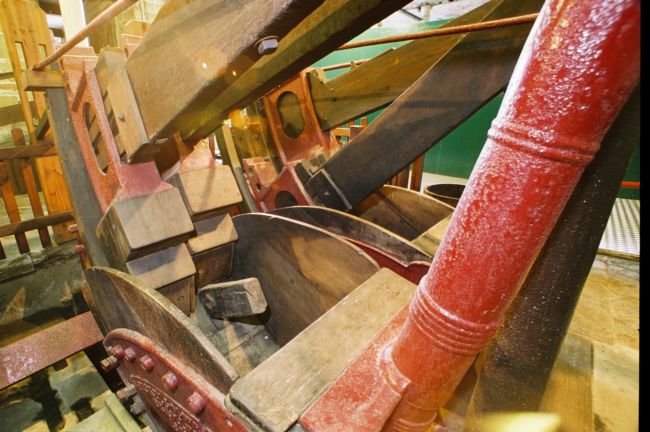 The Interior of a Fulling Machine

Problems with the Process

Benjamin Gott knew that to increase efficiency, he needed to have more control over how his cloth was made. Manufacturing wool cloth involved about 29 stages and a few mistakes at any stage could spoil the quality of the cloth. For example, if the grass and burrs that stuck to a sheep's wool were not picked out at an early stage, they had to be plucked out of the woven cloth with tweezers later, in a process called ‘burling and mending’.
In 1792 Gott broke with tradition and decided to bring all the wool making processes under one roof at Bean Ing Mill.
Next section