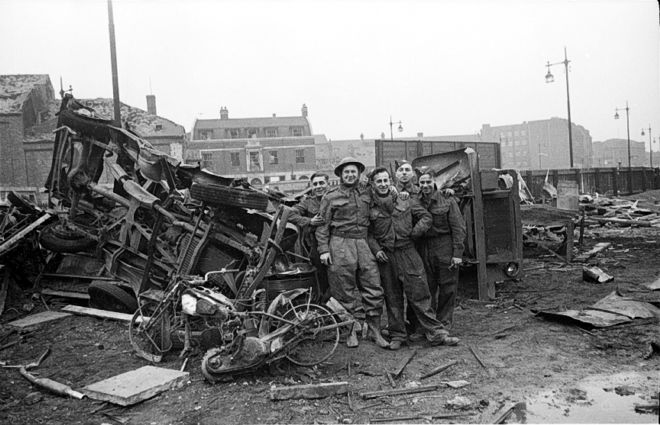 ‘Blitz’ is the name given to the mass bombing of cities during WW2, it comes from the German word ‘ blitzkrieg’ which means ‘lightning war’. The East End of London suffered heavily, as did other big manufacturing cities like Coventry, Birmingham and Sheffield. 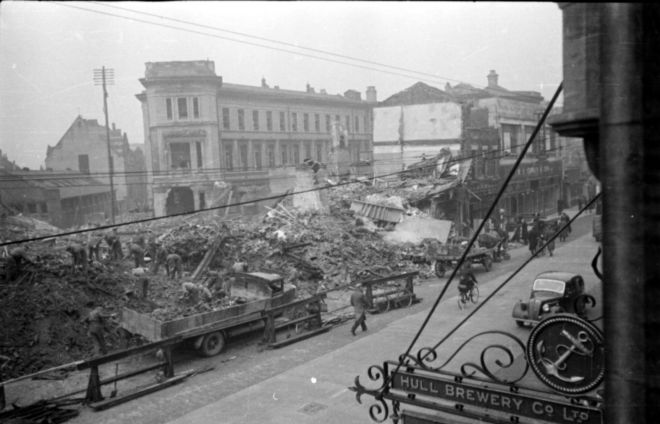 The bombing of Hull was kept secret in the press for the first couple of years of the war for two reasons. Because Hull was a port and could be reached easily by boat from Germany, it was important that the enemy didn’t know how much damage they were doing. It was also important to keep the morale of British citizens up. Low morale would mean the war effort suffered. 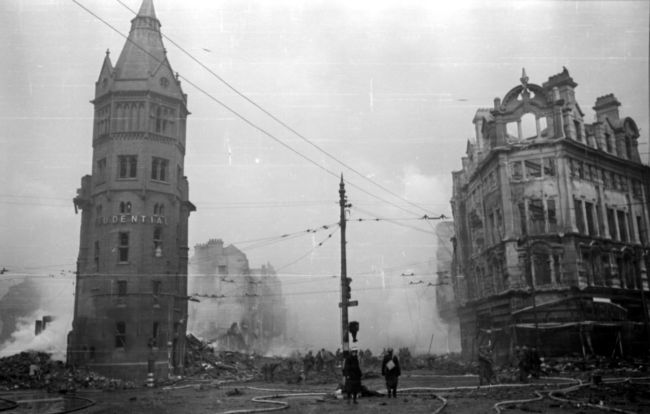 A Bombed Street in Hull

Take a look at the newspaper article from the Hull Daily Mail. It must have been very strange to read those articles and know that they were talking about your own town.

In Hull, ninety-five percent of the houses were destroyed or damaged

Other statistics from 'A North East Coastal Town: Terror and Triumph by T. Geraghty include: 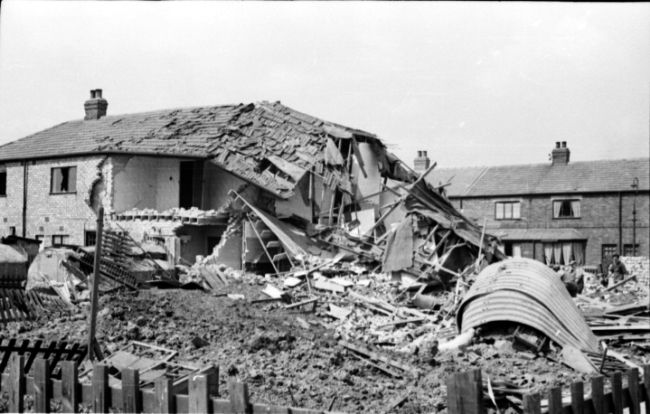 Listen to the audio track of Win talking about how she and her little brother visited their Granny during the Blitz.