Not all children were evacuated and it didn’t happen all at once, schools went one at a time. Some children refused to be evacuated or came back home. They continued to attend school and tried to go about their business as usual. Others ran away from being evacuated and came back to Hull.

For the children who stayed in Hull, for whatever reason, there was an average of one air raid every three days. Schools were knocked down, houses were knocked down, museums and cinemas were bombed.  Their daily life was very different from how it had been before.

Read the letters by Mary, at school in Hull during the war. See if you can read her handwriting to discover what life was like for her. 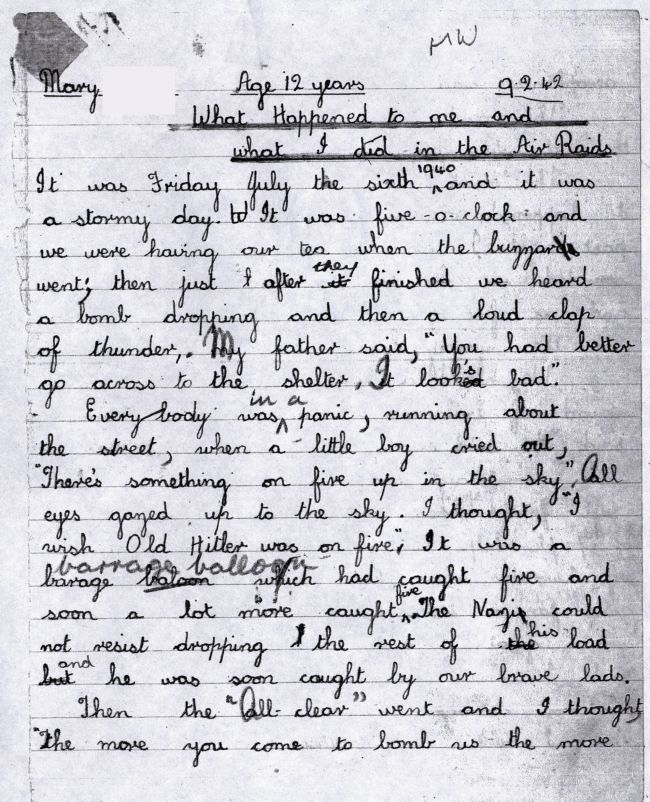 Listen to the audio clip of Win describing life as an evacuee at a country school during WW2.


Evacuees Win and Barbara go to the village school
Next section

What did Hull do Next?