Who Were the Servants?

During the time that Dr John lived at Shibden with his family they had many servants. However, the number and type of servants that the family employed changed over the years, depending on the needs of the family. 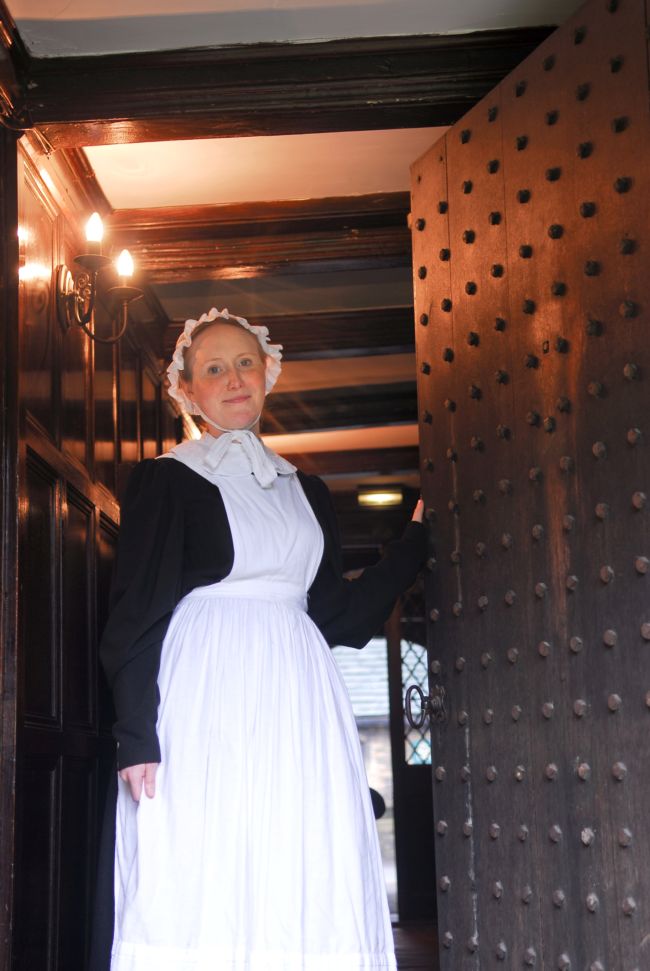 In 1859, the wages bill for half a year at Shibden was £59 15s which is about £4,000 in today’s money. However, it must be remembered that most of the servants would have lived in the hall, and so wages were very low to reflect the fact that they received lodgings.

The life of a Victorian servant could be very hard, depending on the household in which they worked and the jobs they had to do. In some households, there was only one servant, known as a maid of all work, often a young girl 'rescued' from the local workhouse. They had the most gruelling job of all, as they had to do all the chores for the house, often working from 6 in the morning until 10 at night, with very little time off.

In households like Shibden, there were normally a few servants working together. Despite this, the work was still demanding. There were no appliances to help in their work. For example, with no vacuum cleaner to use on the carpets, they were cleaned by spreading damp tea leaves over them and sweeping with a stiff brush. 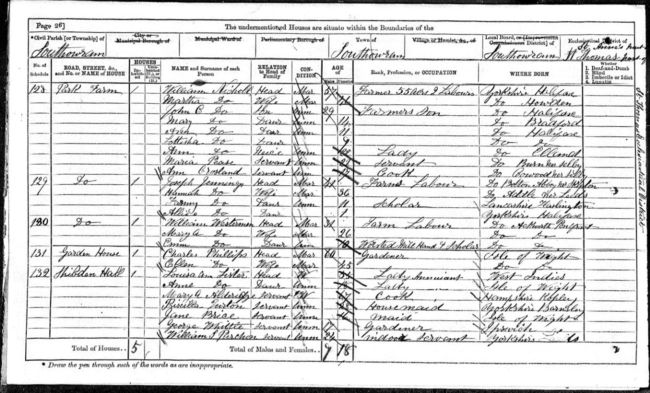 The images show census returns for Shibden Hall from 1871, 1881 and 1891, and include names and occupations of all the servants.  You can download PDF versions from our Resources  page. 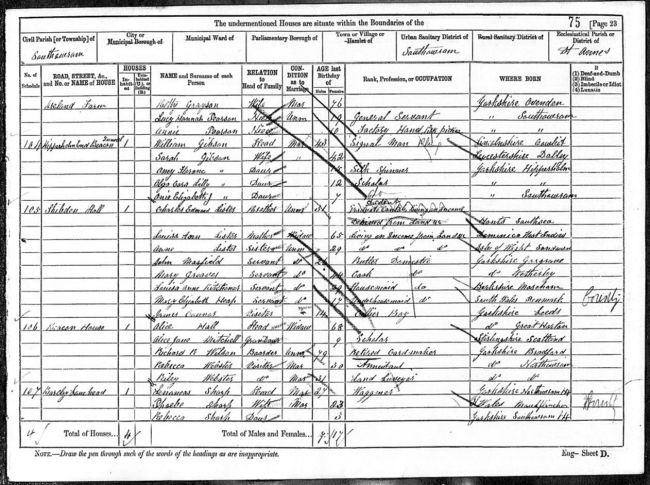