Agriculture During Wartime in the Humber

Who worked the land during the First World War?
View resources Teachers notes Share
Add to board

How Labour Shortages Were Met in the Humber's Rural Areas

In 1914 the economy in large areas of North Lincolnshire and the East Riding of Yorkshire was heavily dependent on agriculture. This was still a relatively labour intensive industry, reliant on seasonal labour particularly in the spring and autumn. In 1918, for example, the War Agricultural Committee in the East Riding estimated that from mid-August between 4,000 and 5,000 additional men would be needed in the region to work full-time on the harvest.

The impact of hundreds of men of working age joining the Army was therefore felt immediately.

Wage inflation began to affect rural areas, though this was also a response to the rise in food prices. The Bridlington Free Press reported a weekly pay increase for farm workers of 10% in January 1915. Farmers who were concerned about losing out on potential labour to their neighbours had to pay higher wages. 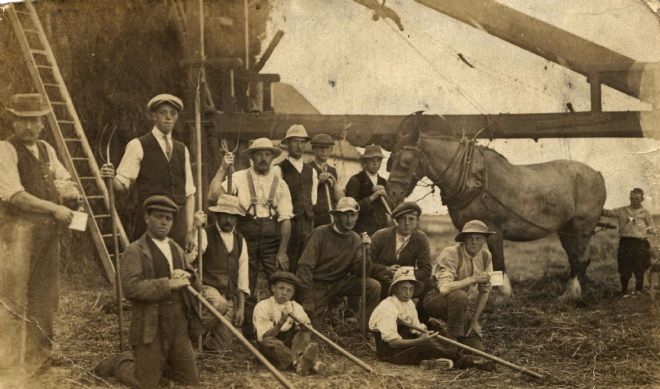 With the introduction of conscription in January 1916 the labour shortage became more acute. Food shortages meant that farmers were under pressure to cultivate all their available land, but they couldn’t do this without labour.

There was no real concerted government attempt to tackle the labour crisis until 1916, so until then rural areas were left to find their own solutions. Farmers tried a number of solutions to the shortage of labour, though each brought its own problems. Proposals included using schoolboys, women, Belgian refugees, soldiers, prisoners of war, and Danish and Irish immigrants. Local War Agricultural Committees were responsible for co-ordinating the supply and demand of labour and the minutes from the East Riding Committee provide a valuable source of evidence for how they met this challenge (see Resources section). 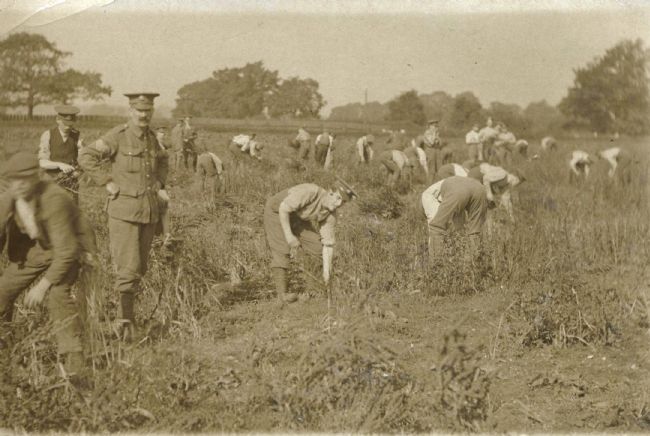 The official school leaving age in 1914 was 12 and many farmers saw boys aged 12 and over as potential replacements for adult labourers. In December 1914 the Malton Agricultural Club contacted the North and East Riding Education Authorities about recruiting boys for land work. The East Riding sanctioned the use of schoolboys over 12 years, with their parents’ permission, but only in areas where labour was scarce. By contrast the North Riding and Staffordshire councils both voted against boys doing factory and farm work, on the grounds that it was not appropriate to take them away from education.

The question of child labour was debated in Parliament in 1915. Prime Minister Asquith indicated that local education authorities should use their own discretion, and local decisions continued to vary. In the autumn of 1918, 250 children from York were brought into the East Riding to help with the potato harvest.

In February 1916 the Army Council agreed to release a limited number of troops for land work. Farmers could apply for men to the local War Agricultural Executive Committee. Wages again became an issue, as the soldiers’ pay was set at a higher rate than local workers were paid. Their hours were restricted to ten a day, with two hours for meals, and they were to be paid overtime at a set rate.

These were far more generous terms than farm workers were normally entitled to and the farmers did not want to accept them. The Driffield Farmers’ Union decided that they could not recommend the employment of soldiers, with one farmer saying he would:

‘rather allow his crops to rot than have the assistance of soldiers on these terms’. 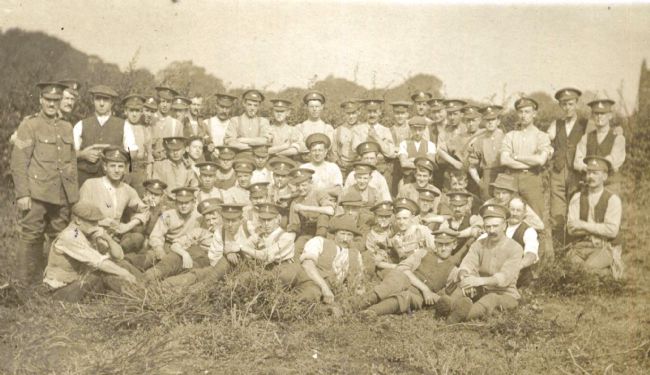 WW1 Soldiers Helping with the Harvest

In August of 1916 a further 27,000 soldiers were released to help the harvest in areas where they were most needed. In parts of the East Riding, tribunals granted temporary exemptions to farmers’ sons.

By 1917 the labour shortage had become acute and farmers had little choice but to accept the terms imposed for the employment of soldiers. However, problems continued. Many farmers rejected the soldiers who had been sent to them, saying they did not have the relevant skills. Schemes were set up to train soldiers in agricultural skills, particularly ploughing.

Early in 1917 the East Riding War Agricultural Committee agreed to employ two batches of 75 prisoners of war, but had difficulty in arranging accommodation for them. By March the plan to employ prisoners of war had been abandoned. However, the scheme was resurrected the following year, and German prisoners who were already skilled as ploughmen were selected to assist with the 1918 harvest. This time the War Office took responsibility for housing, feeding and guarding the prisoners. Farmers agreed to pay the Executive Committee a fixed daily amount for their labour.

Prisoners were mostly sourced from the prisoner of war camp at Catterick. They worked in gangs of 10 prisoners and two guards, and no gangs were allowed to work within 10 miles of the coast without special permission. The employment of prisoners of war ended in 1919, after complaints that they were contributing to unemployment.

Women were also employed on the land during the First World War - see the separate resource on the Women's Land Army.

See the teachers' notes page for curriculum links and discussion and activity ideas.

Agriculture - farming, raising crops and livestock
Concerted effort - determined (strong) and serious
Conscription - people being forced by the government to serve in the armed forces
Cultivate - prepare the land and grow crops on it
Exemption - to be officially excused from a duty
Resurrected - brought back into use
Tribunals - courts of justice set up to settle a dispute
Wage inflation - general increase in the amount people earn over time