Zeppelin Raids in the Humber During WW1

Reaction to the Zeppelin raids

Zeppelin raids caused widespread fear among the civilian population and the authorities had to act. During 1915 careful preparations were made to manage the impact of air raids. Hull was divided into six districts – West, North West, Central, North East, East and the River section – staffed by over 3,000 volunteer Special Constables whose job was to patrol the streets when the air raid alarm had sounded to ensure all lights were put out. Lights on the ground would help enemy Zeppelin crews work out where they were, so it was important to have as complete a blackout as possible. 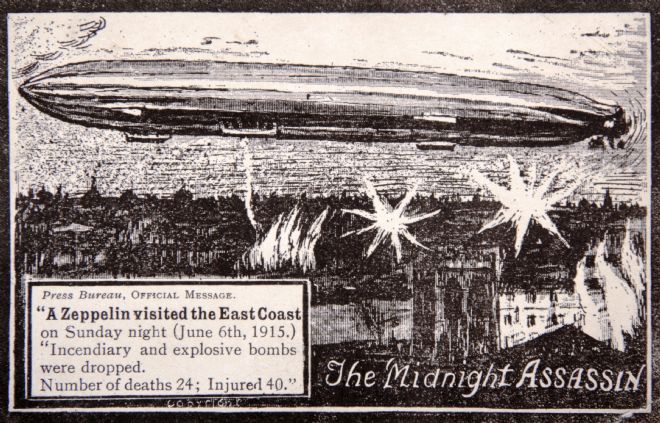 By 1916 the British had developed defences against the Zeppelin threat including guns and searchlights. They realised that the Zeppelin balloons were very vulnerable to explosive shells which set light to the hydrogen. In 1917 Zeppelin raids were called off. However, both sides had realised the importance of air warfare and aeroplane technology developed rapidly.

Vulnerable - open to being attacked or harmed