By the start of the First World War, much of Rupert Brooke’s poetry had already been published and his book Poems, 1911 had brought him fame. In contrast, Ferenc Békássy was much less well known and it was not collected in book form until several years after his death, with the publication of Adriatica and other poems in 1925.

Brooke’s collection of five sonnets, including ‘The Soldier’, was first published in New Numbers (number 4) in January 1915, followed by  1914 and Other Poems in May 1915. 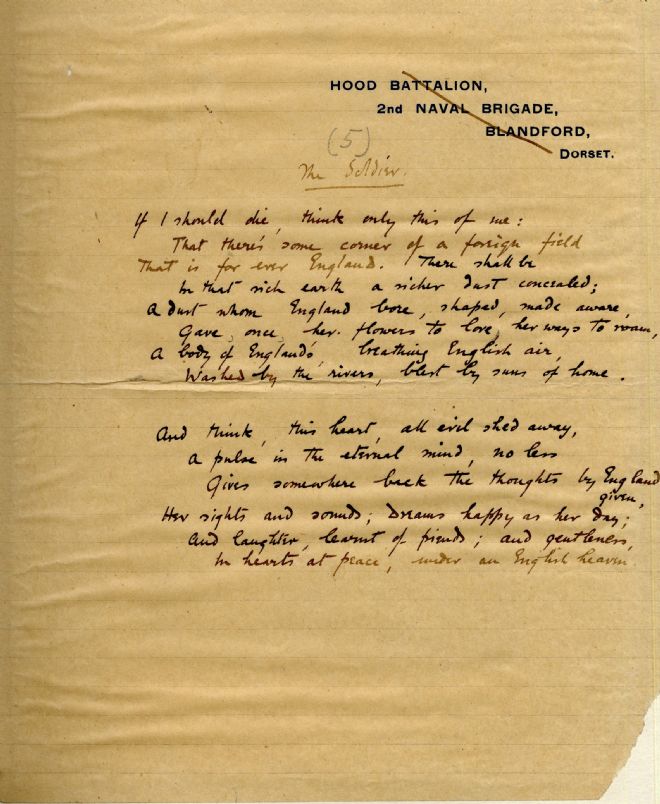 The tone of Békássy’s poem ‘1914’ is quite different to that of Brooke’s ‘The Soldier’. Both poets seem willing to fight and aware that they may die, yet Békássy expresses a sense of mourning and regret for a lost future. 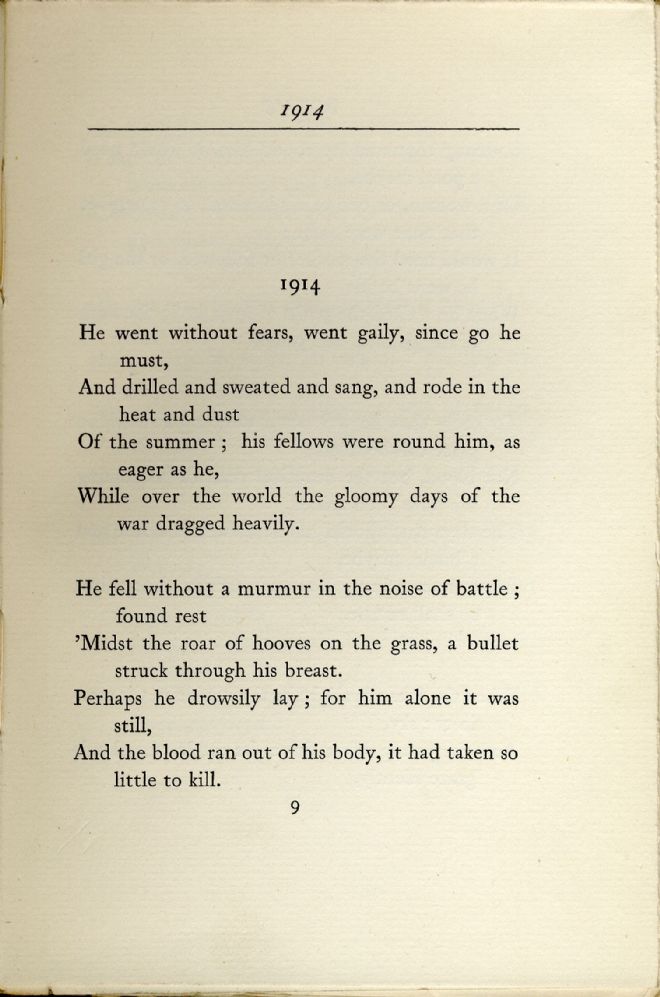 First Page of the Poem '1914’ by Ferenc Békássy 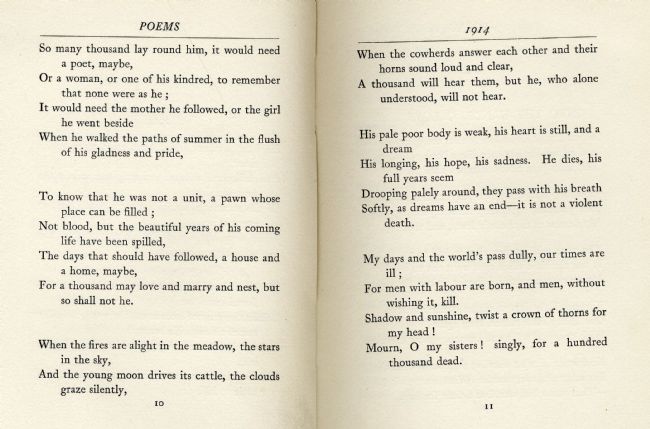 Second Page of Poem ‘1914’ by Ferenc Békássy
After his death, Békássy’s university friends John Maynard Keynes and F.L. Lucas, the College Librarian, were influential in getting Békássy’s Adriatica and Other Poems posthumously published. Keynes appears to have funded the publication, while Lucas wrote a preface, which ended with the words:

Only a pale shadow of him lingers here; but all who knew him, and some who did not, will be glad to have this memorial.

Influential – to have a powerful effect on what people do
Posthumously – after death
Preface – an introduction at the beginning of a book or text
Sonnet – a poem consisting of 14 lines, with a rhyming couplet in the last two lines
Next section