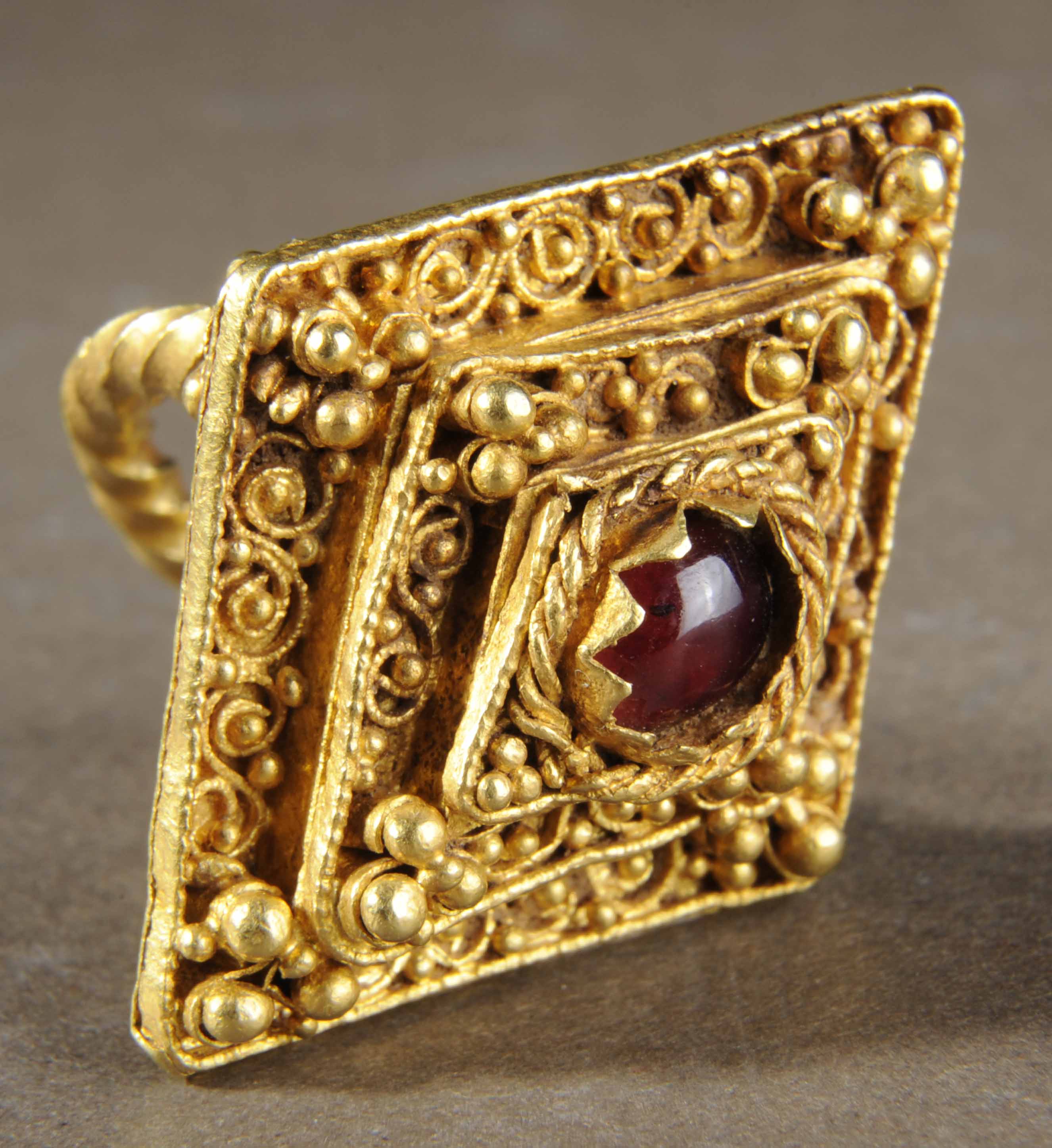 The most impressive item that was found was a 10th century ring made from gold with a garnet in the middle. It is diamond shaped with three levels of intricate gold filigree and gold bead decorations. The red gem in the centre is a garnet and the band of the ring is made of twisted gold wire. The gold content of the ring is very high and it is made with such skill and craftsmanship that it must have belonged to someone of very high status, and may even have belonged to a bishop. 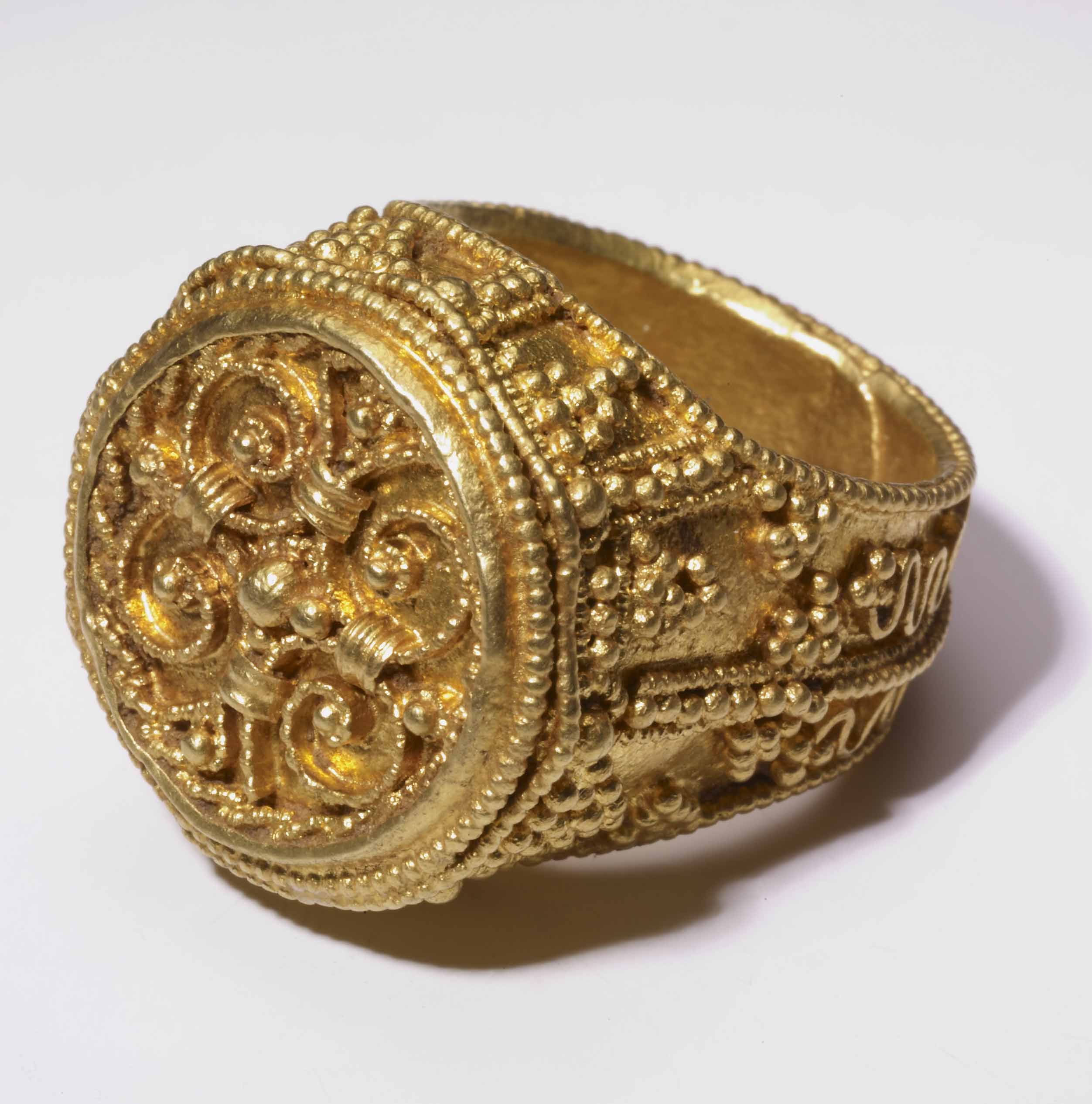 The second ring is also from the 10th century and is quite large, with a band that is just over a centimetre wide. It has delicate gold filigree decoration all over but doesn’t have any jewels. It also has a very high gold content and is in excellent condition, looking brand new even though it is over a thousand years old. 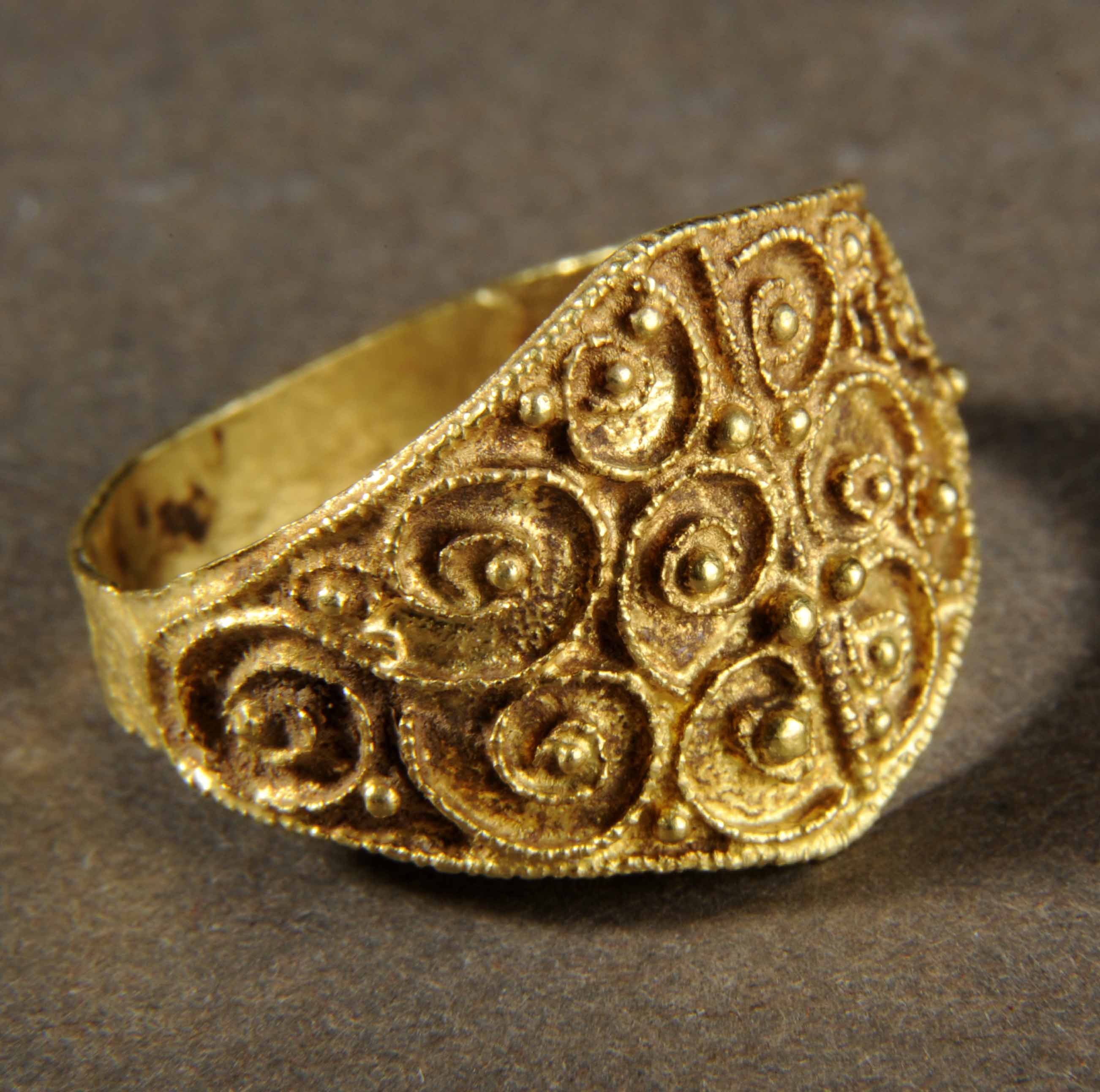 The third ring is smaller and thinner than the other two but has similar filigree decoration. The pattern on the ring is not symmetrical, the gold content is not as high and it looks a bit worn, suggesting it was not as high status as the other rings. 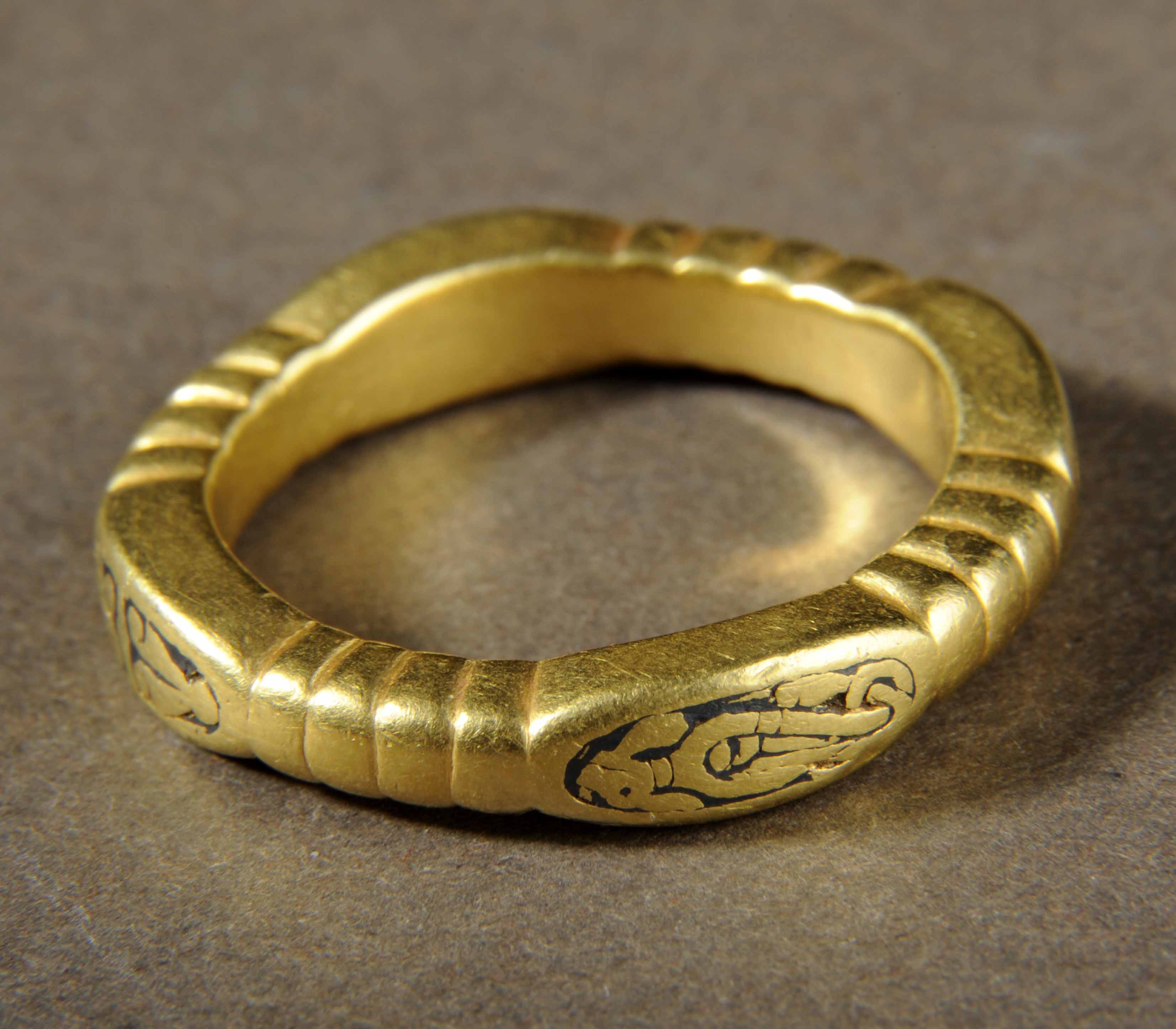 The fourth ring is a bit different from all the others. It is from the 9th century and has four decorative panels around the band that have been inlaid with a substance called niello, a black mixture of copper, silver and lead sulphites. This ring is not as delicate as the others, but like them, it may have been worn over gloves 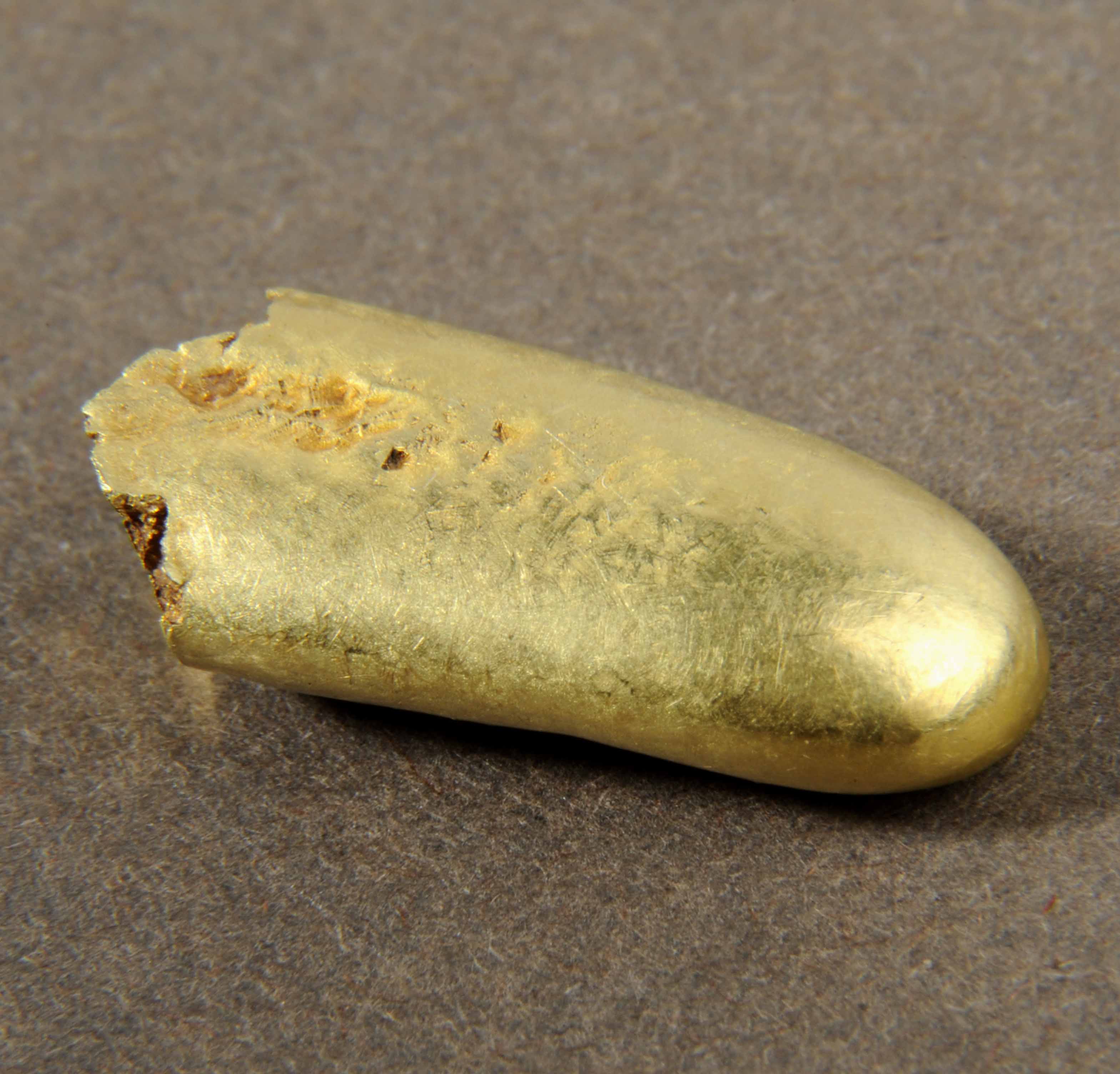 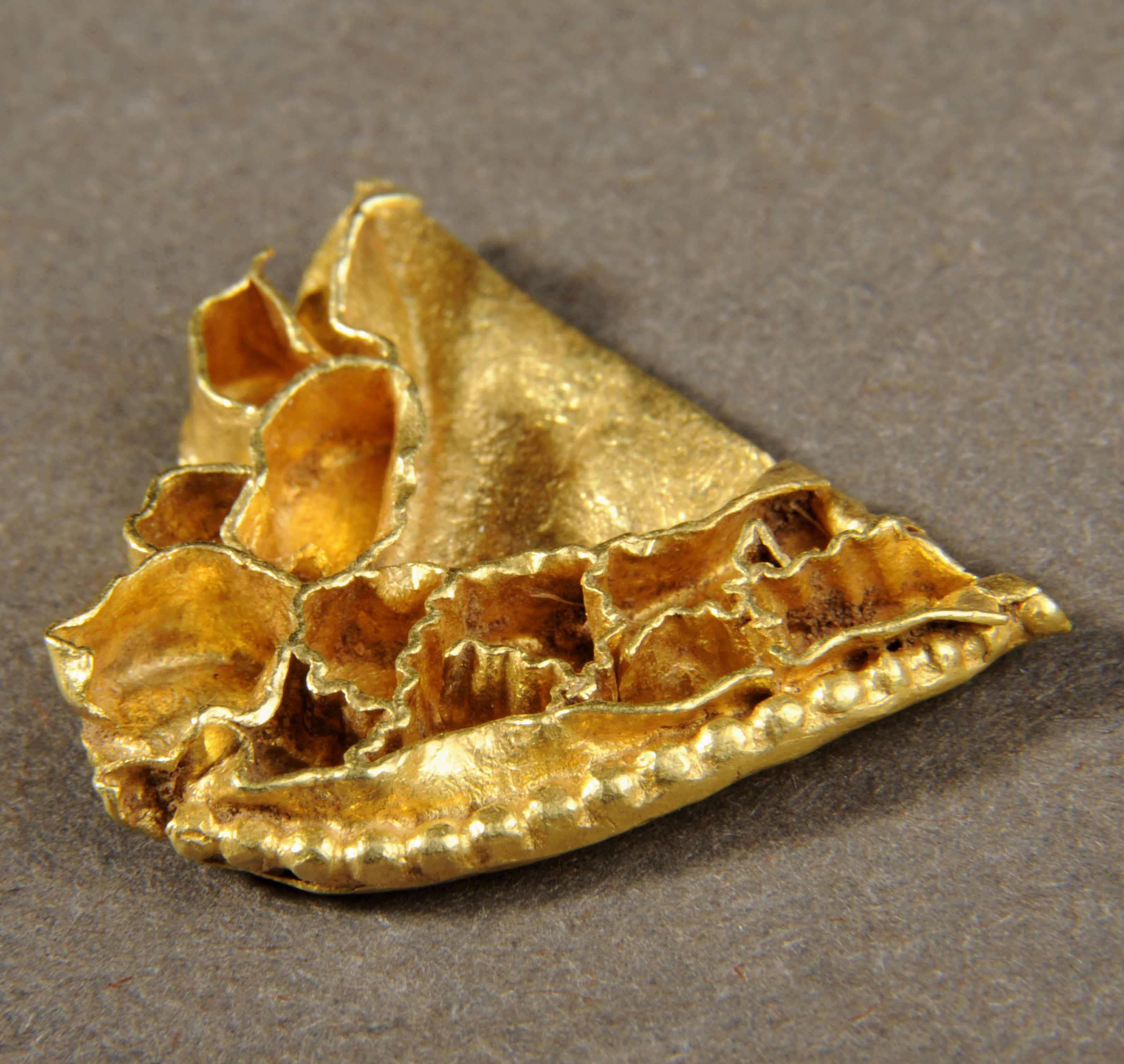 Fragment of a 7th Century Brooch

Only a fragrment of the brooch survives, but archaeologists have been able to reconstruct how it might have looked based on other Medieval finds and what is known of Anglo-Saxon culture at the time.  At a time when everything would have been done by hand, it would have taken a considerable amount of skill  and time to make such a detailed and high quality item of jewellery. 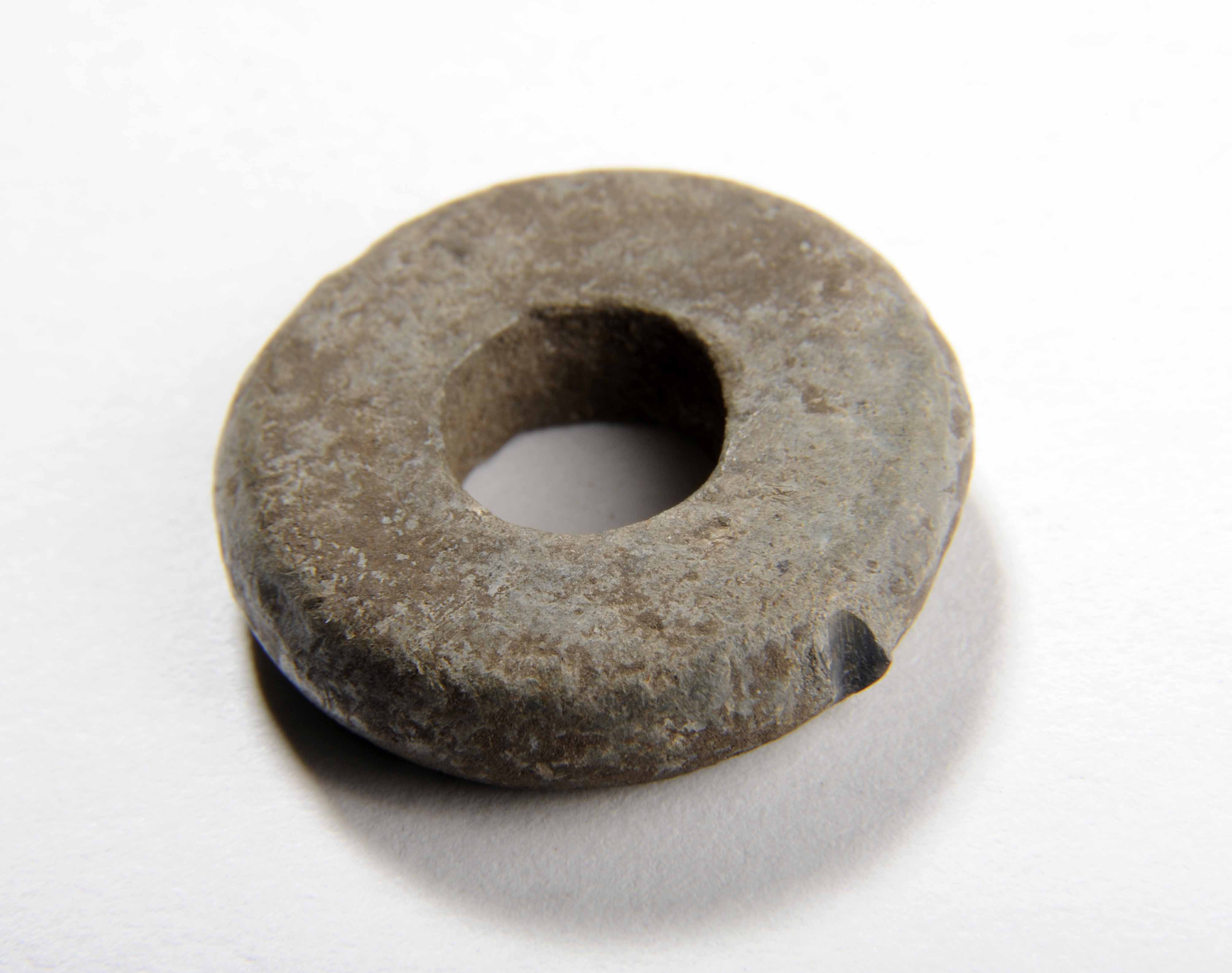 The spindle whorl is a very unusual find in a hoard since it is a practical item, not a piece of jewellery. It is made of lead and would have been used in the spinning process to weigh down threads and make them spin faster when fibre was being spun into yarn.

The spindle whorl shows us that fabric was being made in the Leeds area in the early medieval period.

However, it’s not clear why this everyday object was buried next to such valuable jewellery.

Niello – a black mixture of copper, silver and lead sulphites that is used to decorate metal objects as an inlay

Jewellery in the Early Middle Ages