The Story of Port Sunlight

William Lever was interested in town planning and the important effect this had on residents.In the 1800s some planned villages had been built, these were known as model villages such as New Lanark and Bromborough Pool. These were different from other places as the whole village had been planned for the people who would live and work there.

William Lever wanted his workers to live in an environment that was 'liveable and healthy'.

He was part of the Garden Suburb movement that prioritised the importance of space between buildings and access to gardens and open spaces. As well as providing good quality housing, schools and a cottage hospital, he planned Port Sunlight to encourage participation in sports and other outdoor recreation.  In terms of design, he didn’t want all the houses and spaces to look the same, so he employed 30 different architects to work on the project. 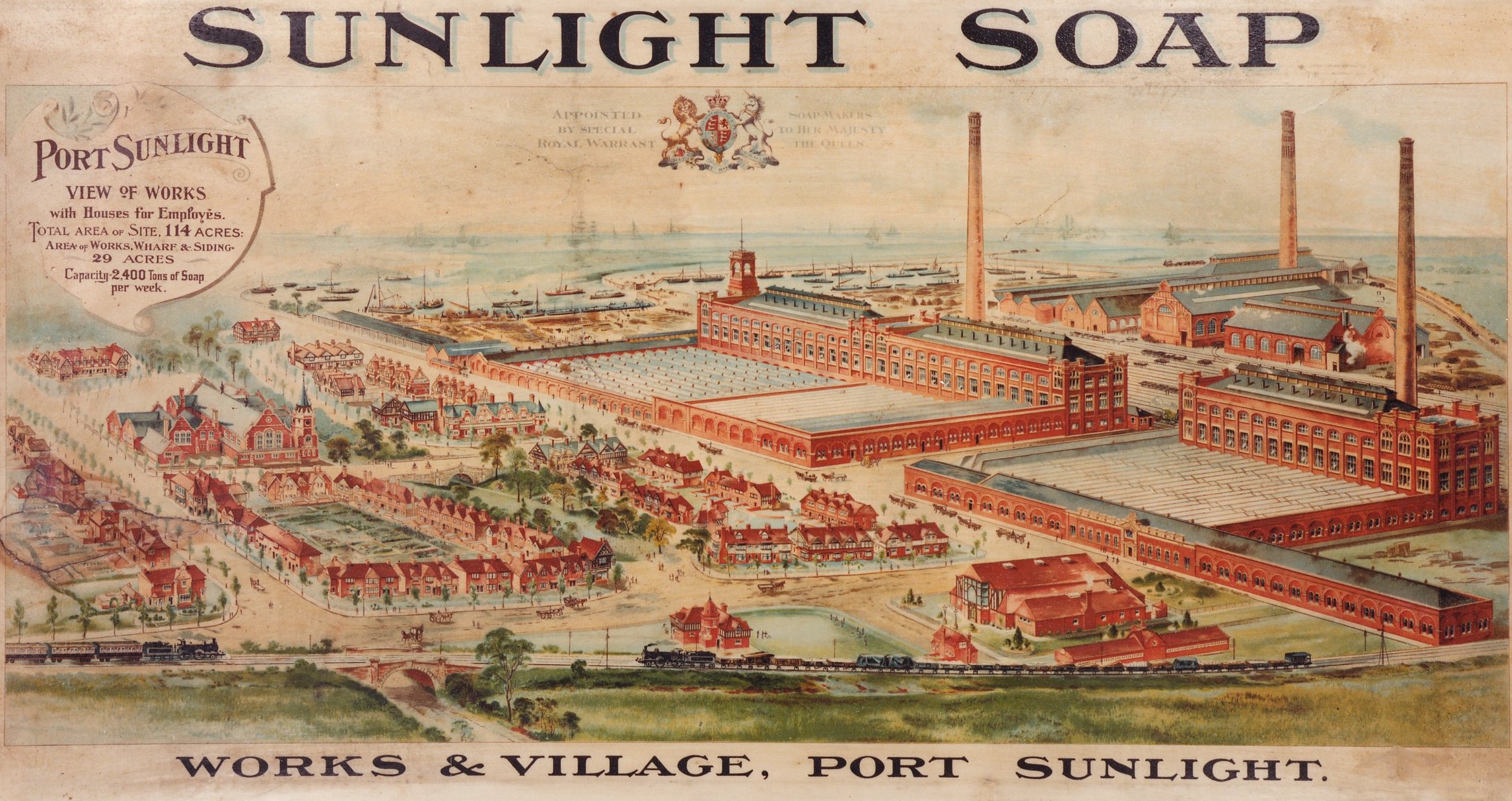 Along with new housing and factories, the amenities at Port Sunlight included a gymnasium, swimming pool, football ground and tennis court, as well as extensive park areas for people to enjoy and get some fresh air, and allotments for growing fresh, healthy food.