Saltaire was founded by Sir Titus Salt, a woollen textiles manufacturer who moved his entire business from Bradford - partly to provide better living and working conditions for his workers, and partly to site his large mill by a canal and a railway.  The illustration below shows the open countryside in which the mill was built, before completion of the whole village in 1876. 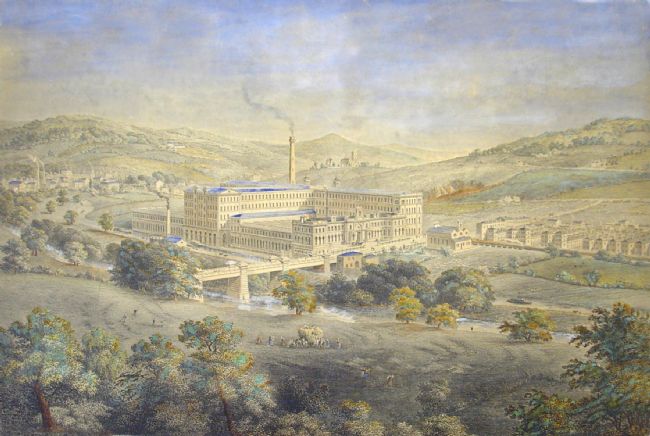 Illustration of Saltaire Village pre-1857
The name 'Saltaire' comes from Sir Titus' surname and the river Aire that flows next to the town.

Titus wanted a brand new, 'state of the art' mill with all the latest technology, and in 1851 he closed the small mills that he owned and brought everything to Saltaire to create one 'supermill'. Using the wool from alpacas, Titus combined it with other materials to create new varieties of worsted cloth (wool worsted cloth, wool/cotton and wool/silk worsted cloths already existed). 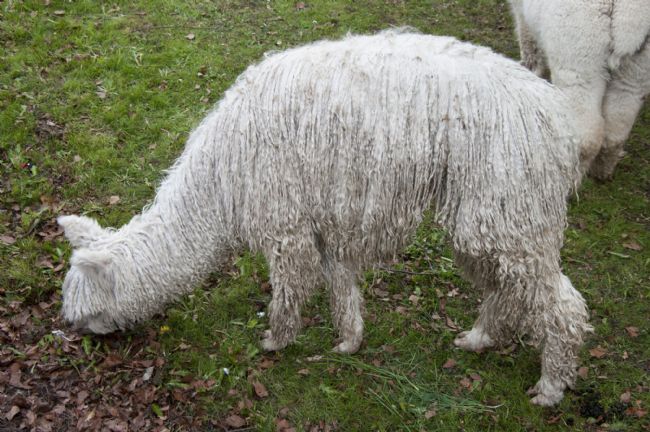 Alpaca
Worsted cloth is what you would typically find today in men’s suits or similar, it’s made from wool or similar, tightly spun and then woven into a cloth that’s smooth enough to be tailored.  In Salt’s day it was fashionable for ladies clothing.  What most people wanted, but couldn’t afford, was silk.  Alpaca made a light, smooth fabric with plenty of lustre like silk but more affordable

To celebrate the opening of such a fantastic mill, Sir Titus threw a big party on his 50th birthday in 1853 and invited all of his 3,500 workers where they ate two tons of meat, half a ton of potatoes, 320 plum puddings and 100 jellies. What a feast!
Titus Salt (who was made a 'Sir' in 1869) said

'It was such an exciting place to work; we sold our fabrics all over the world. My mill was one of a kind'.

Indeed, the top floor is still the largest room in the world at 115 by 50 metres – that’s longer than the pitch at Wembley!  The image below shows mill workers operating machines for twisting yarn in the early 20th Century. 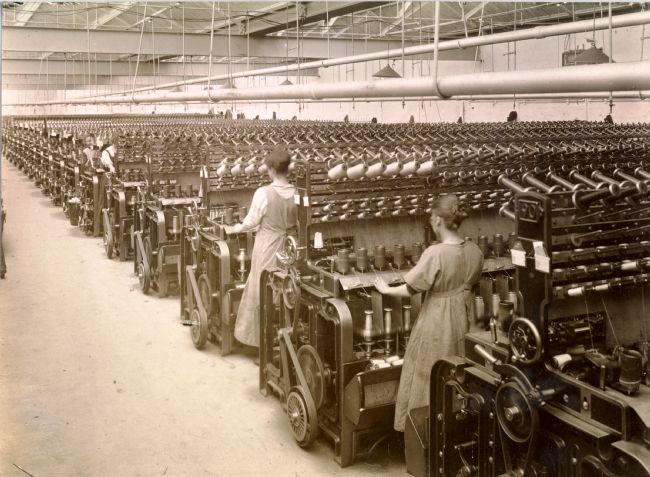