Find out about the lives of invertebrates
View resources Teachers notes Share View related stories
Add to board
Previous section
Meet some Minibeasts!

There are about 60,000 species of arachnids.  Arachnids have eight legs, not six like insects.  They also have an extra pair of either pincers or fangs.

They do not have wings or antennae but they do have a hard exoskeleton. 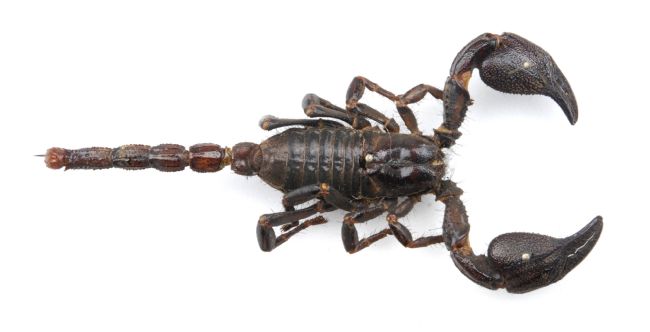 Arachnids are usually predators.  This means they eat other creatures so must hunt for their food.  Spiders spin webs to catch prey and scorpions have stinging tails and pincers to catch and kill their food.

Arachnids tend to kill their prey with poisonous fangs then inject digestive juices to dissolve the flesh before sucking it up!