In the 1950s children often played games in the streets outside their houses. This was much safer, as fewer people owned cars and there was far less traffic. Children also played different types of games, with more simple toys. Instead of computer games, they had footballs, hula hoops, skipping ropes and cards. 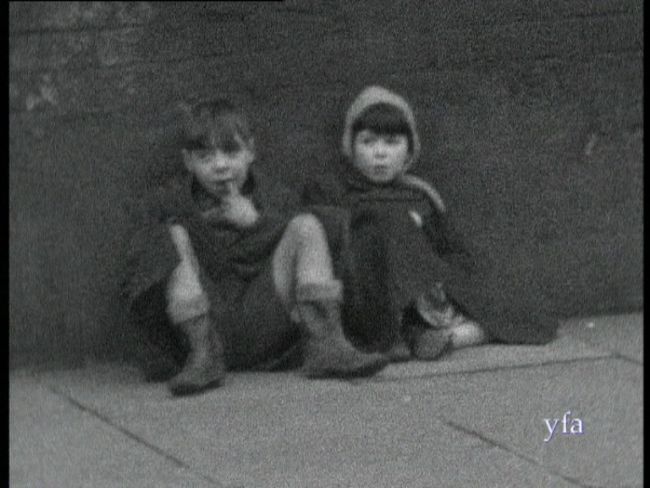 This video shows street scenes in Hull from 1950. It begins with children playing a variety of games in the street, including British Bull Dog and wrestling. There are also shots of children playing hopscotch, pavement chalking, blind man's bluff, ring-a-ring-a-roses and swapping cigarette cards. 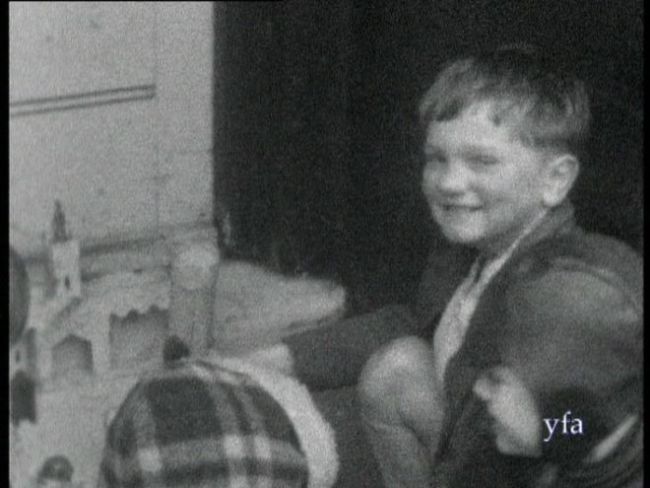 After watching the Hull Street Scenes film clip, children from St Bart's School in Leeds took part in a question and answer session, thinking about the following questions:

They then had the opportunity to play some of the games from the video, including hula hoops, hop scotch and skipping. 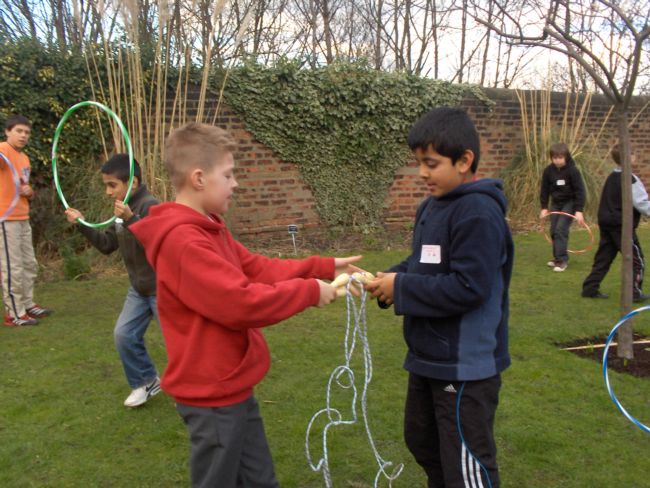 After playing with the 1950s toys and games, the children compared them with modern games in pairs, thinking about how they are similar/different and which they preferred.