In 1858, Queen Victoria and Prince Albert visited Leeds to open the new Town Hall.  Prince Albert commented that what Leeds needed was “a really good theatre, as there is nothing more calculated to promote culture and raise the tone of the people.” Prince Albert believed that by providing a ‘proper theatre’, putting on high quality performances, the town of Leeds and its people would be better off.  A group of 10 businessmen took it upon themselves to raise enough money to build a new theatre in Leeds, and in 1878 Leeds Grand Theatre opened its doors for the very first time. The theatre was deliberately built in a very grand style, with high ceiling, spires and ornate windows and tiles, to set the theatre apart from the many music halls in the city. Many people say The Grand reminds them of a church or a castle; it was a building for the city to be proud of. Wilson Barrett, the first General Manager of the theatre, declared the theatre to be “one of the finest, if not the finest, theatre in Europe.” 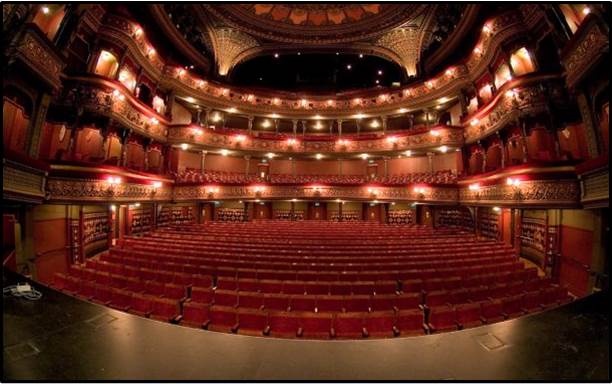 View from the Grand Theatre stage

Both City Varieties Music Hall and Leeds Grand Theatre continue as thriving performance venues today. Leeds Grand Theatre is now home to resident companies Opera North and Northern Ballet and hosts top touring productions from the West End and National Theatre.  City Varieties remains true to its music hall roots and presents the very best in music, comedy and variety, including the occasional trapeze and high wire acts – although they haven’t seen any alligators for a while! 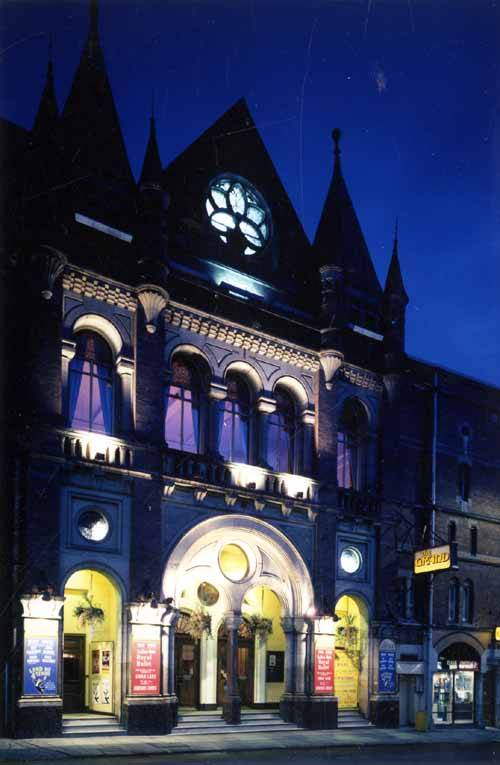