Although mining was hard work and dangerous, compared with other manual jobs working underground was relatively well paid. Families would work together in a team and the amount of money they earned depended on how much coal they brought up to the surface. 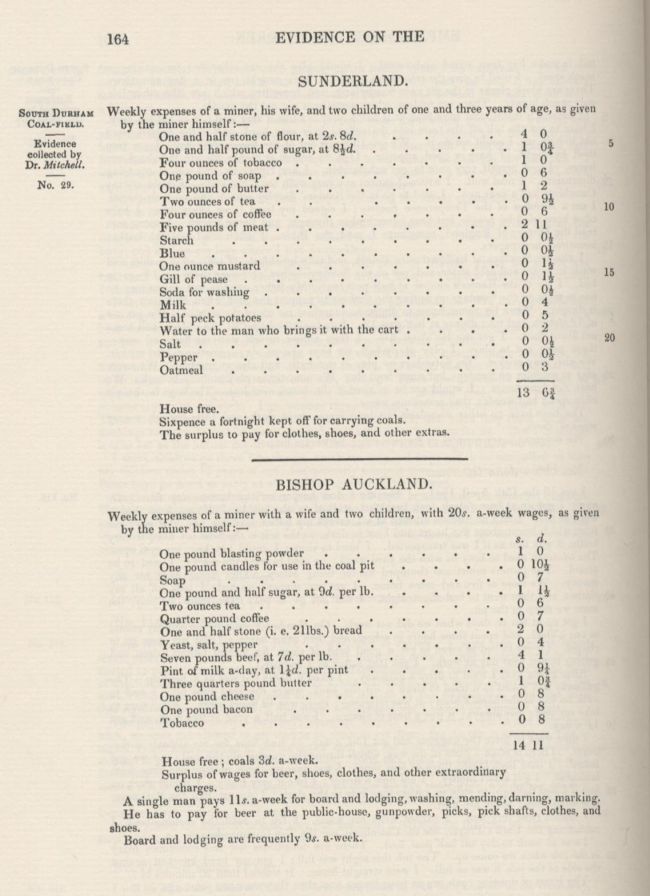 Chart Illustrating 1842 Commissioners' Findings into Wages
The team's wages would be paid to the collier who was ‘hewing’ or cutting the coal, who was often the father of the children he worked with. These wages were often essential for a family’s survival.