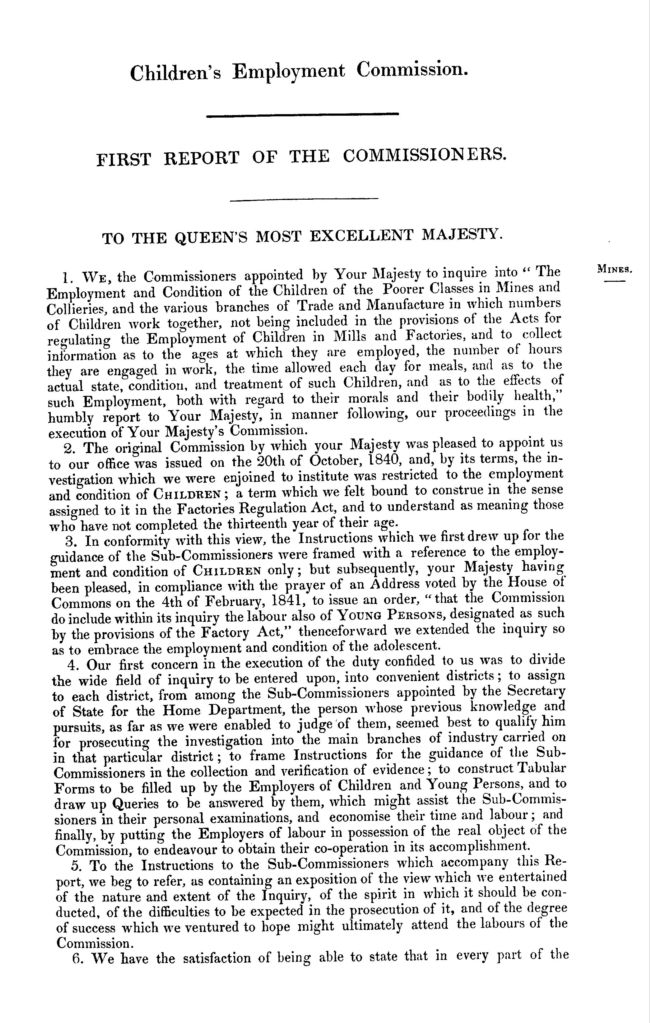 The aim of the Commission was ‘to collect information…as to the actual state, condition and treatment of such children.’

Britain was divided into districts and each district was assigned a sub-commissioner. For Yorkshire these were Jeinger Cookson Symons, Samuel Swain Scrivens and William Raynor Wood. They interviewed men, women and children to find out the following information:

This report also contained tables of statistics and was the first to contain illustrations of what some of the sub-commissioners actually saw.

Assigned - to give someone a job to do

Campaigned - a planned series of actions to achieve a set goal

Commissioners - people given an official task (like a government report)

District - an area of a town or country

Statistics - a collection of numerical data