What Jobs did Children do Underground?

On 4 August 1842, a law was passed that stopped women and children under ten years from working underground in mines in Britain. 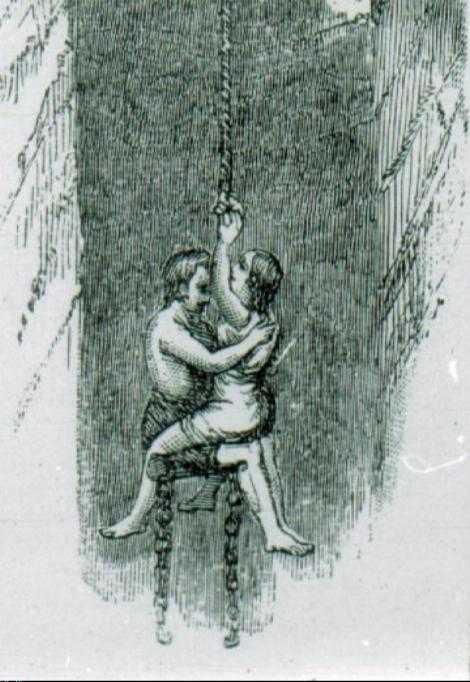 Before this law was passed, it was common for whole families to work together underground to earn enough money for the family to live on. 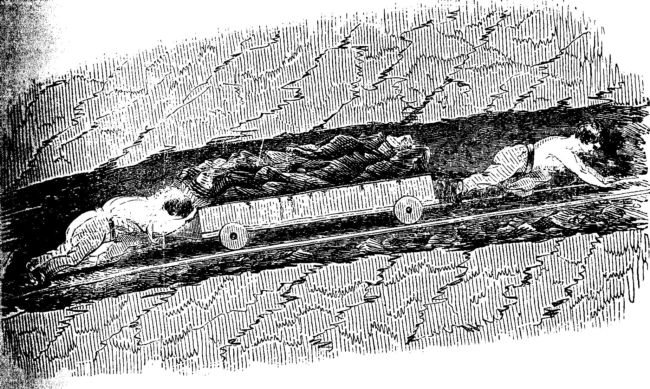 Illustration of Children Working in a Narrow Underground Roadway

The Victorians saw child labour as a normal part of working life. Most children started work underground when they were around eight years old, but some were as young as five. They would work the same hours as adults, sometimes longer, at jobs that paid far less.

The trapper was often the youngest member of the family working underground. Their job was simple: to open and close the wooden doors (trap doors) that allowed fresh air to flow through the mine. They would usually sit in total darkness for up to twelve hours at a time, waiting to let the coal tub through the door. It was not hard work but it was boring and could be very dangerous. If they fell asleep, the safety of the whole workings could be affected.

The Hurrier and the Thruster

Illustration of a Victorian Hurrier 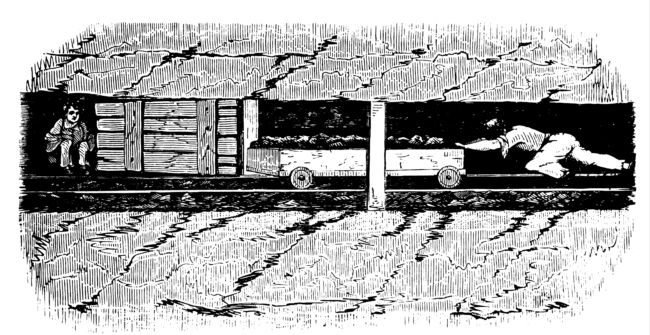 Illustration of a Victorian Thruster

Hurriers would be harnessed to the tub, and thrusters would help hurriers by pushing the tubs of coal from behind with their hands and the tops of their heads. The tubs and the coal could weigh over 600kg, and would have to be moved through roadways which were often only 60-120cm high.

Illustration of a Victorian Getter at the Coalface

Use the images and information on this page to discuss the different jobs done by children. (You can download a Mining Vocabulary sheet to help with these activities).