A German Machine Gun Bullet Lodged in a Bible

What was it used for?

Bibles were often given to soldiers by private individuals, national figures, religious organisations and groups, to comfort them on active service.

Who did it belong to?

What is so special about it?

The bible still has a German machine gun bullet embedded into it. Private Peil enlisted in early 1916 and joined the 5th battalion of the Border Regiment. He served on the Western Front in 1917 and 1918.  He was carrying the bible in his uniform pocket when he was hit by a machine gun bullet, which can be seen in the bible, just marking the back cover and very likely saving Fred’s life or preventing serious injury. 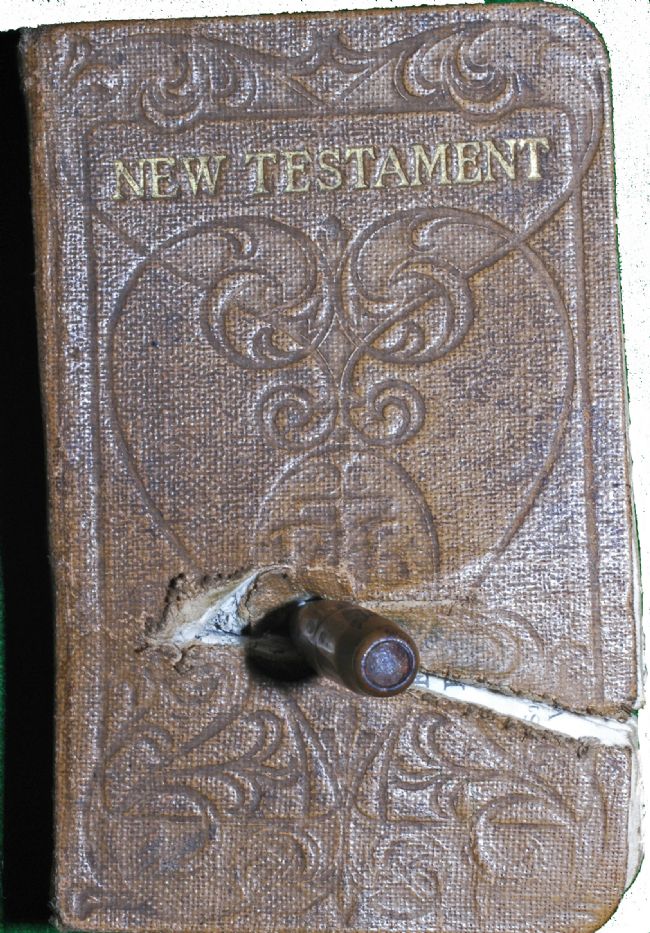 Private Peil's Bible
Researching Fred's service records show us that he was a butcher who was 29 yrs old when he enlisted. He had mixed fortunes in the war, and although very lucky being saved by his bible on one occasion, he still spent nearly two years out of three in various hospitals due to different wounds. When he was discharged in 1918 it was because of a foot wound. He was awarded the Silver War Badge which was given to soldiers who had been honourably discharged due to such wounds.
The bible is now on display at Cumbria’s Museum of Military Life at Carlisle Castle.

Medals known as Mutt and Jeff 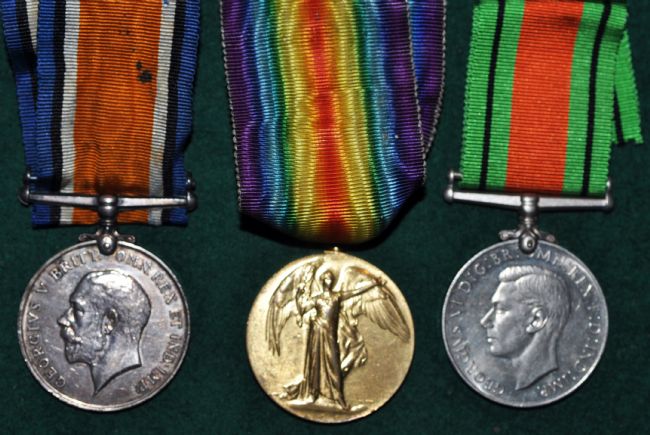 Private Frederick Peil's WW1 Medals
Theimage above shows the medals won by Private Peil. When First World War medals were issued in the 1920s it was at the time when there was a popular comic strip published by the Daily Mirror newspaper, featuring Pip the dog, Squeak the penguin and Wilfred the rabbit. The three names of these characters became linked with the three campaign medals being issued at that time to many thousands of returning servicemen.
However, when only the British War Medal and British Victory Medal (the medals left and right of the three) are shown together as in this picture they are sometimes known as 'Mutt and Jeff' medals. The medal on the right is the Defence Medal issued after WW2 and suggests that Private Peil was in the Home Guard.