What did the Victorians do for us in Leeds?
View resources Teachers notes Share
Add to board
Previous section
Building the Town Hall

The Victorian age lasted through the reign of Queen Victoria from 1837-1901. It was an age of technological progress and invention, machines and factories, magnificent buildings and new ideas. Britain became the leading industrial country in the world. Much of Britain’s wealth came from the British Empire. During Victoria’s reign Britain’s empire expanded rapidly, and wealthy businessmen and the government exploited natural resources and people from countries across the world.

In Leeds, the influence of international trade would have been found through manufacturing supplies, goods available to buy in shops and within the education system, and the wealth generated filtered throughout the upper and middle classes. In a post-colonial world today, we view the ideals and actions of the British Empire very differently. Use this knowledge to promote debate, education and understanding.

Leeds was the fourth largest city in England, sometimes called the ‘Capital of the North’.

But Leeds was also a place where, in 1840, the average age of death for the richest people was 44. For the middle class people it was 27. And for the poorest people it was just 19 years!

Why was this the case? What would life have been like for you in Victorian times? How have things changed for people living in Leeds since then?

During the 19th century the population had grown rapidly and Leeds had changed from a small town to a large manufacturing city. In 1800 the population size was 53,000 but by 1831 there were 123,000 people crammed into the town. Many people were living in slums with terrible conditions, no sewers and no clean running water. Reports show that some families with seven children were living in one room and working 13 hours a day. 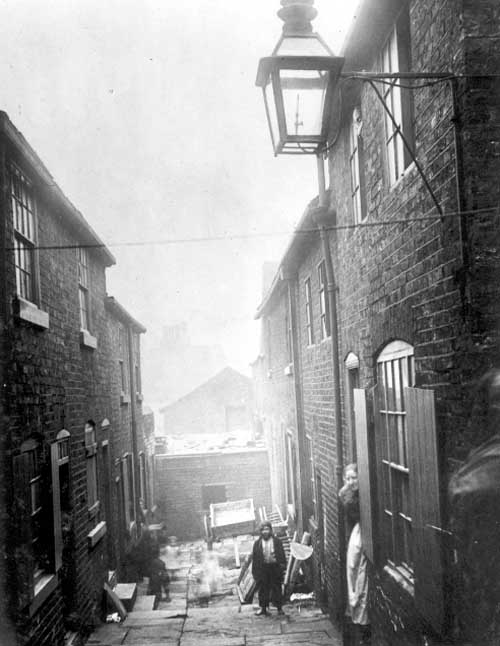 The river Aire was heavily polluted with waste from all of the houses, from hospitals, slaughterhouses and factories. Can you imagine what was in there?