What is the West Yorkshire Hoard?

The West Yorkshire Hoard is a collection of early medieval treasure that was found in 2008-2009 in the Leeds area. It mostly consists of very high quality gold jewellery. Seven items were found, including four gold rings, a fragment of a brooch, a piece of gold ingot and a lead spindle whorl.

The Hoard is thought to have been buried sometime around the 10th century. 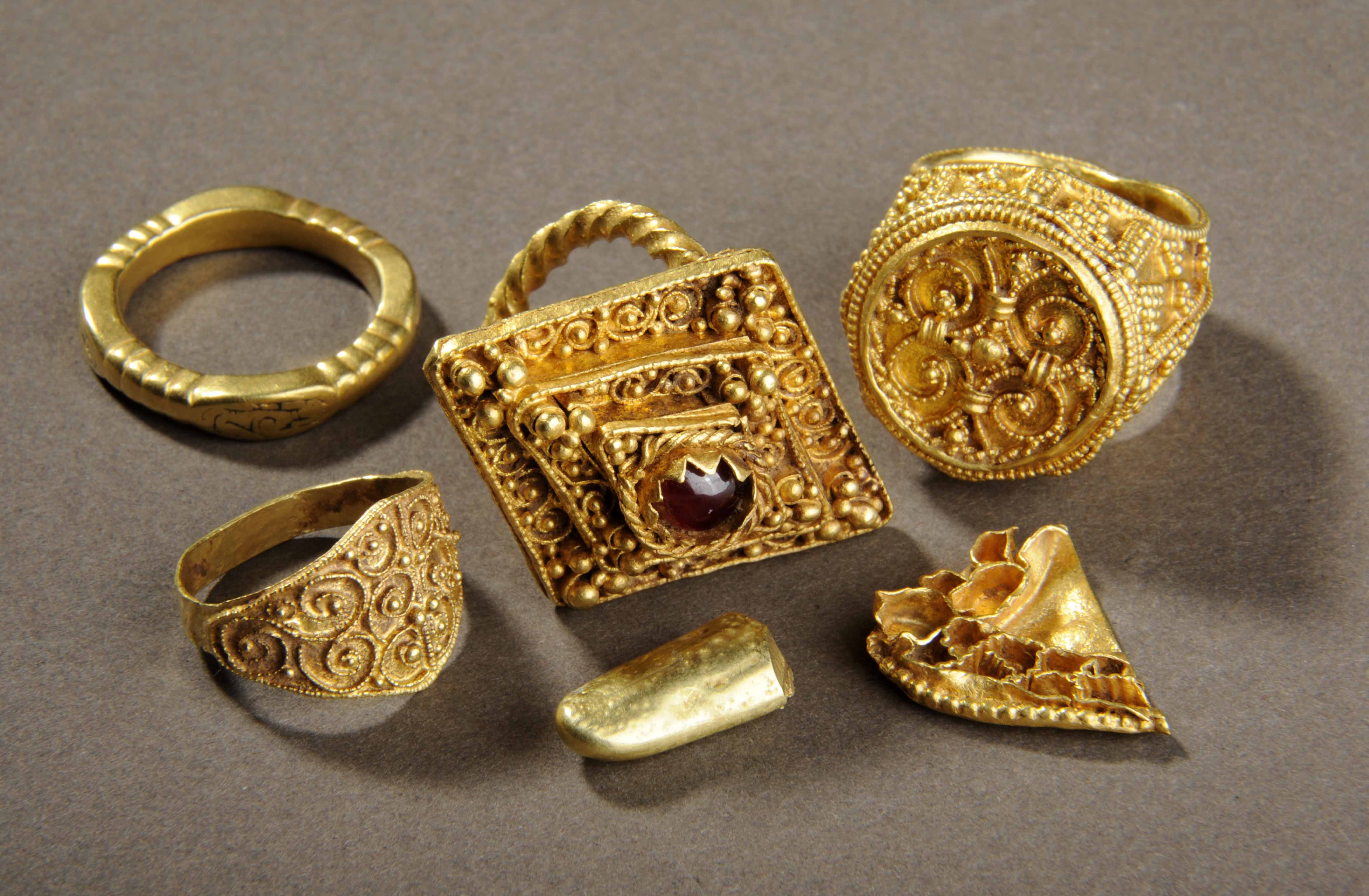 The hoard is unusual for a number of reasons. Most treasure hoards contain coins but this one didn’t have any, so we don’t have any precise dates. The date of the objects themselves was also unusual because they come from a range of centuries, going from roughly the 7th century to the 10th century. It’s a mystery why they vary so much in age but whoever owned them must have collected or inherited a very valuable stash.