The Coiners of Cragg Vale

A gang of labourers got together and determined to improve their lot by counterfeiting gold coins.

Their leader was a man known as 'King David' Hartley, who lived at a medieval farmhouse in Cragg Vale called Bell House.

The gang operated with the support of local publicans, who were needed to take genuine gold coins out of circulation. 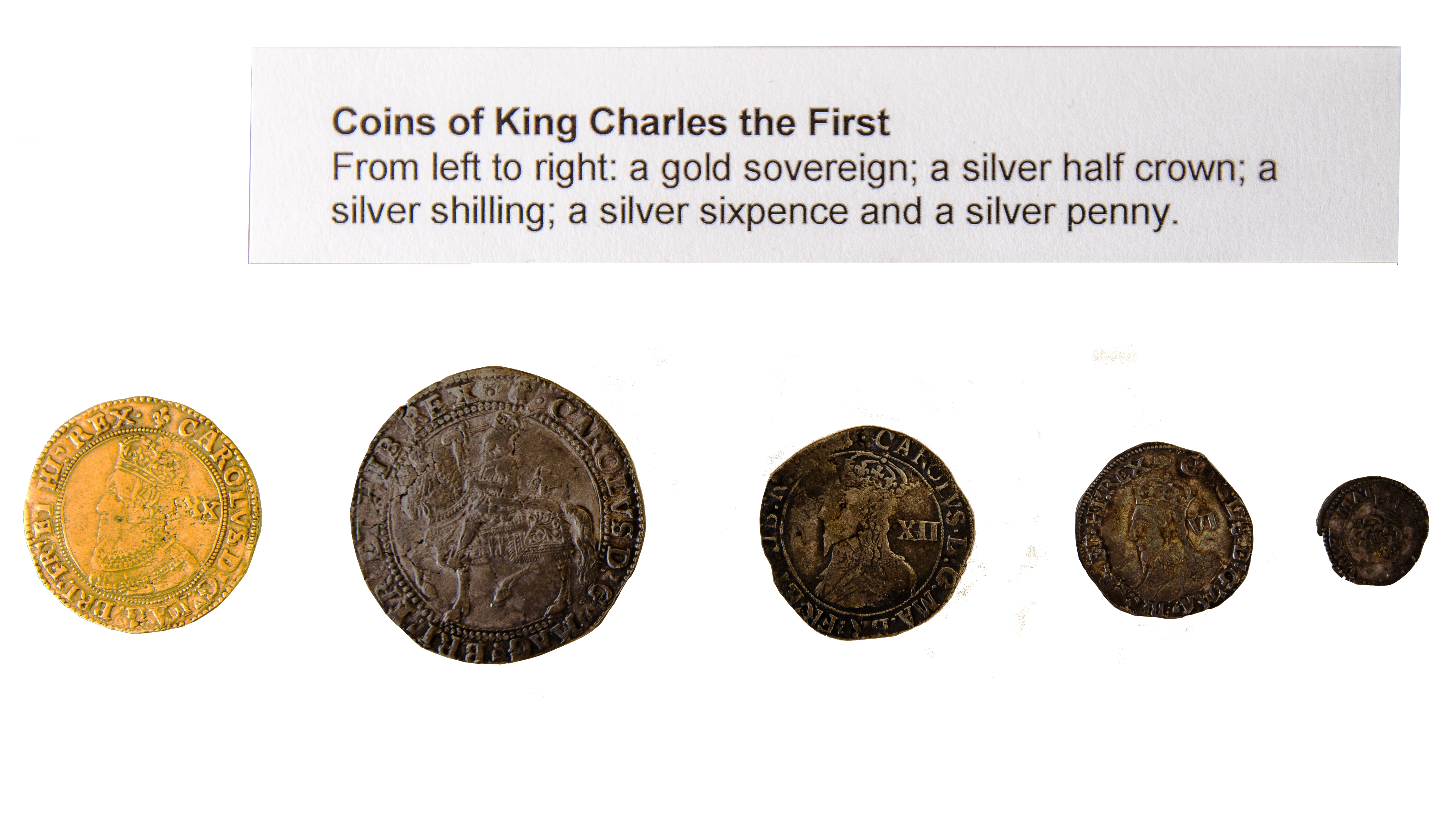 Coins of King Charles I

The coins were clipped or filed, so that some of the gold was sheared off, and a new edge was then milled back onto them. The effect was to make the gold coins marginally smaller but unnoticeable to the naked eye. The clippings were carefully collected and melted down to produce new blank coins, which then had new 'head' and 'tail' faces stamped onto them with metal dies which had been engraved by skilled craftsmen. A heavy hammer was used to punch the engravings onto the faces of the coins, which were then given to the publicans to casually pass back into circulation. Three engravers are mentioned in the accounts of the Coiners' trial - Thomas Sunderland of Halifax, Joseph Shaw of Bradford and a man called Lightoulers (who made the dies for David Hartley). 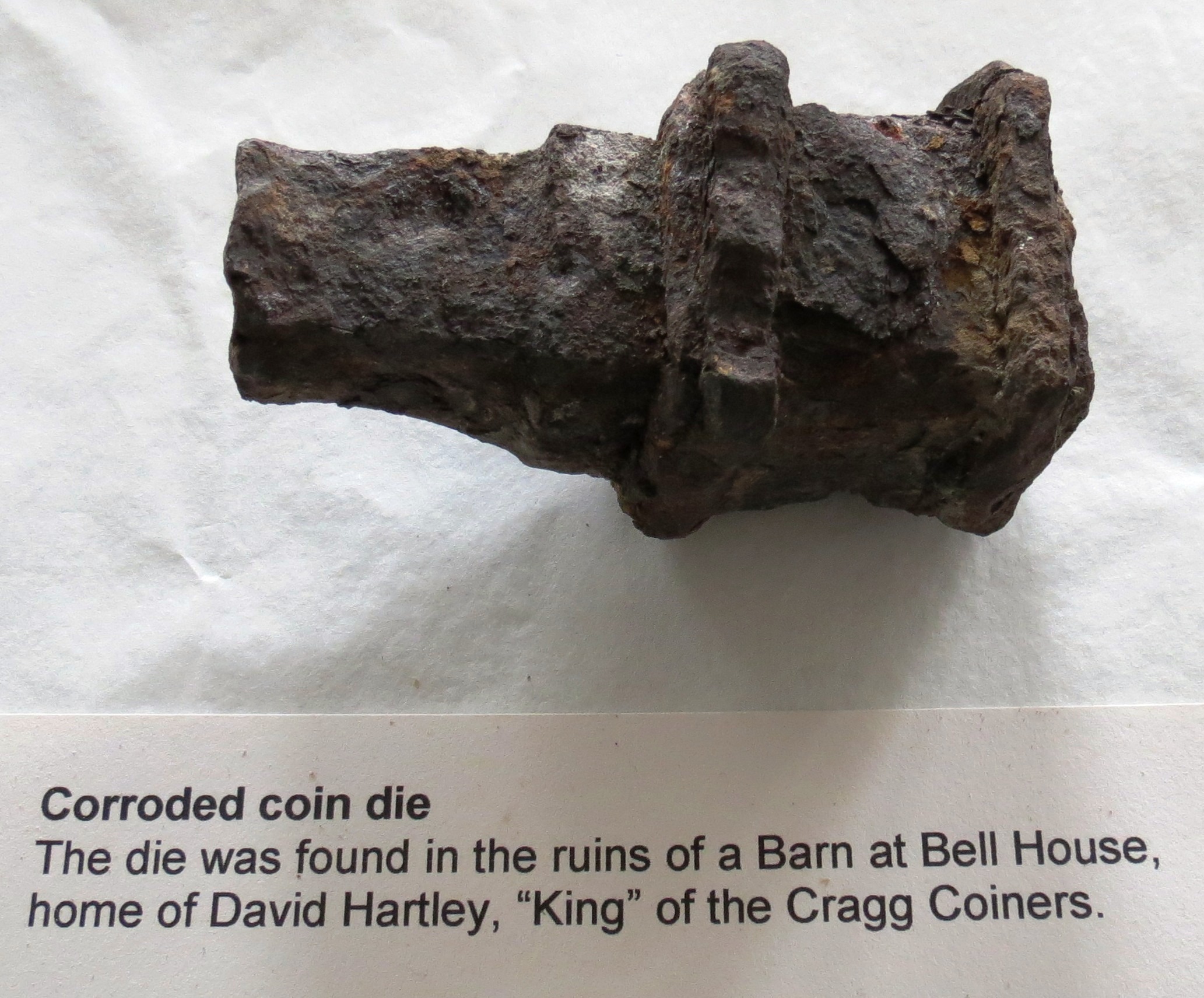 Some of the farms used by the Coiners still exist in Cragg Vale today.

These farms were remote and any strangers approaching them, especially in those days, would have been easily spotted, so it was not difficult for the Coiners to carry out their activities in relative safety.

Milled (for coins) - making a grooved edge onto a coin.

Die (for coins) - a shaped block of metal to press a design into the newly formed coins.