The Art and Craft of Papier Mâché

The History of Papier Mâché

When you think of papier mâché, the first thing that springs to mind is probably covering balloons in newspaper and wallpaper paste. Actually, papier mâché was an important method of creating mass produced, inexpensive objects, both useful and decorative. It was particularly popular during the Georgian and Victorian periods, between around 1720 and 1900, although papier mâché objects were being made in some places in the East, such as China and Tibet, since ancient times. 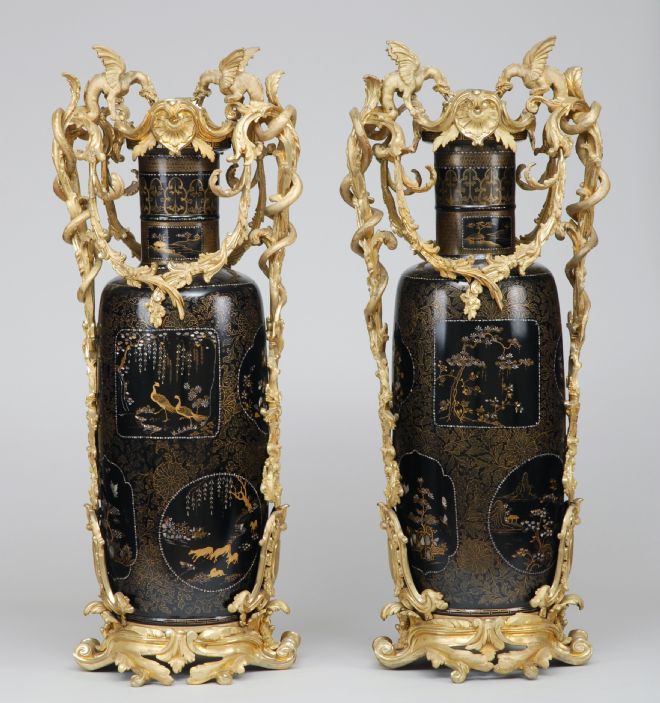 A Pair of Papier Mâché Vases 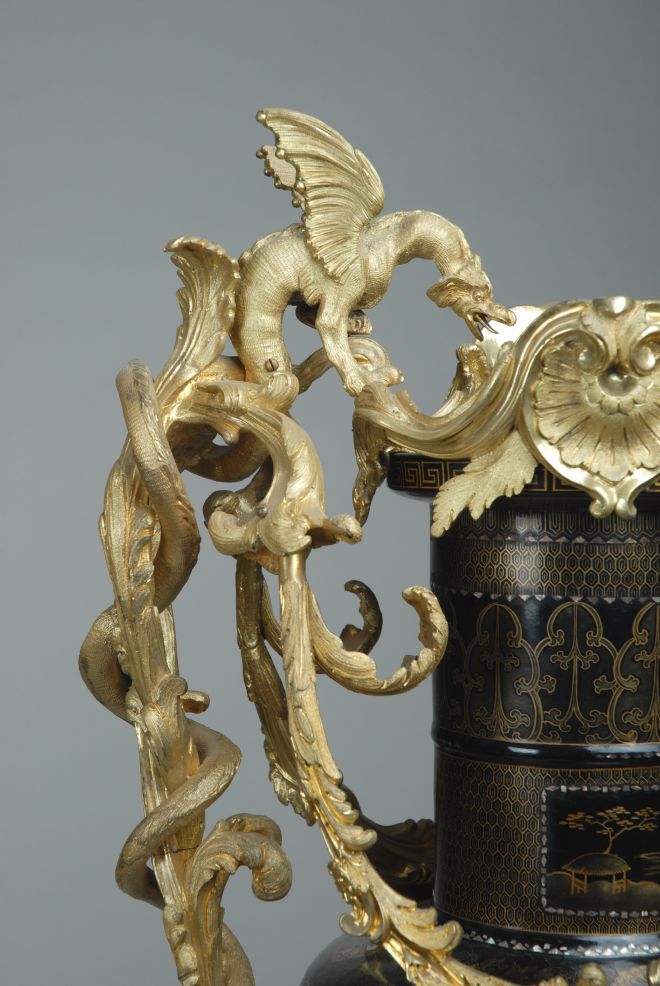 ‘Papier mâché’ is a term used to describe lots of objects made in slightly different ways, but all using mashed up paper and some sort of paste. Sometimes, the paper would be moulded around a solid form, for example a wooden board. Other times, the paper would be pressed into a cast to mould it into the desired shape. In the late 1700s, a man called Henry Clay found a new way to make papier mâché by pasting 10 sheets of rag paper on both sides with a mixture of cooked glue and flour, and then squeezing them together in a metal press. After pressing, the sheets were drenched in linseed oil, which made them waterproof, and then dried at 1000°f (just over 500°c). 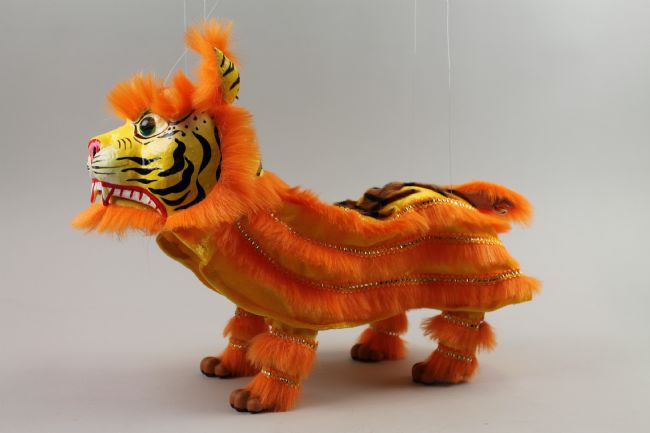 These panels could be used in a similar way to wood, and were much stronger than traditional papier mâché made out of pulped paper. Jennens and Bettridge, a company who bought Clay’s old shop in 1816, improved the strength of these panels by using 120 sheets of paper at a time. These panels took days to dry.

In England in the early 1700s papier mâché was mainly used to make decorative ornaments, such as small boxes, wall brackets, decorative ceilings, card and tea trays and inkstands. As time passed, methods of making papier mâché objects shifted from time-consuming hand pressing to more industrial and machine driven methods, using steam to soften pre-made panels and machines to mould them into strong and even shapes. This meant that papier mâché could even be used to make furniture. It became a very popular method of making ‘ japanned’ furniture. 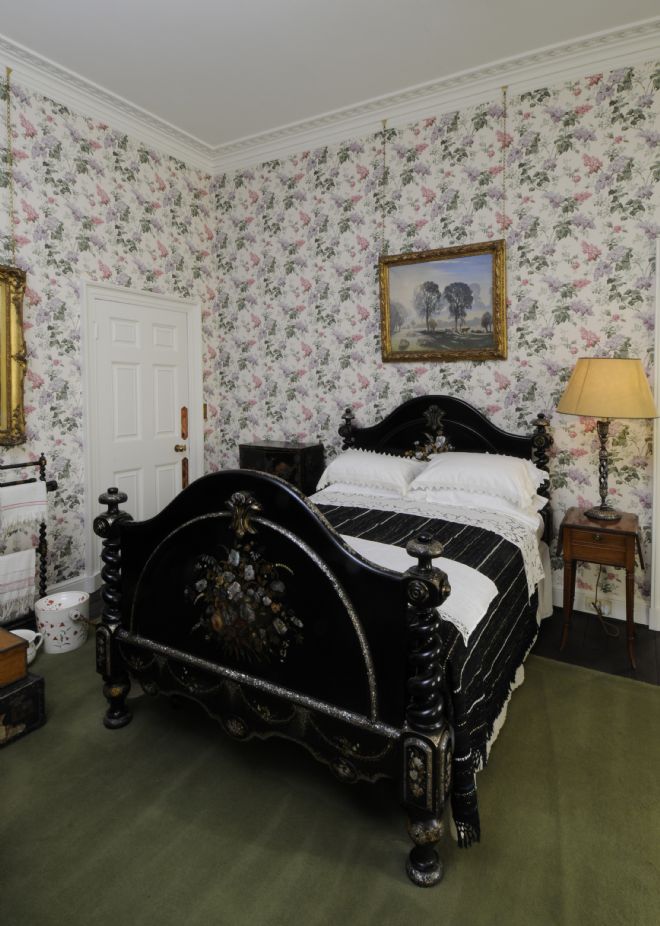 A Beautifully Decorated Bed made from Papier Mâché

‘Japanning’ is the name for the practice of making objects look like they are examples of Japanese lacquer work. This was very popular in the Victorian period, but Japanese lacquer was made from native trees, and often cracked due to the British climate. Instead, furniture makers found that papier mâché could be mixed with tar or pitch to create a smooth black surface that looked very similar to polished black lacquer, but didn’t dry out or crack. Objects were then decorated with beautiful shells, mother of pearl and gold, which were often stuck on to the sticky surface after the item had been varnished.

In America in 1874, a law was passed which allowed papier mâché companies to mash up old banknotes which had been replaced by new currency. This mixture was used to make small statues of famous Americans and replicas of important American monuments. 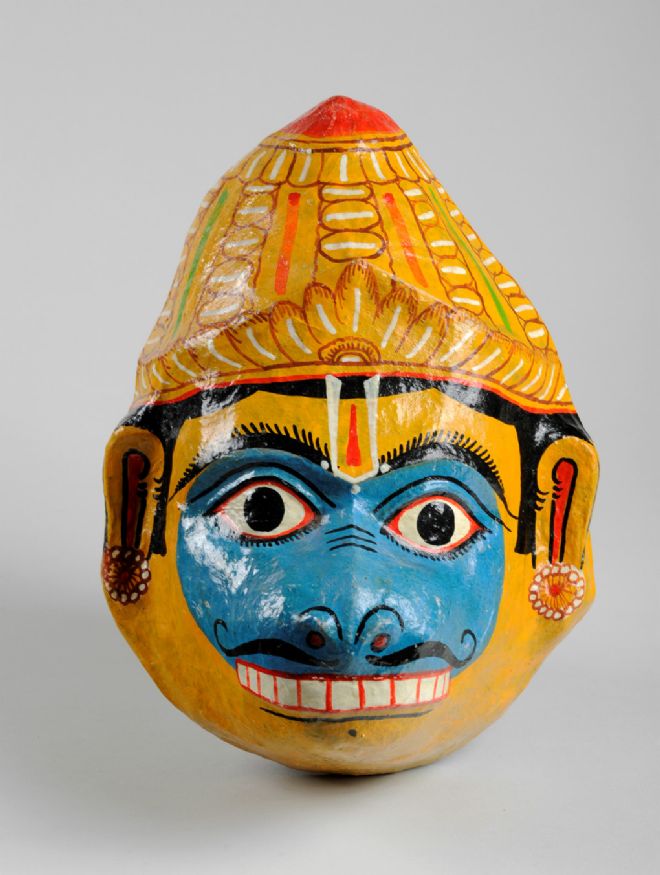 Papier Mâché Mask of a Monkey Face from India
Next section