The First Gay Pride in London 1972

On 1 July 1972 a ‘carnival parade’ of protest was held from Hyde Park to Trafalgar Square London. It was the first Gay Pride in a city in the UK and the nearest Saturday to the Stonewall date of 28 June. 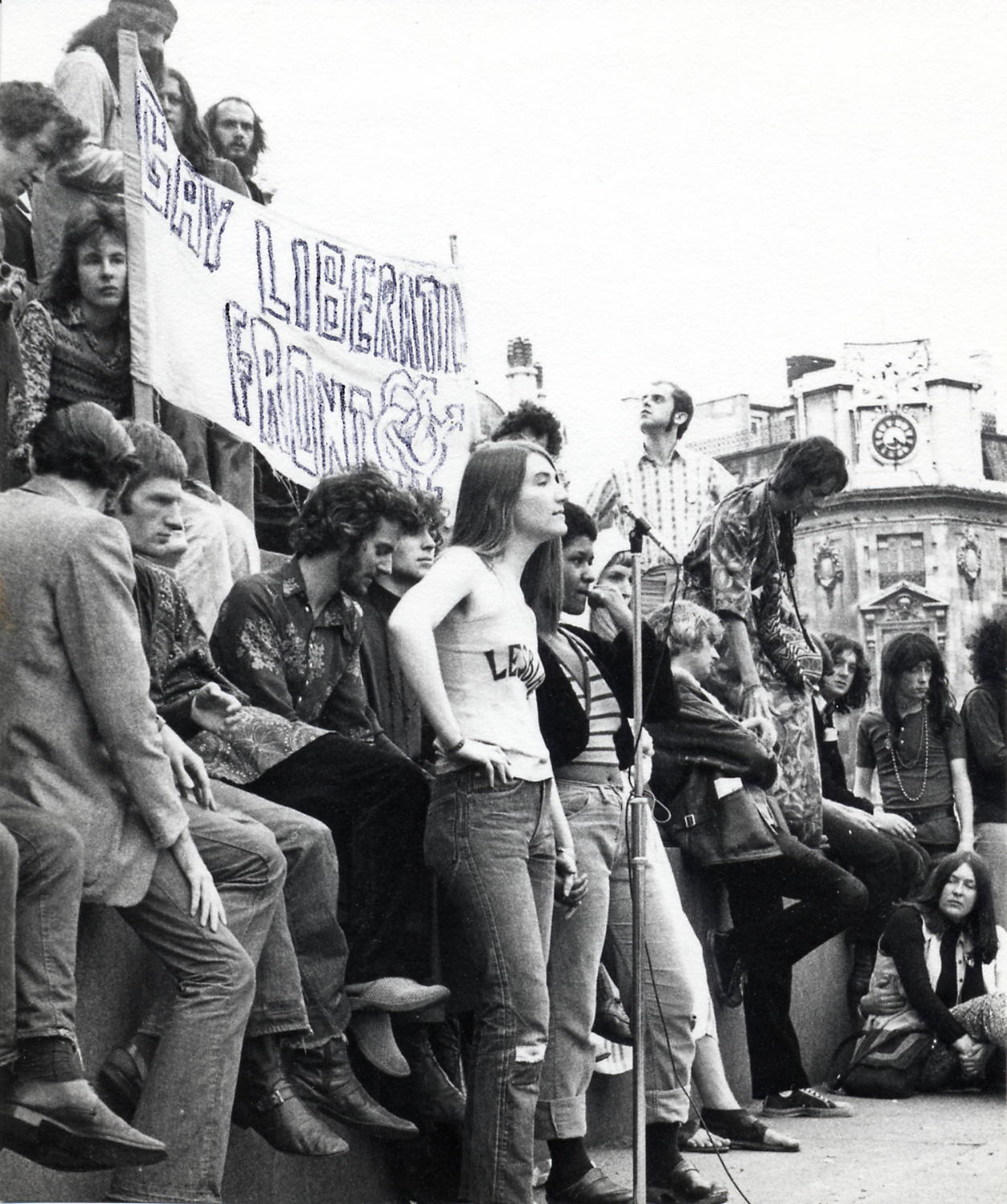 Numerous gay rights organisations took part, including the GLF and CHE, and 200 - 500 people turned up, but it was heavily policed. The march was part of a week-long demonstrations and ‘Gay Ins’ for London Pride. 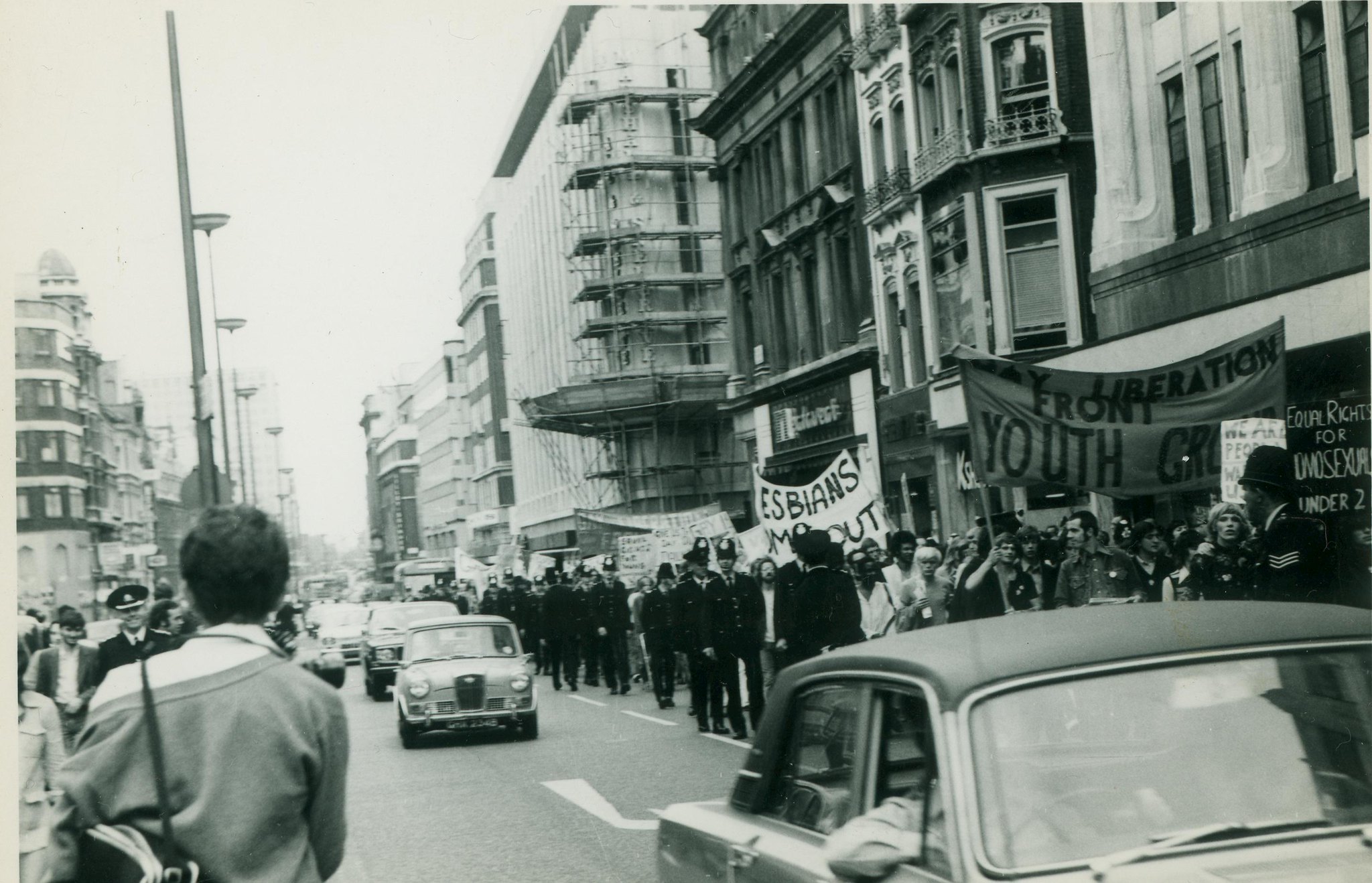 The GLF splintered from 1973 onwards. Sections of the women’s movement thought the concerns were dominated by gay men. The organisation of the London Pride march was taken over by different groups. 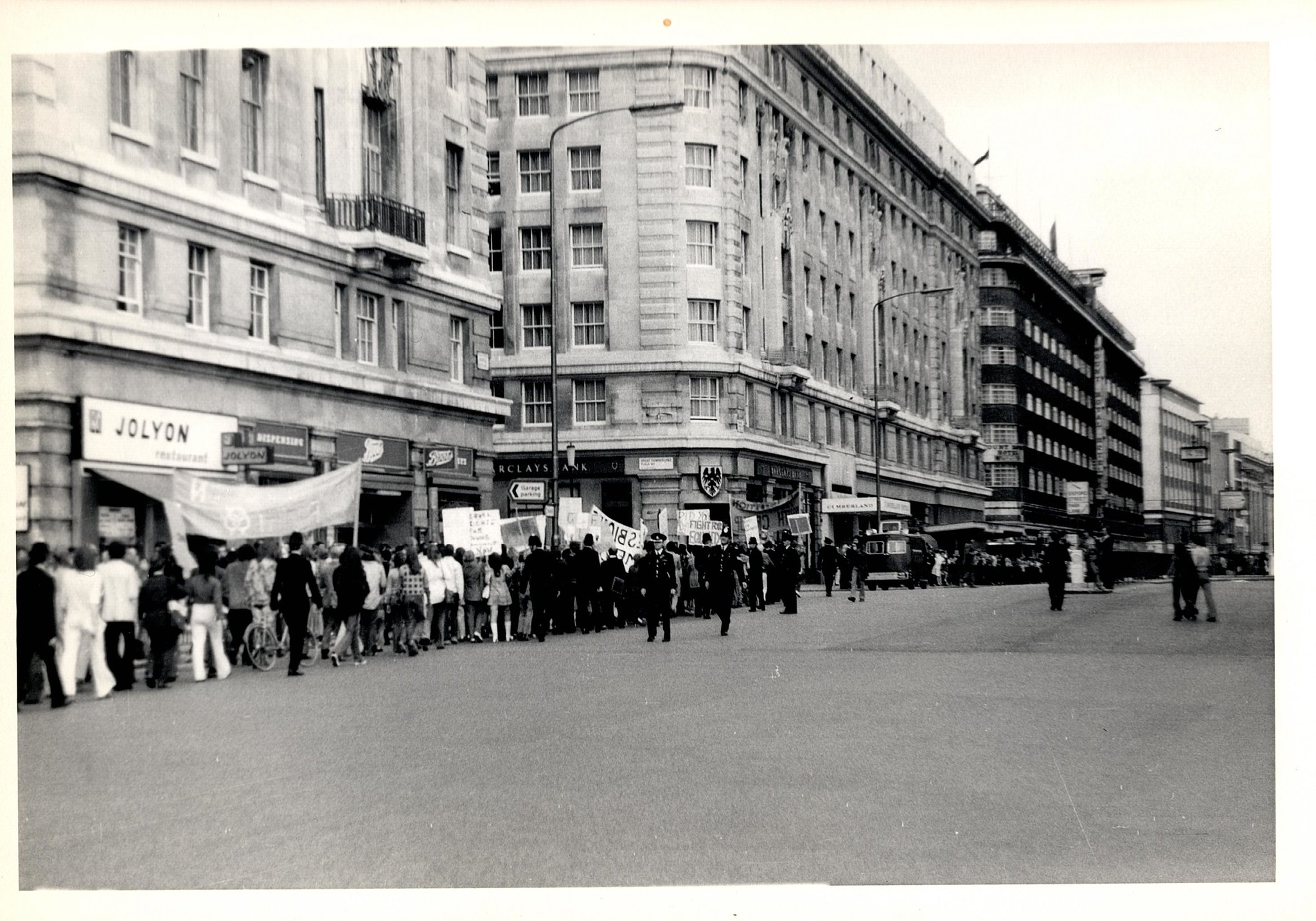 In the 1980s Pride was galvanised as a vehicle to protest against Section 28 (see supporting links for My Learning resource on Section 28)  and to raise awareness and support for people with HIV / AIDS, like the first Manchester Pride (initially known as Manchester Mardi Gras) in 1985.

Pride is a celebration of LGBTQ+ people and a political protest.

This float from an early Gay Pride march shows the combination of music and marching that took place in the early 1970s. (HCA Chesterman) 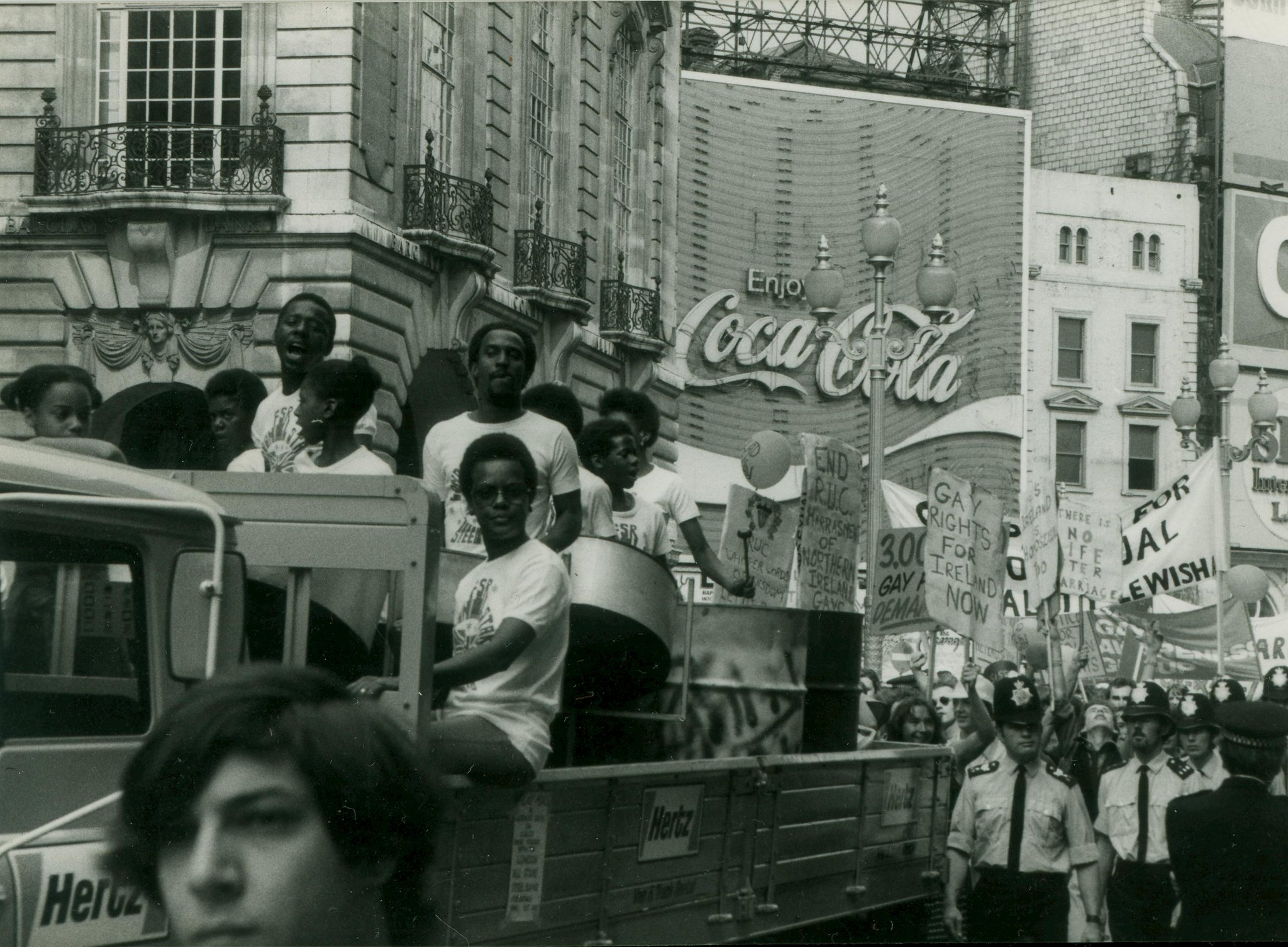 Words like gay (and more recently queer) were reclaimed by activists from being homophobic insults and celebrated. Slogans like ‘Glad to be Gay’ and ‘Gay is good’ can be seen on the placards carried in early Pride marches. These words and phrases were used to express confidence and pride in same-sex sexuality. 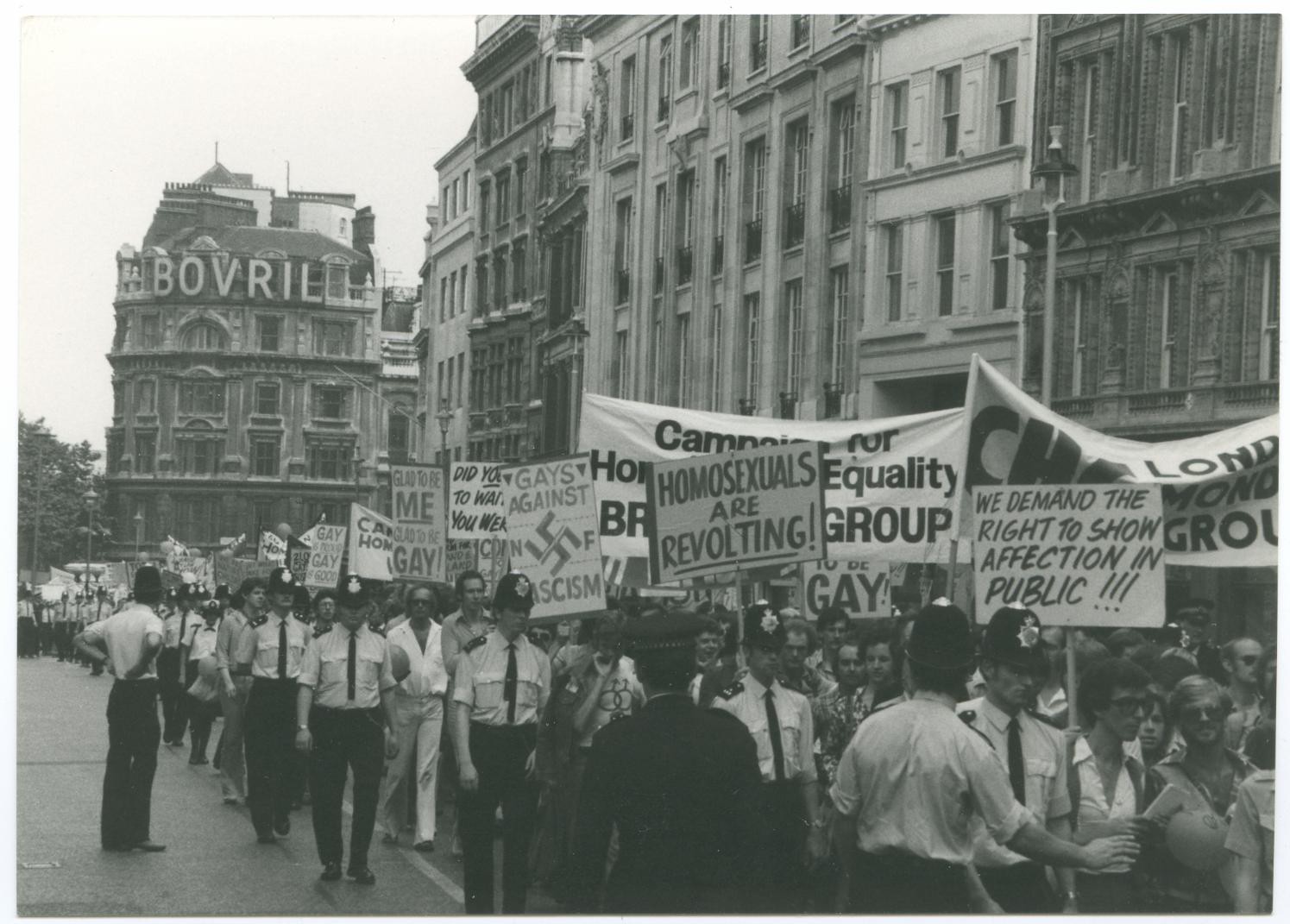