By the end of the War, 1500 of the 2000 men employed by M&S were serving in the Armed Forces. The first edition of the Forces Bulletin was published in January 1944, and was intended not only to keep employees informed about the business, but also to provide a very real link with other colleagues at home and abroad.

The Personnel Department also wrote to every individual wherever they happened to be stationed, or in many cases, held in prisoner-of-war camps. The Bulletin was distributed to all serving employees, and now reveals a fascinating insight into what life was like for ordinary people during the War. 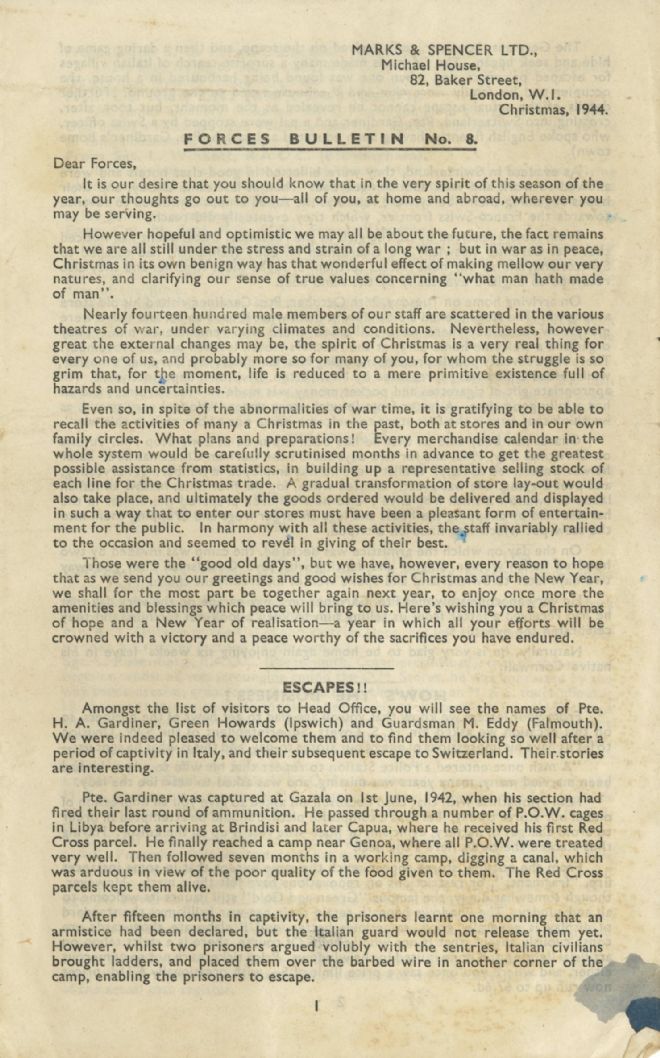 The Christmas edition above contained a Christmas message of hope, a description of M&S stores at the time, news of escapes and replies from employees from around the globe.