In 1935 M&S opened their first Café Bars where customers could order dishes like joints, steaks or fish and chips. When war broke out in 1939, there was more demand for restaurants (and plenty of space due to lack of stock) so by 1942 there were 82 Café Bars across the UK. These were very popular because customers could buy cheap hot meals without using ration tokens. 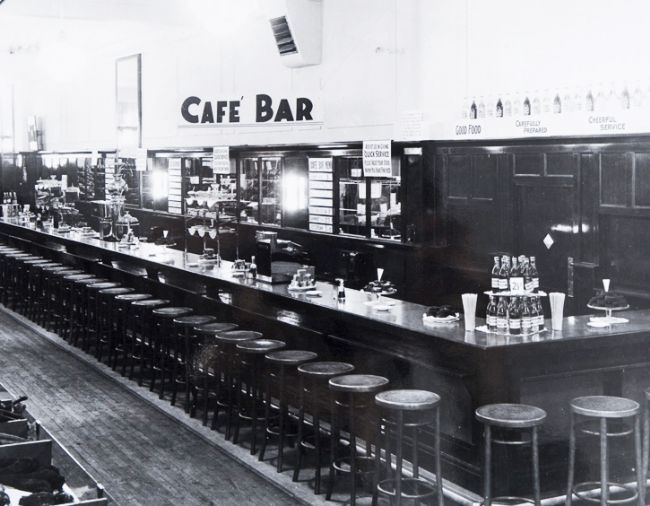 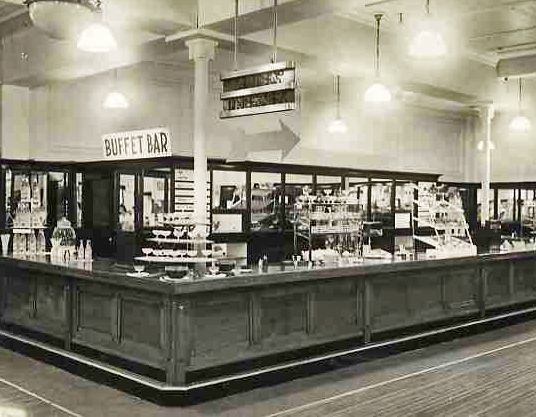 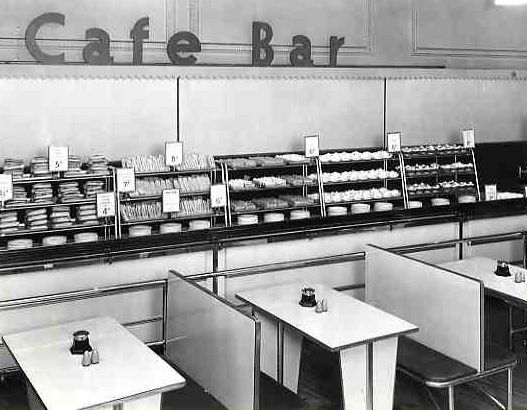 However, as rationing was phased out, Café Bars were viewed as taking up valuable selling space, and so they began to be closed down. In 1961 Exeter and Leeds Café Bars became the last two to close.

In 1998, M&S opened the first of its modern coffee shops called The Coffee Bar, which was a great success and led to the opening of Café Revive in stores around the country.  In 2005, Café Revive became the first UK coffee chain to offer Fairtrade tea and coffee as standard.  Café Revive has since been rebranded as M&S Café. 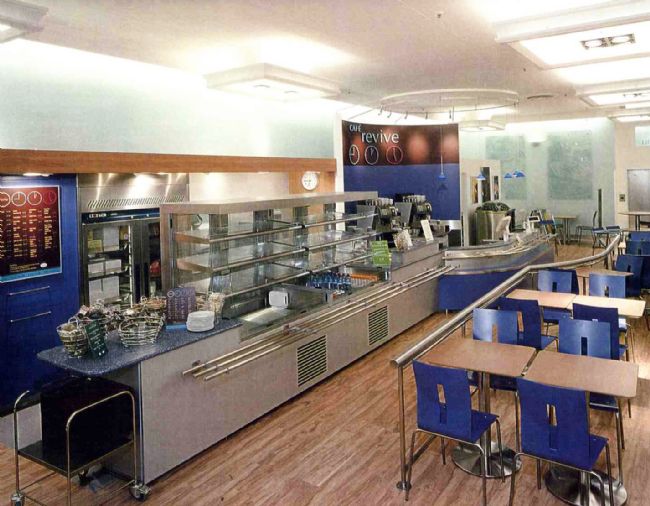 The first M&S Kitchen opened in Canterbury in 2006 selling only food made from M&S ingredients, and is decorated with designs from the M&S Company Archive. 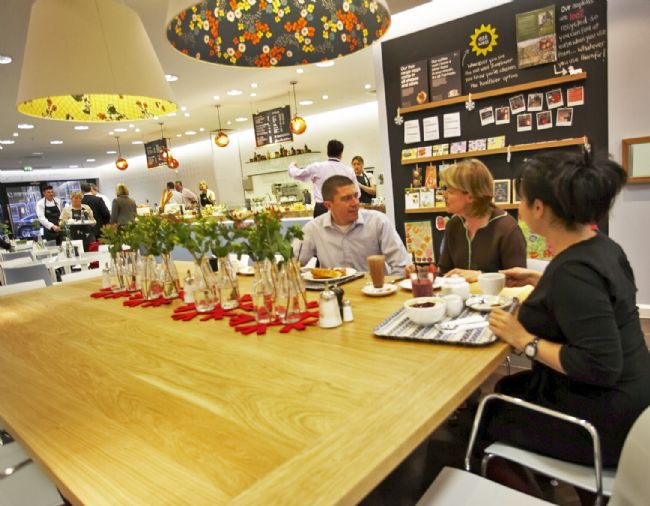