Hyman Rutstein of the Jewish Battalion

When war broke out in 1914 there were only 400 Jews in the British Army and 600 in the Territorial Force. The Jewish Chronicle newspaper urged more Jews living in Britain to join up, and before conscription was introduced in 1916 over 10,000 had volunteered for active service.
On the other hand, new Jewish immigrants were not as eager to join up. Many of them had come from Russia (then Britain's ally in the War) and they did not want to fight to support the Russian Emperor, the Tsar, who had persecuted them in the pogroms. In November 1917, after the abdication of the Tsar in March, the Anglo-Russian Convention on Military Service was signed and Russian subjects living in Britain became liable for conscription. 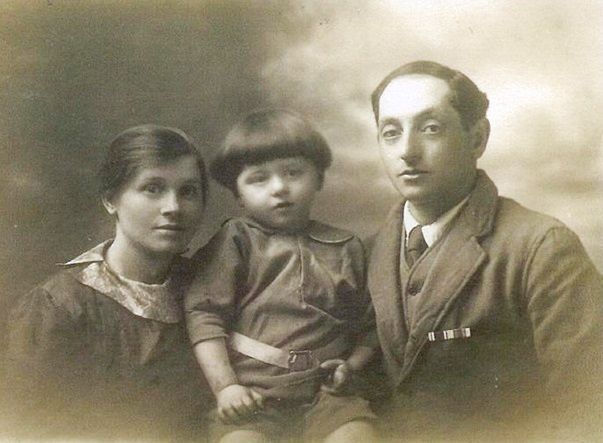 Hyman Rutstein with his wife Tillie and Son
Hyman Rutstein joined the British Army in 1918. His son wrote later that Hyman had two main reasons for doing so: his friendship with a British police officer and his family, and the fact that he was advised to join, so that if he survived the War he would become a naturalised British citizen. 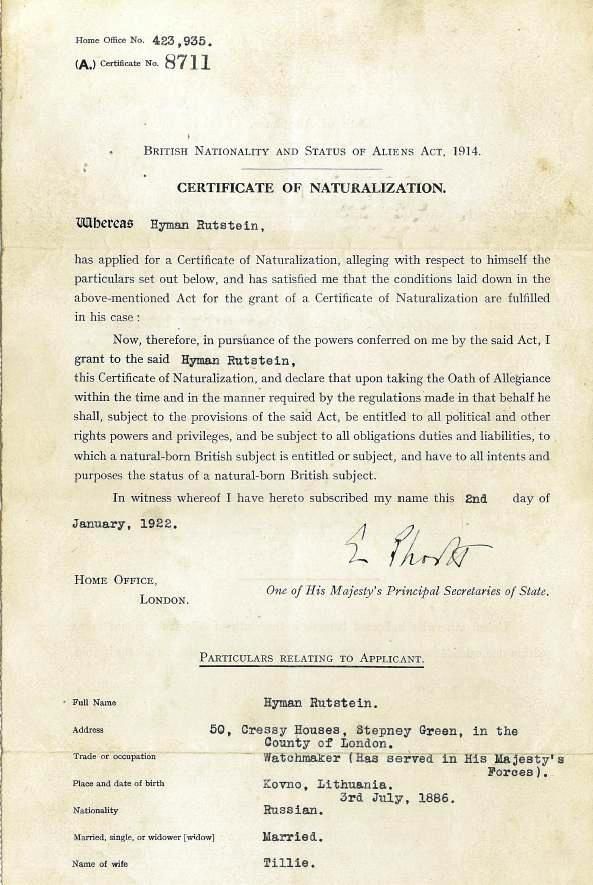 Hyman Rutstein's Certificate of Naturalisation 1922
Hyman’s son describes how the idea of becoming a naturalised British citizen appealed to his father, as 'he wanted to turn his back on the land of his birth due to the Russian Pogroms' . Amongst other reasons, some Russian-born Jews wanted to show their loyalty to Britain, and the possibility of naturalisation after the war was an appealing one. 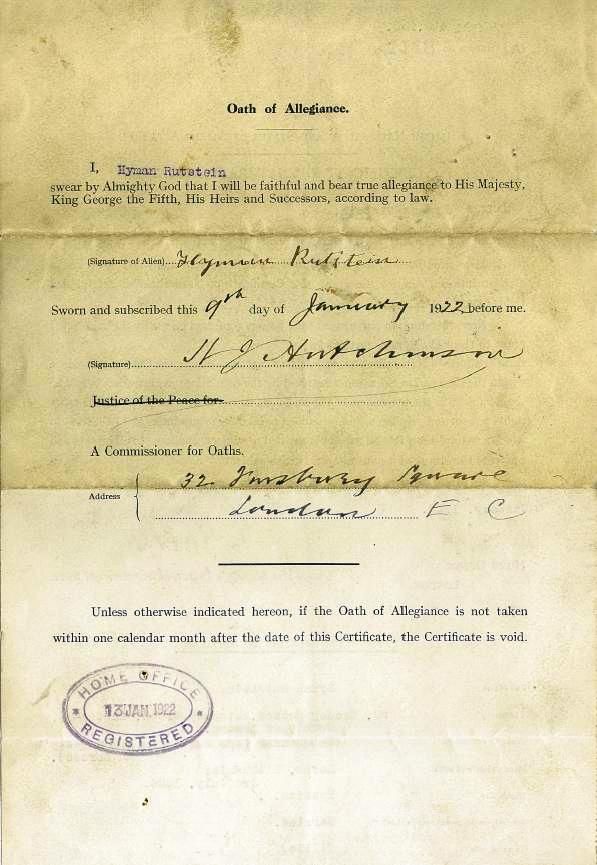 Hyman Rutstein's Oath of Allegiance 1922
Hyman Rutstein was naturalised on 2 January 1922. The fact that he had 'served in his Majesty’s forces' was noted, which could imply that Hyman’s war service had helped his naturalisation application. 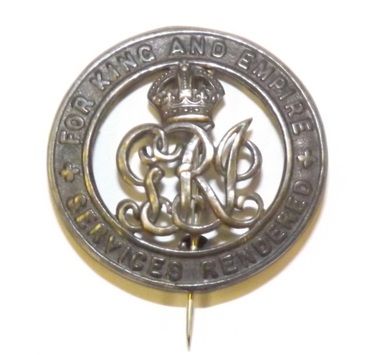 Hyman Rutstein's Silver War Badge
The Silver War Badge (pictured above) was worn by Hyman. This was issued to troops who were honourably discharged from service due to wounds or sickness. The badge was to be worn on the right breast while in civilian dress - it was forbidden to wear it on a military uniform. The badge told the public that the wearer had already served in the forces.
Almost all the members of the Jewish regiments were discharged immediately after the end of World War One in November 1918. Some would go on to take part in the Second World War. Hyman served as an Air Raid Precaution (ARP) warden and was awarded the Defence Medal. 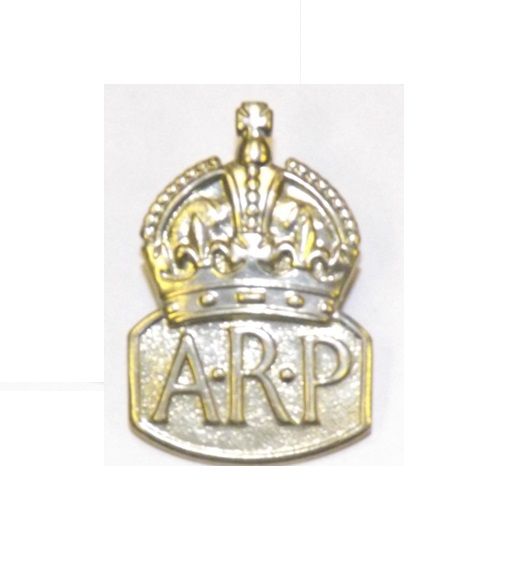 Badge of the ARP Wardens
Hyman attended the Armistice Day congregation at the Cenotaph every year, until his death in 1962. His son Jack later donated his tefillin to the Jewish Military Museum.

Abdication - when a ruler or monarch gives up their power
Anglo-Jewry - British Jewish people
Armistice Day - the anniversary of the signing of the Armistice, which ended the First World War, on 11 November 1918 (now known as Remembrance Day)
Conscription - when people are legally required to join the armed forces
Immigrant -  a person who moves to another country
Naturalisation - becoming an official citizen of a country you were not previously a citizen of
Pogroms - violent massacre or persecution of an ethnic or religious group, particularly aimed at Jews
Territorial Force - part-time local volunteers in the Army, now known as the 'Army Reserve'
Tsar - the title given to Russian rulers (like an emperor)
Next section