Leeds United Football Club plays a big part in the City of Leeds. For the many fans, both local and international, the club provides a sense of community and is the cause of shared celebrations and commiserations.

Leeds City Football Club (pre-cursor to Leeds United) was established in 1904, and elected to the Football League in 1905. Right from the start, the club had its home at Elland Road.

When the First World War broke out in 1914, many footballers signed up to fight, leaving teams without enough players. This led to teams, including Leeds City drafting in ‘guest players’.

After the war a former player, Chalie Copeland made allegations in the press that guest players for Leeds City had been paid during wartime competition. The practice was widespread but was a serious breach of Football League rules. Only eight games into the 1919–20 season, the club found themselves expelled from The Football League. The harsh punishment was handed down mostly because of the behaviour of the club's directors, who would not co-operate with the official inquiry, and refused to hand over the club's financial records.

This was to spell the end of Leeds City Football Club, and on 17 October 1919, an auction was held at the Metropole Hotel in Leeds. All the players and other club assets were sold. The 16 members of the playing squad were bought by nine different clubs for a total of £9,250.The figures below show what some of the players were sold for:

The Early Years of Leeds United

This was not to be the end of football in the city of Leeds however. On the very same day as the auction, around 1,000 Leeds City fans gathered at a public meeting at the Salem Chapel. Chaired by a local solicitor, Alf Masser, the meeting voted unanimously to form a new professional football club. They named it Leeds United. The newly formed football club continued to play its home games at Elland Road and first competed in the Midland League, which was a combination of pro clubs' reserve teams as well as works teams.  Leeds United entered the Football League (FL) the following year, in 1920.

By 1956 Leeds United would be in and out of the First Division four times, as fans were given a roller-coaster ride of promotions and relegations. 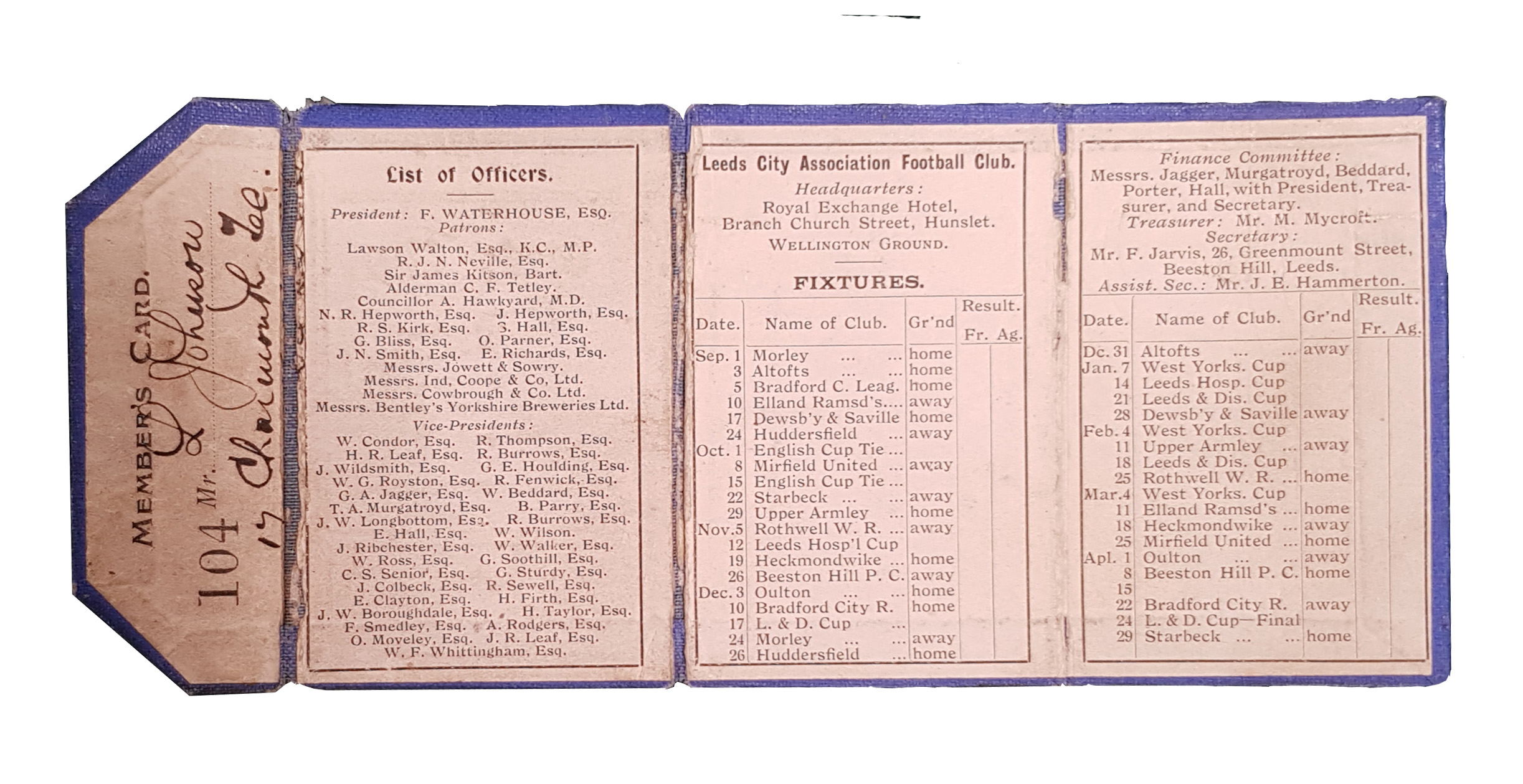 The Second World War put a similar strain on the club as the First World War had done. With almost all the club's playing staff away in the Forces, it was a difficult task trying to keep the club going. The boardroom at Elland Road, the tea rooms and dressing rooms were commandeered for military administration purposes.

However, the ground was allowed to be used for games for a couple of hours on a Saturday afternoon - by kind permission of the War Office.  Guest players and local youngsters helped to keep some football going in the city, a welcome distraction from the realities of the war and the Home Front.  These games were known as 'friendly' leagues, and were not officially listed to count towards team honours.

The Club Under Don Revie

In March 1961, the club appointed  Don Revie as player-manager. Immediately upon his appointment. Revie was a manager with a plan.  Harry Reynolds became chairman, and he not only provided the club with financial support, but also backed Revie and all his new initiatives and overall approach to managing the team.

Revie implemented radical new ideas around exercise, nutrition and team bonding. In addition to regular games of bingo and carpet bowls, he brought in ballet dancers to talk to the players about balance and movement. In this he proved to be ahead of his time, as many of today’s players also head to the ballet barre to improve their strength, flexibility and balance.

Revie also developed a successful youth academy, becoming a father figure to the team’s younger players.  The scouting network was improved and expanded, and became a crucial element in the club's future success. It is generally accepted that, under his leadership, the club's young talent was far better suported and developed.

Revie created a sense of family and togetherness that ran from the youth academy, right through to the professional players.  This family spirit was to play a large part in the club's rise to success in the following years.  Revie also introduced the 'Leeds United Wave', where the players walked out and waved at the crowd before matches started.

In 1964, three years into Revie’s management, Leeds United were once again promoted to the First Division. The club then started dominating the local competition. During the next decade, they claimed two League titles: the Football Association (FA) Cup and the Football League Cup, while finishing runners-up to Milan in the European Cup Winners' Cup.

Celebrations of a LUFC FA Cup Win in 1972

Their biggest loss would come in 1975, however, when they were defeated by Bayern Munich in a controversially refereed European Cup final.  Many fans felt that their team had been robbed of the title. 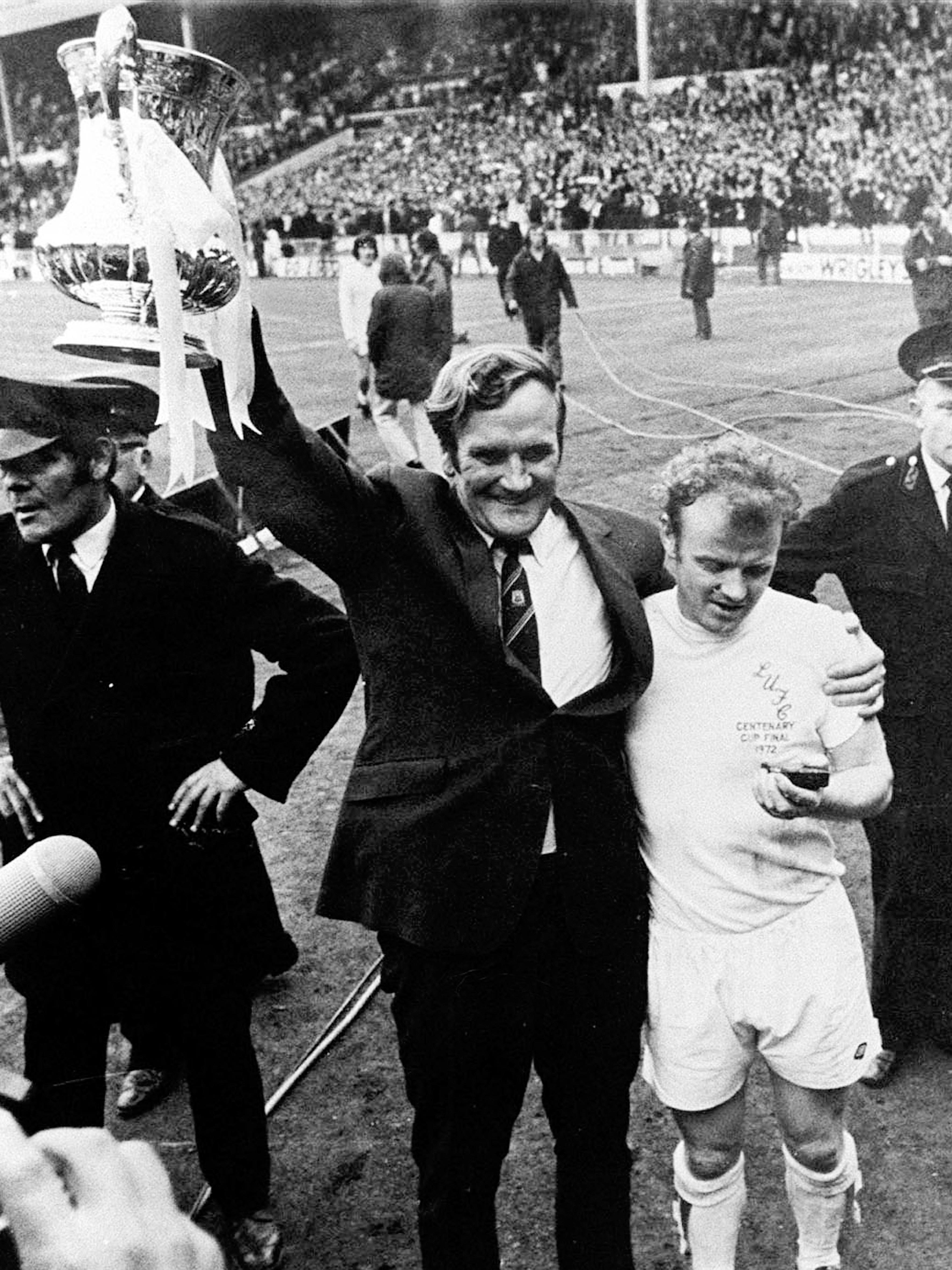 This was followed by a quieter period, where the club had several different managers. None of them seemed able to bring the team to the same level of success that they had enjoyed under Revie’s management however, and for the fans this was a frustrating time.

The Club Under Howard Wilkinson

Leeds re-emerged as a contender in the early 1990s, under manager Howard Wilkinson. With his eye for talent, Wilkinson was successful in bringing a number of skilled players to the club, including future stars such as Gary Speed and Eric Cantona. At last the fans had something to celebrate again, as in 1992, Leeds claimed their third League trophy, the First Division title. The competition was then renamed the ‘Premier League’.

Howard Wilkinson was also instrumental in confronting the racism within the stands at Elland Road, which had become a significant problem during the 1980s.  (See LUFC: an Inclusive Club for more information). 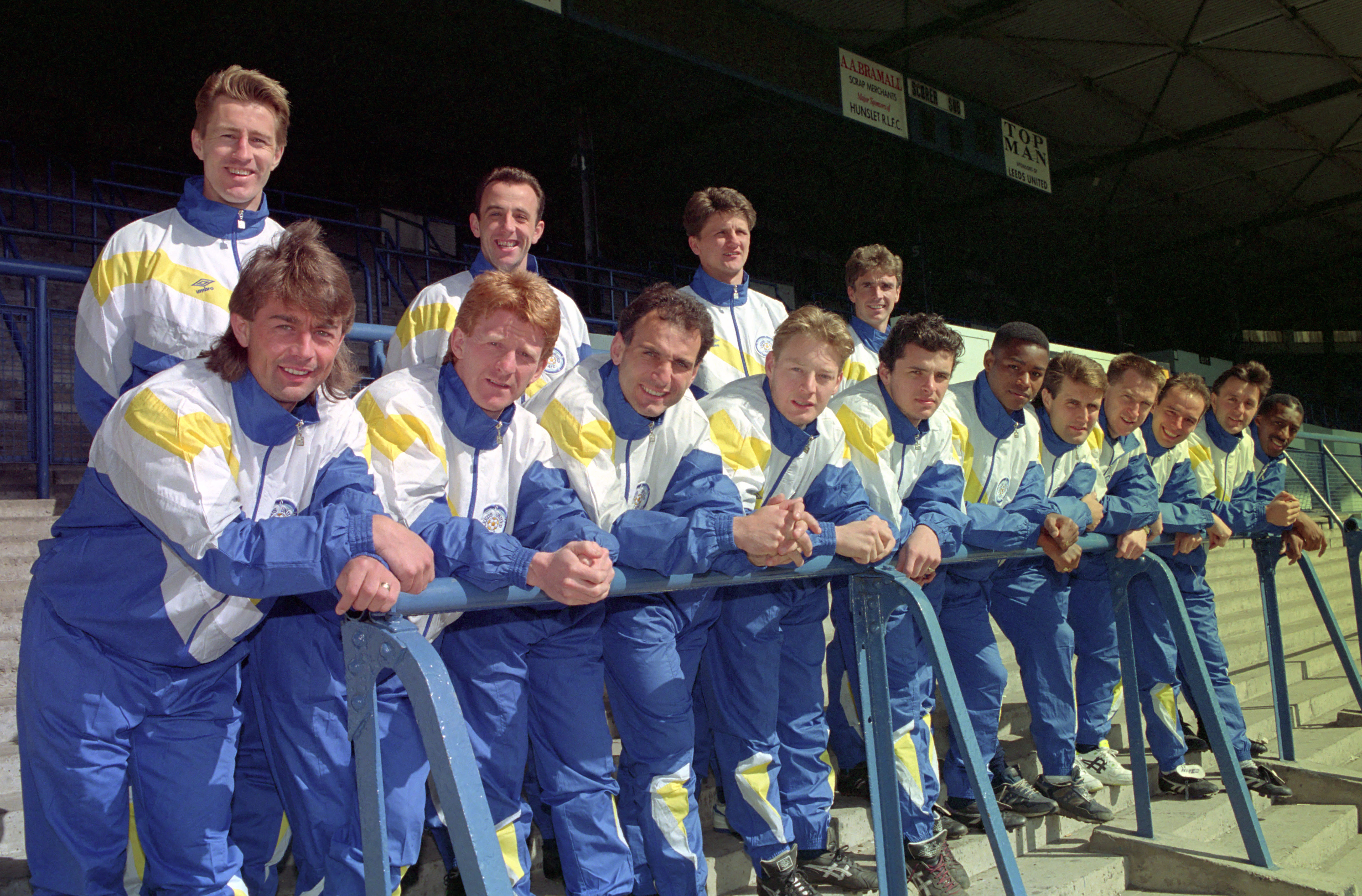 At the end of the 1997–98 season, Leeds had qualified for the following season's UEFA Cup, under the management of George Graham. In October 1998, Graham left to become manager of Tottenham Hotspur, and Leeds opted to replace him with assistant manager David O'Leary.

Under O'Leary and assistant Eddie Gray, Leeds consistently finished in the top five in the Premier League, and secured qualification for both the UEFA Cup and the UEFA Champions League, reaching the semi-finals of both competitions.

However this success turned out to be short-lived. After a huge financial meltdown in the early 2000s, Leeds were relegated to the Championship in 2004.

Following relegation to the Championship, most of the remaining players were sold or released on free transfers to reduce the high wage bill. The club were also forced to sell both their training ground and Elland Road stadium in the autumn of 2004.

Following more financial problems, Leeds entered administration on 4 May 2007, and received a league-imposed 10-point deduction that officially relegated the club to the third tier of English football, followed by another 15 point deduction before the start of the next season. Leeds United had previously never played any lower than the second tier. This was a huge blow for both the club, and for the fans, who had stuck by the team through thick and thin.

With financial issues looming large, it looked like history might be repeating itself. However, the team battled their way back, and regained promotion to the Championship in 2010, and have remained there since. In 2017 the new owner, Andrea Radrizzani bought back Elland Road, returning the home-ground to club ownership, a move that brought him much respect from fans, and caused much celebration.