WW1 Postcards From the Front

Messages from the Western Front

In the First World War, many soldiers stationed on the Western Front sent postcards to their loved ones at home. They sent cards covered with cheeky cartoons, pictures of French towns ruined by the war and sometimes photographs of themselves. 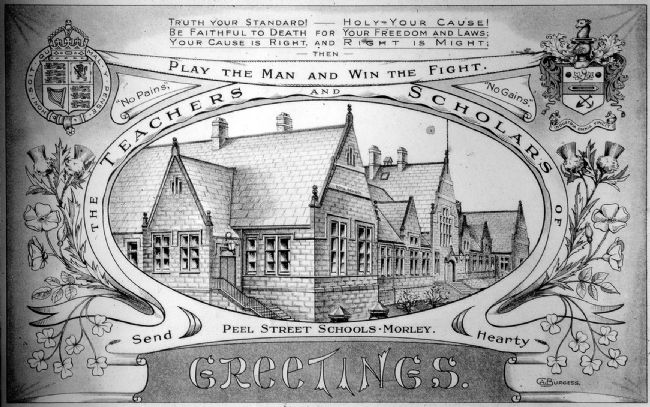 Postcard sent to WW1 Soldiers
One of the most popular varieties was the range of silk postcards made by French and Belgian refugee women, who embroidered decorations – from flowers to flags, military badges and messages – on to silk strips.
These were sent off to factories to be mounted on cards, before they were sold to off-duty Allied troops from roadside stalls or shops. Between 1914 and 1919 over 10 million silk postcards were made. Not all were posted – many were bought as keepsakes and discovered years later, still blank.

Embroidered Silk WW1 Postcard
The silk postcard pictured here is embroidered with the regimental badge of the Royal Sussex Regiment, 8th Battalion. The 8th Battalion was a Pioneer Battalion formed from volunteers in September 1914. The Battalion was sent out to Boulogne in July 1915 and later played a key role in the Battle of the Somme.

The card has a handwritten message on the back:

‘To Dick with all best wishes from Billie, Xmas 1915. Light after darkness, the Belgium flag.’ 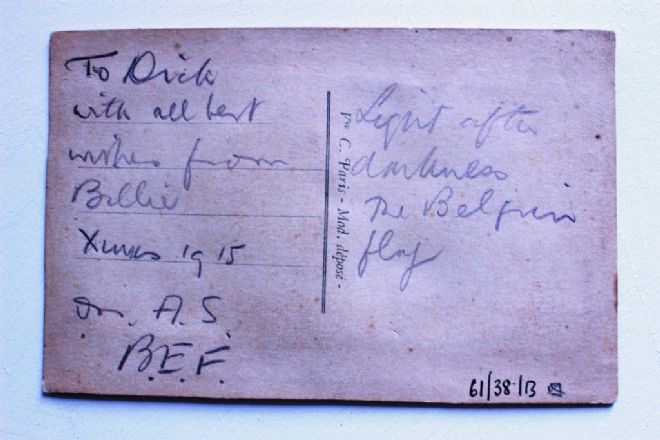 All letters sent by soldiers – even postcards – had to be censored by their senior officers, under the Defence of the Realm Act. The censor removed any information about military operations, such as locations or troop numbers, which the enemy might have been able to use should the letter have accidentally fallen into their hands. 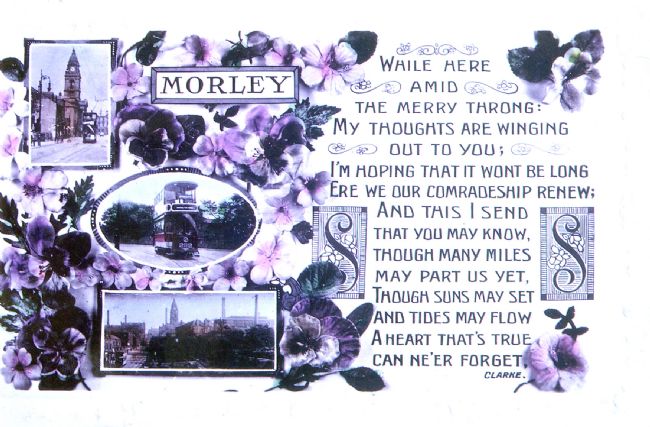 WW1 Postcard of Morley near Leeds
They also had to cross out any overly negative comments soldiers made about their superior officers or even complaints of bad weather, as the authorities did not want people on the Home Front to believe that soldiers were poorly treated. Some soldiers arranged with their families to write using a special code, so that they could still write what they wanted.

Artefacts - man-made object of historical or archaeological interest
Censor – to remove information or opinions from texts or broadcast material which do not agree with organisation’s policy, are offensive, may be too sensitive, or in wartime could fall into enemy hands
Defence of the Realm Act – an act passed to give the government extra powers in WW1
Embroidery – decorative 'needlework' made by sewing patterns, pictures and letters onto cloth using coloured thread
Keepsake – a small item or present which has memories linked to it
Memento – object kept as a reminder of something
Refugee – someone who has to leave their country to escape a war
Next section