What is a Rock?

A rock is a mixture of different minerals bonded together in a lump. We usually describe and classify rocks by how they are formed.

Imagine igneous rock as a hot-headed person whose temper can boil up, but will eventually cool down. Igneous rocks are formed when very hot liquid rock (magma) slowly cools down. 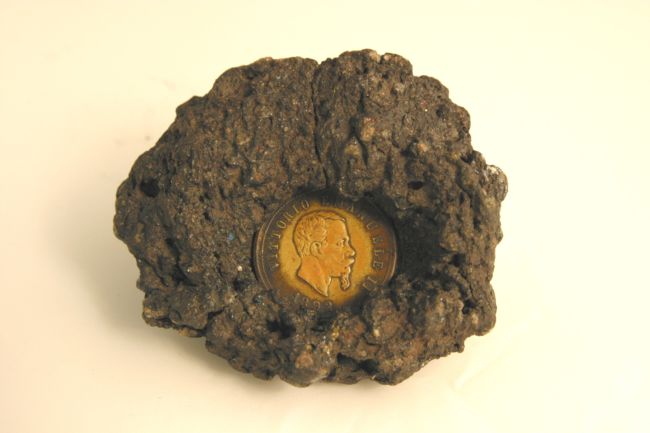 Italian Coin Encased in a Piece of Lava

This can happen slowly inside the Earth or more quickly after the magma reaches the surface, for example when a volcano erupts and a mixture of lava, hot gas, ash and rock travels down its sides.  Igneous rocks do not contain fossils. 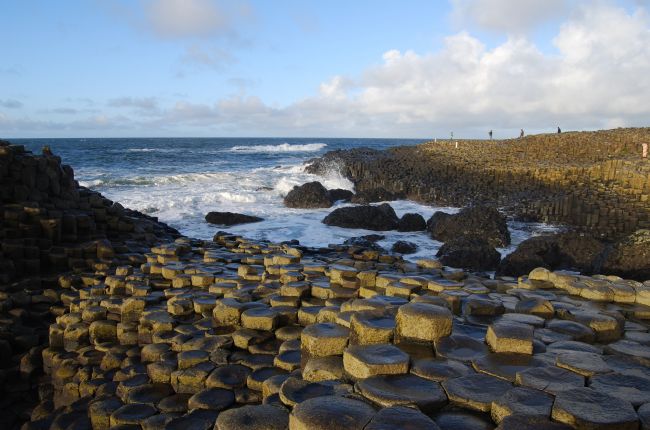 Examples of igneous rocks include:

Particles (tiny pieces) of gravel, sand, mud, silt, dead animals and plants are constantly moving into stretches of water and being deposited there. They form 'sediment', which is the mud at the bottom of a lake and the sand under the sea. 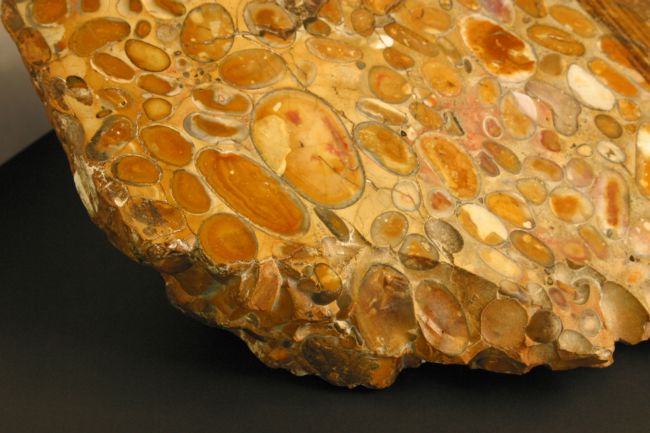 Close up of a ConglomerateRock

Examples of sedimentary rocks include:

If any type of rock travels deep inside the Earth, after millions of years, the vast amounts of pressure and heat beneath the Earth's surface will change it into a metamorphic rock.  Sometimes fossils are found in metamorphic rock, but they are often misshapen because of the pressure involved in creating the rock.

Examples of metamorphic rocks include:

Compacted - when something is closely packed together

Deposit - when something is left or dropped somewhere

Magma - hot, liquid rock under the surface of the Earth

Lava -hot, liquid rock on the surface of the Earth.

Outcome - the result of something

Particles - very small pieces of something

Vast - so big it is hard to measure