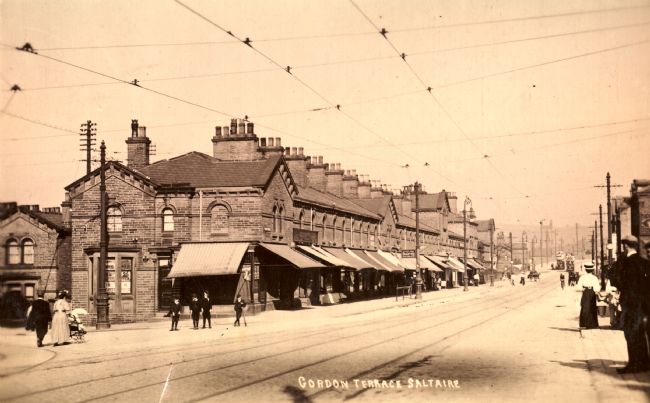 Gordon Terrace, Saltaire (pre 1903). When Titus Salt began building his village it was at least a ten minute walk to the nearest town of Shipley so he provided plenty of shops for his workers. In 1870 there was a choice of six grocers in the village. By the 1890s there was a demand for even more shops as the population of the area grew and people from Bradford came to Saltaire and nearby Shipley Glen on day trips from Bradford on the tram. Gordon Terrace was originally built as houses but converted to shops in the 1890s and early 1900s