Zeppelin Raids in the Humber During WW1

Zeppelin damage in Hull during WW1

A retired German army officer, Count Ferdinand von Zeppelin, built his first airship in 1900. Zeppelins consisted of a huge balloon, shaped like a cigar, which was filled with hydrogen and had a large basket slung underneath. Before the war Zeppelins were used for pleasure cruises but the German military soon realised that they could be used to attack the British population. Zeppelins were capable of travelling at about 85mph and carrying up to two tons of bombs. They could fly further than aeroplanes, though they were slower to deploy and more difficult to manoeuvre.

The first Zeppelin raid was on Great Yarmouth and King’s Lynn in January 1915, but many more followed. The east coast of Britain was particularly vulnerable as it could be easily reached by flying across the North Sea from the north west German coast. 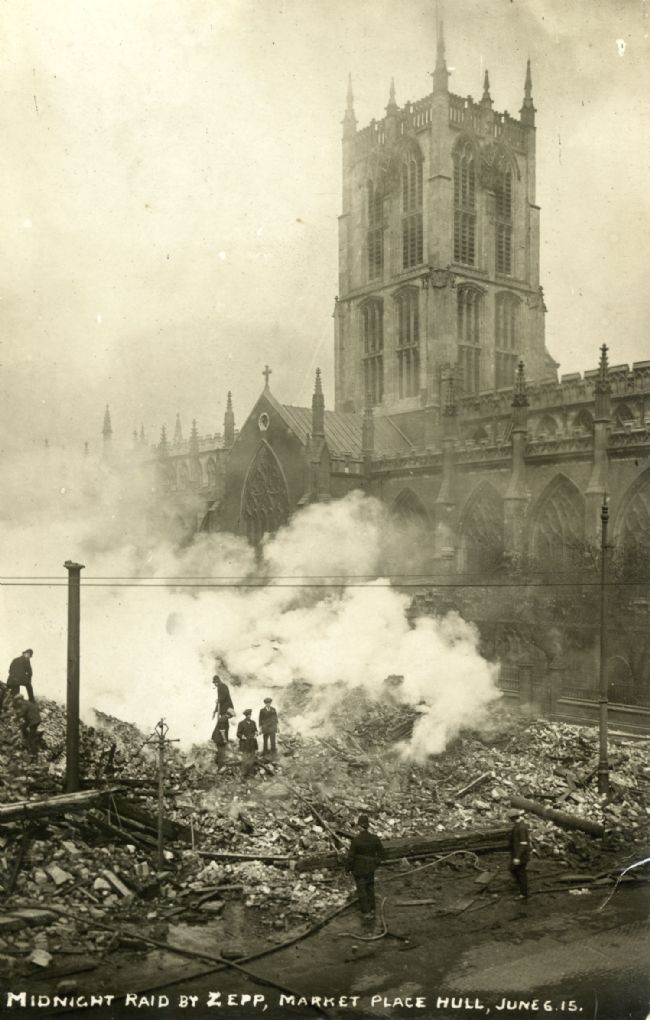 There were raids on Lincolnshire, the East Riding and Hull during 1915 and 1916 which caused deaths and hundreds of injuries, and far more air raid warnings. The local press agreed not to report on the Zeppelin raids so as not to cause panic. Nationally, 1,400 people were killed and more than 3,400 wounded in air raids during the First World War. 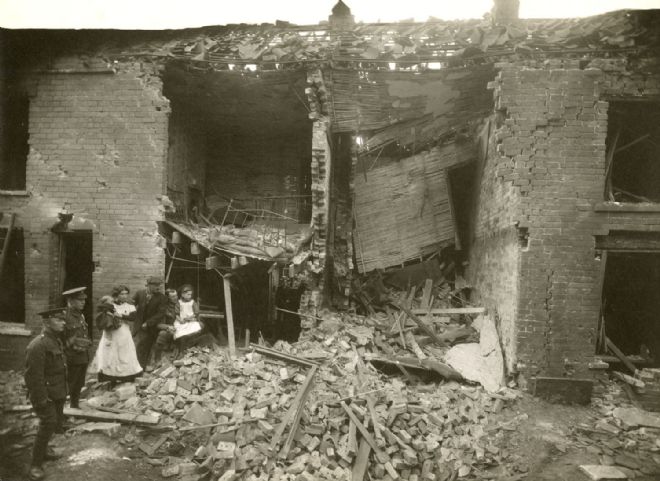 Manoeuvre - move something skilfully or carefully

Reaction to the Zeppelin raids