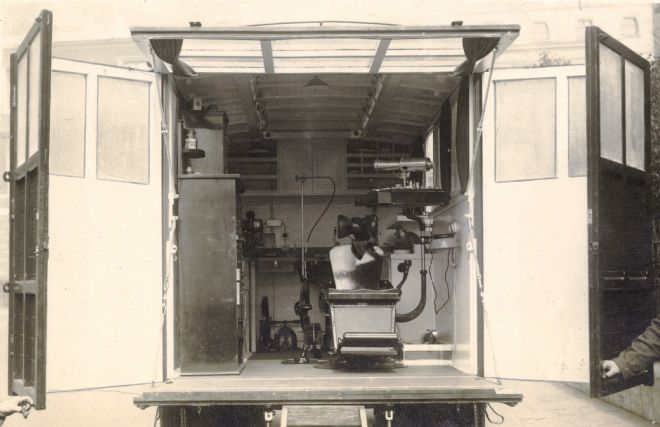 WW1 Mobile Dental Surgery
This mobile dental surgery was designed and produced in 1915, possibly by the Engineering Department of the Royal Automobile Club (RAC). It was used to provide dental treatment to soldiers fighting in France during the First World War (1914-18).

The mobile surgery was the start of specialist dental treatment for soldiers. Before the First World War almost all dental treatment had been provided by general surgeons with just a few dental surgeons being sent to the Boer War (1899-1902) before their services were withdrawn. Most soldiers in history therefore must have suffered from toothache, especially given the general lack of oral hygiene, with the usual treatment being extraction of the tooth. 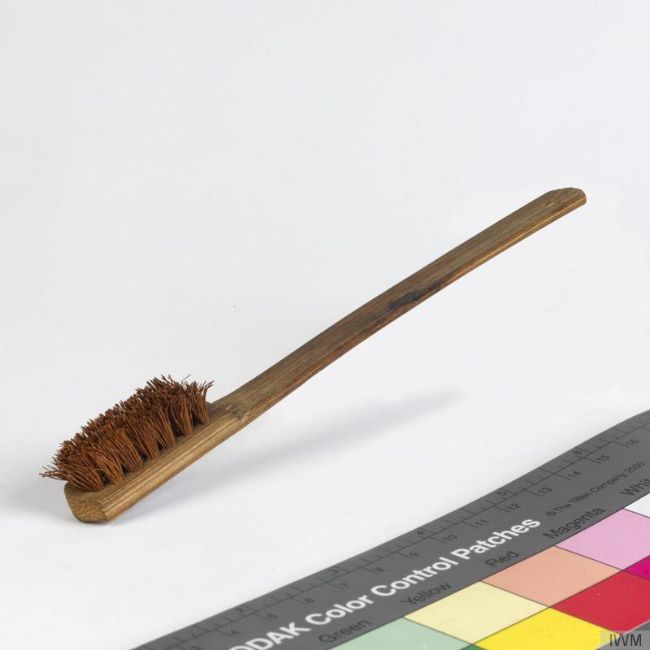 No Dentists on the Front Line

It is reported that in October 1914, during the Battle of the Aisne, Sir Douglas Haig, the commander of the First Army, was struck by severe toothache. As no dental surgeons had been sent out with the army they had to send to Paris for a French dentist. After this the War Office was asked to send dental surgeons to the active areas and 12 were sent in November for duty at casualty clearing stations. 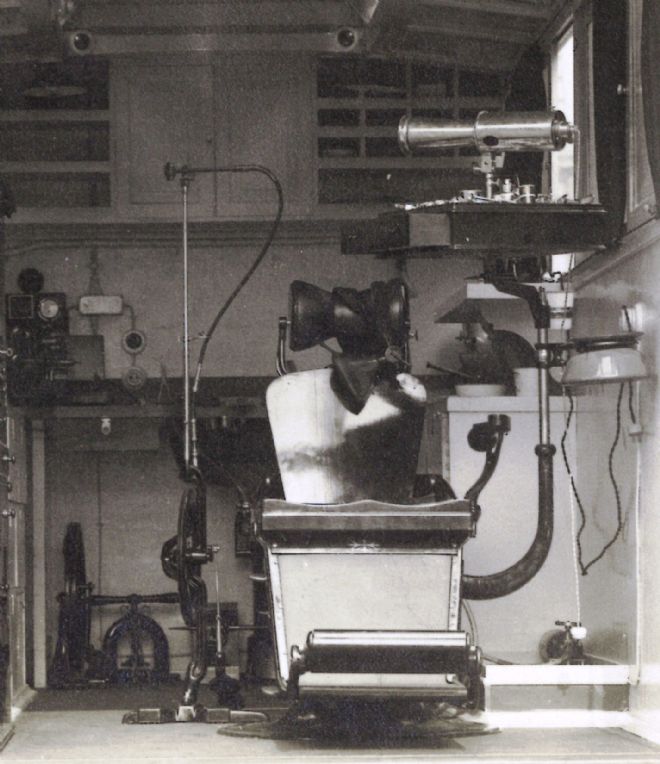 Treatment in the Field

As demand for treatment increased dental officers made periodic tours to work in the divisional areas taking equipment in an ambulance car. This enabled soldiers to be treated in the field without having to return them to a casualty clearing station. To improve the situation a mobile dental laboratory was given to the Army in May 1916 by the Civil Service Motor Ambulance Fund through the British Red Cross Society.

As well as extractions dental surgeons were able to carry out repairs to damaged teeth, and the technicians could make dentures.  This was very successful and eventually each of the five armies in France was given a similar mobile unit. The provision of dental treatment by trained dentists continued to grow until by 1918 over 800 dentists were serving in the Army either in the field or at home. This laid the foundation for the Army Dental Corps and therefore the proper treatment of teeth and soldiers able to concentrate on fighting without the distraction of avoidable toothache.

Casualty clearing stations - where injured soldiers were treated then either returned to the front to continue fighting, or transported to hospital
Dentures - false teeth
Extraction  - to take something out
In the field - at or near the place of battle
Oral hygiene - keeping the mouth and teeth clean to prevent dental problems
Next section