A Snapshot of M&S Packaging Through Time

The images here and on the next page represent a snapshot of how packaging has been developed at M&S over the years - some of the highlights are listed below and you can download the full timeline (in either PowerPoint or PDF format) using the links below. 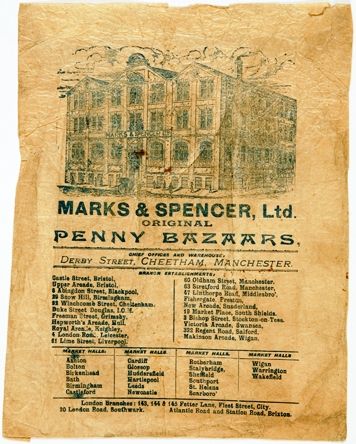 1903 -1905 M&S Branded Paper Bag
Pre-1900 - M&S sold small, simply packaged items such as buttons in the Penny Bazaars
1900s - First M&S branded carrier bags, the earliest had an illustration of the Head Office building in Manchester and listed all the stores in the country
1930s - Luxury goods were sold alongside the core homewares, and paper bags featuring art deco designs gave out a message of elegance and sophistication 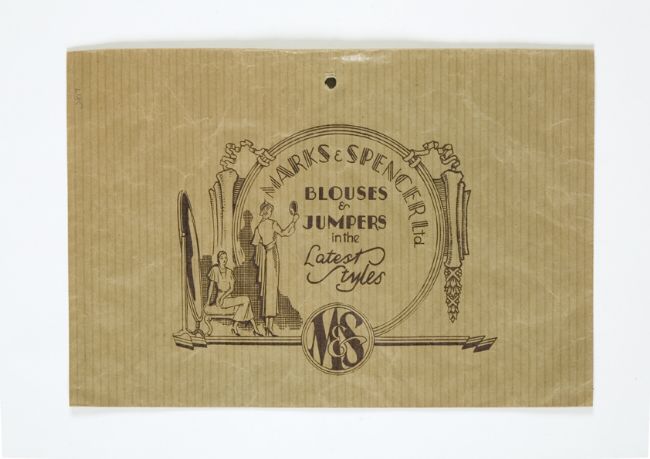 1930s M&S Branded Paper Bag with Art Deco Design
1959 - The St Michael brand name was featured extensively on packaging, with nearly 3,000 tons of paper being used for 410 million bags and carriers in this year alone 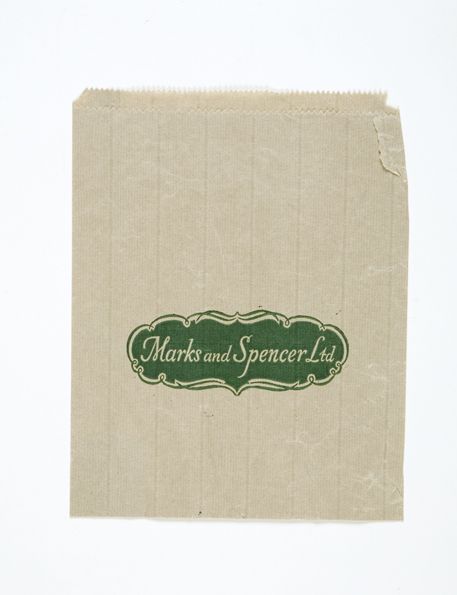 1950s M&S Branded Paper Bag
1969 -  Plastic was becoming more popular as a packaging material, and at the end of the 1960s the long-term plan was to stop using paper bags altogether and replace them with plastic carriers 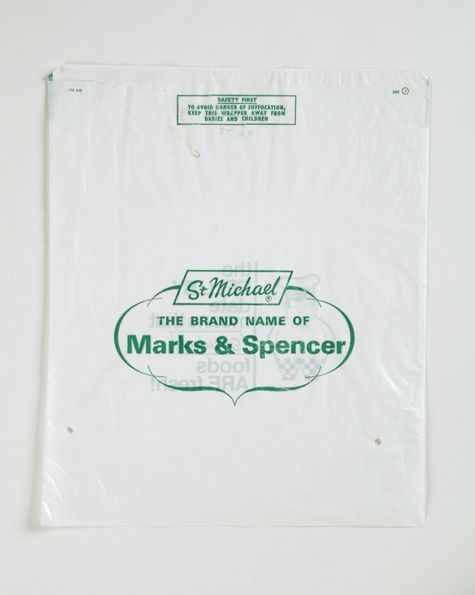 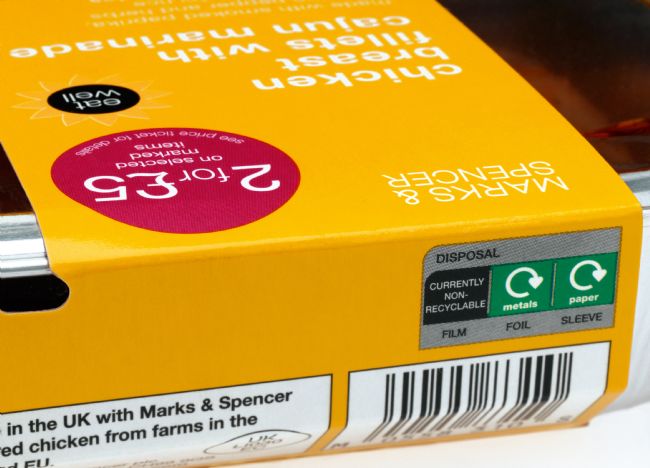 M&S Food packaging Showing Recycle Logos
1991 - People were beginning to understand that plastic bags weren’t good for the environment, and so M&S created a strong re-usable carrier bag that cost 15p
2008 - M&S  introduced a 5p charge for large food carrier bags with profits from sales of the bags going to charity 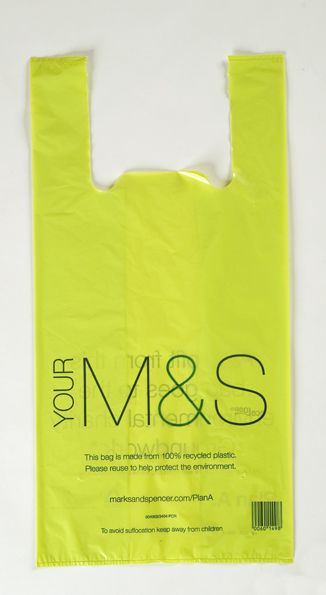 Art Deco - a style in art that was popular in the 1920s and 1930s
Elegance - grace and beauty
Illustration - a picture or image; a drawing
Luxury - something that is not essential but that people like to have because it is special (can be expensive)
Sophistication - showing good taste and wisdom
Next section