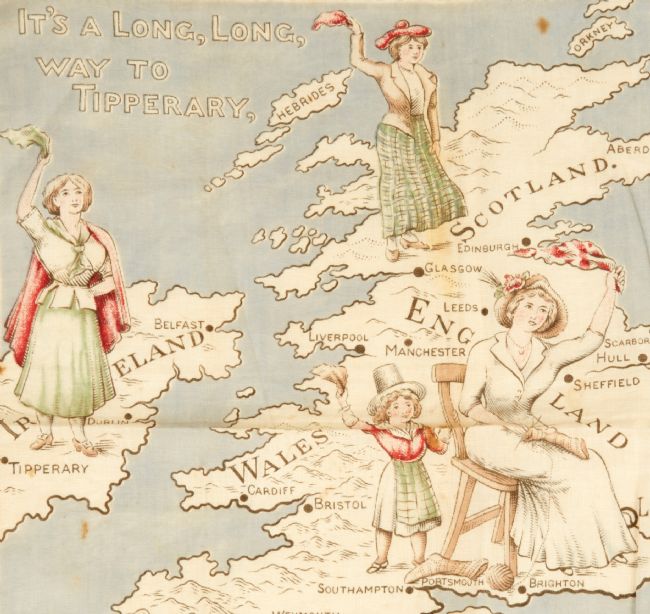 M&S 'It's a Long Way to Tipperary' Hankerchief
The cotton handkerchief pictured above was sold during the First World War in Marks & Spencer Penny Bazaars. It uses lyrics from the popular wartime song, ‘It’s a Long Way to Tipperary’, about a homesick Irish soldier worried that his sweetheart will run away with someone else and shows women from all parts of the United Kingdom and Ireland waving a soldier off to war. 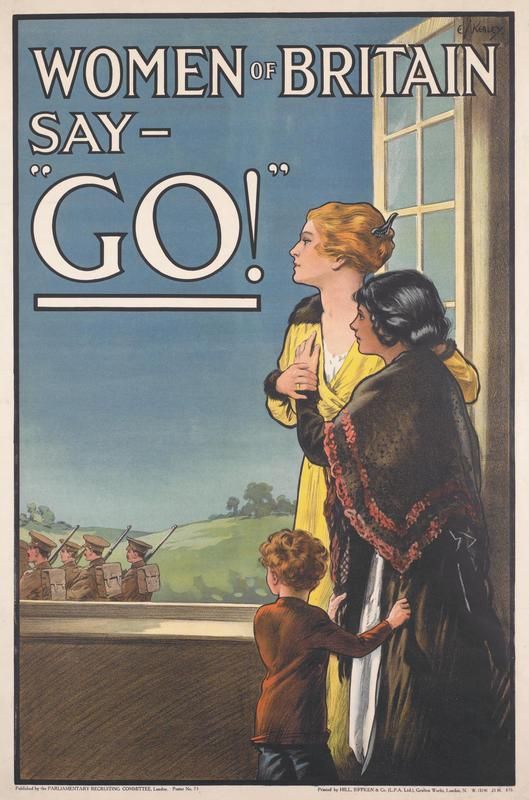 WW1 Propaganda Poster
Imagery of women and home was also used in WW1 recruitment posters, although for slightly different reasons. The poster above shows three women and a small boy waving off troops, alongside the caption ‘Women of Britain say “GO!”’ The implication is that, if a man does not ‘GO’ to war, then he is failing to defend vulnerable people in Britain.

The Idea of 'Home'

During the First World War, the idea of home became extremely important to serving soldiers. This time the action was taking place just across the Channel in France, rather than thousands of miles away, as in previous 19th Century conflicts, like the South African wars. British civilians were also under threat from air-raids and coastal bombings.
For the first time, Britain was vulnerable and wartime propaganda (like the poster above) encouraged people to think of soldiers fighting for their country and to keep their families safe. 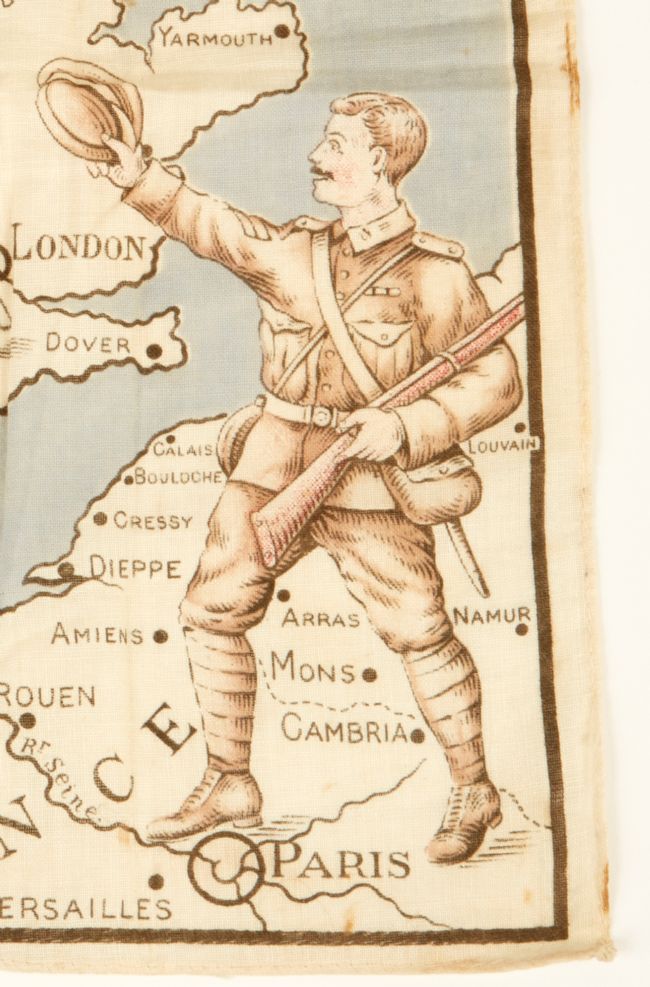 Detail of an M&S 'It's a Long Way to Tipperary' Handkerchief
When the numbers of new recruits were no longer sufficient to replace the men being killed at the Front, the British government had to introduce conscription in 1916. Thousands of men who had no desire to become soldiers were forced to leave their families and take up a military role. Many were extremely homesick, and songs like ‘It’s a Long Way to Tipperary’ provided some small comfort, reminding them that they were doing a worthwhile job to defend their loved ones.

Action – fighting, military action
Air-raids – bombings from the air
Civilian – someone who is not in the armed forces
Coastal – on the coast, by the sea
Conscription – when certain people have to serve in the military, by law
Recruit – to enrol someone as a worker or enlist them in the military
Sufficient – enough
Vulnerable – weak, without enough defences
Next section