Money, currency and bartering to get the things you want
View resources View related stories
Add to board

Money, Currency and Bartering to Get the Things you Want

This gold coin is called a stater and dates back to the 1st Century CE - the Iron Age. It was made by the Corieltavi tribe, but was used by other tribes too.  This particular coin was found in the land of the Celtic Parisi tribe, who lived in East Yorkshire alongside the Romans. They were a group of people who farmed in Yorkshire. 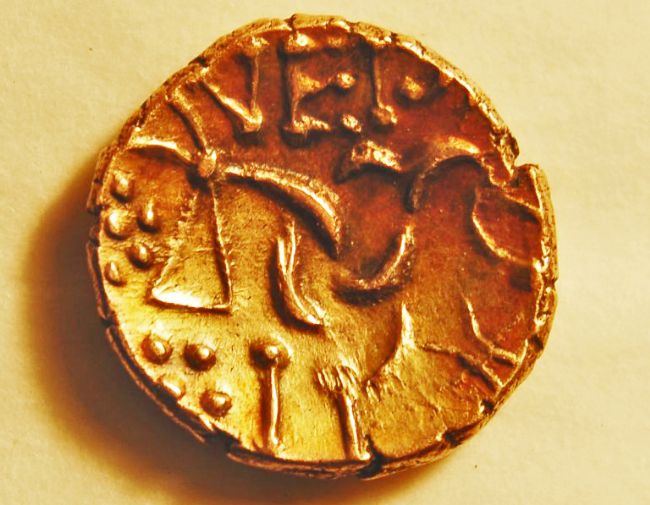 Iron Age Gold Coin from 1st Century CE
Between about 300 and 100 BCE, a custom special to the Parisi tribe was the chariot burials they gave their chieftons or wealthy members of the community. Chariot burials are tombs in which the dead person was buried together with their chariot. Finds of this kind of burial are rare, and the people buried were either chieftains or wealthy, or both. The East Yorkshire Parisi lived in the same way as other British people in most ways; they just had this unusual burial custom.

Iron Age - is the time after the Bronze Age, when the use of iron or steel became common
Chieftain - group leader or ruler
Negotiate - Bargain, consult or discuss