Friendship books are small notebooks filled with drawings, messages, poems, jokes and autographs written by soldiers. This friendship book dates from 1917 and belonged to Sergeant Joe Smalley, who served with the 10th Battalion of the York and Lancaster Regiment. 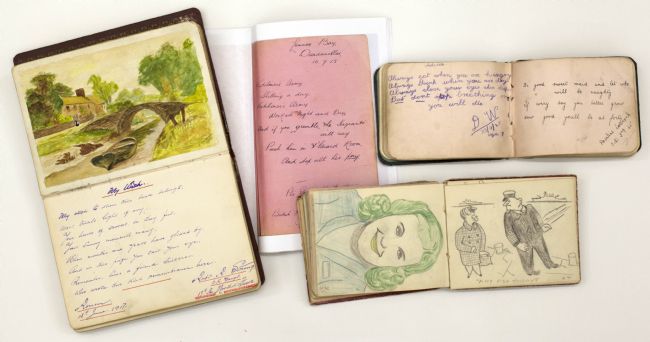 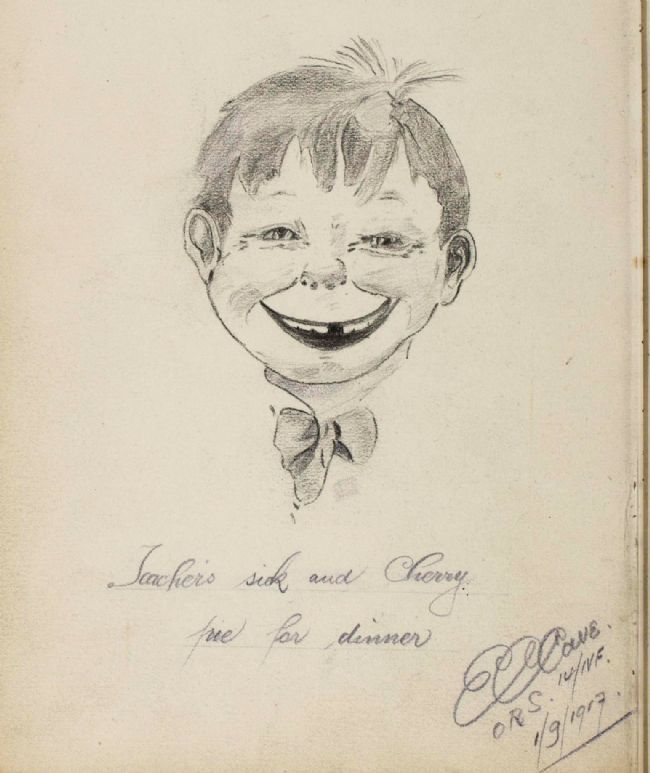 Pencil Portrait Sketch from a WW1 Friendship Book
Men became instant friends with the soldiers from other regiments and even other countries fighting alongside them. They had a shared sense of comradeship and looked out for each other. By asking them to write or draw something in his book, Joe Smalley was collecting mementoes of the friends he had made under very difficult circumstances. He would soon be moved on and was unlikely to ever meet any of them again. 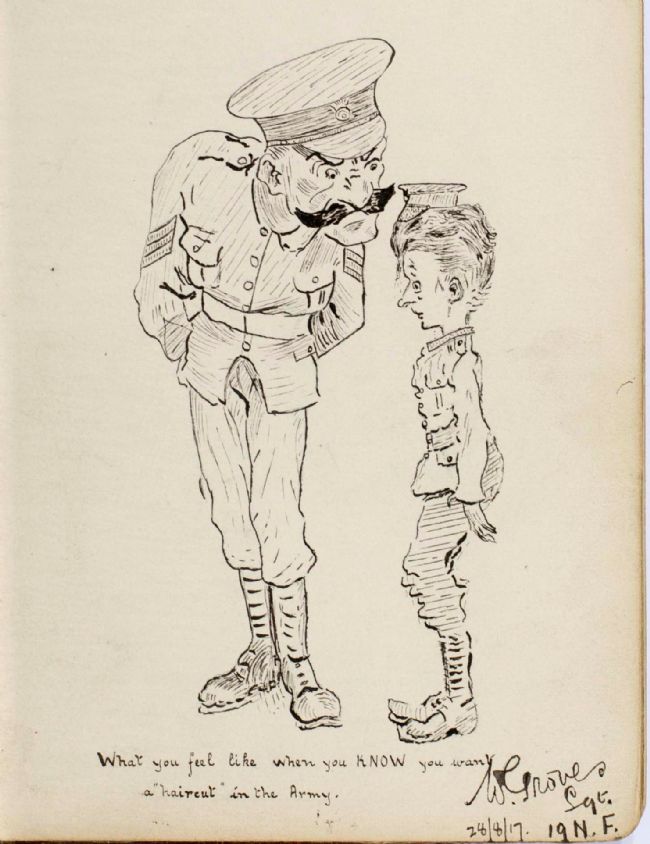 Pen and Ink Sketch from a WW1 Friendship Book

Autograph – A signature written as a memento
Battalion and Regiment – a military unit of about 1000 troops (during the First World War), divided into a headquarters and several companies. There are at least two battalions in a regiment
Comradeship – Sense of trust and friendship among people who are working together
Memento – An item kept as a reminder of a person or event
Next section

What does a Wartime Autograph Book Contain?