Why did Young Irish Men and Boys Volunteer for the War?

This resource is one of a series created to commemorate the First World War Centenary in 2014-2018. 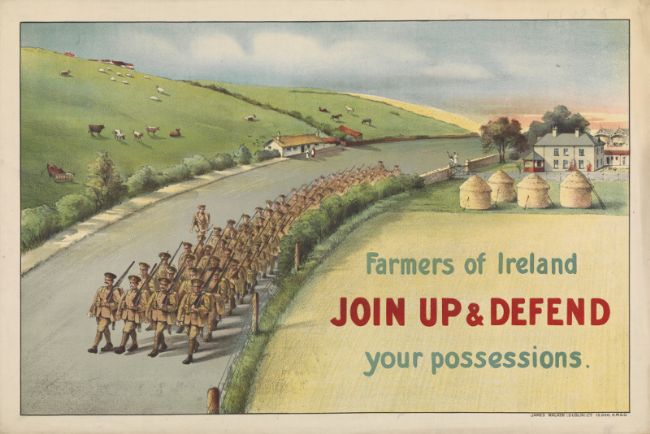 WW1 British Government Propaganda Poster
The letter shown below was written by Alfie Knight, a nine year old boy from Dublin in Ireland to Field Marshal Lord Kitchener, who was Secretary of State at the time of the First World War. Kitchener’s appeal for recruits produced an overwhelming response from men of all classes.  Within weeks half a million men had volunteered. 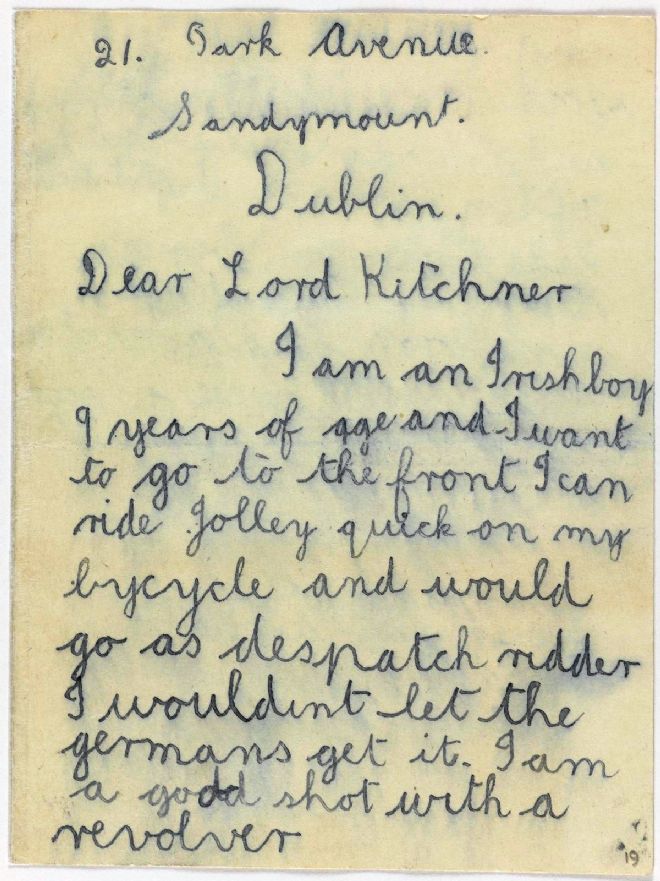 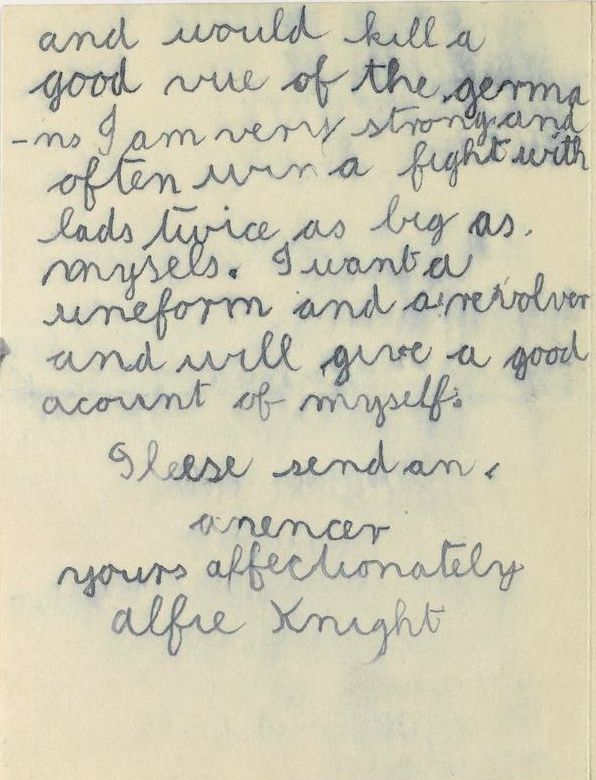 Letter from Alfie Knight to Lord Kitchener 1914 (p2)
The letter reads (spelling as in original):
'Dear Lord Kitchner, I am an Irish boy 9 years of age and I want to go to the front. I can ride jolley quick on my bycycle and would go as despatch ridder I wouldnt let the germans get it. I am a good shot with a revolver and would kill a good vue of the germans. I am very strong and often win a fight with lads twice as big as mysels. I want a uniform and a revolver and will give a good account of myself. Please send an anencer, yours affectionately Alfie Knight' 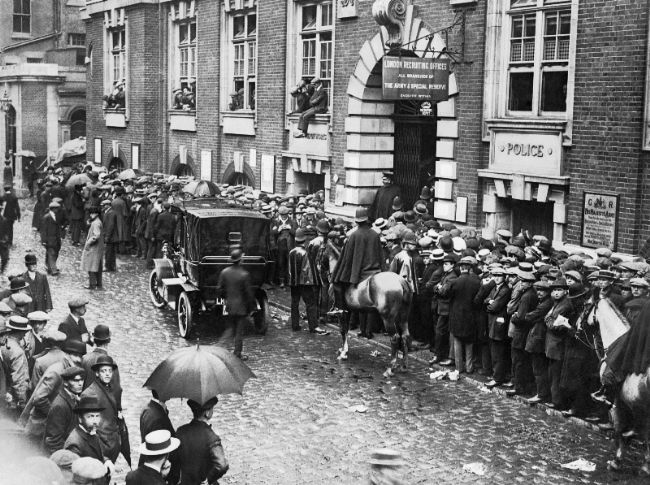 WW1 Recruiting Office, London
Alfie received a reply from the War Office, which reads:
‘Lord Kitchener asks me to thank you for your letter, but he is afraid that you are not yet quite old enough to go to the front as a dispatch rider.’
Alfie would have to wait another nine years before he reached the official age for enlistment, although some boys lied about their age and successfully enlisted.
There are some ideas for discussion and activities on the teachers' notes page.